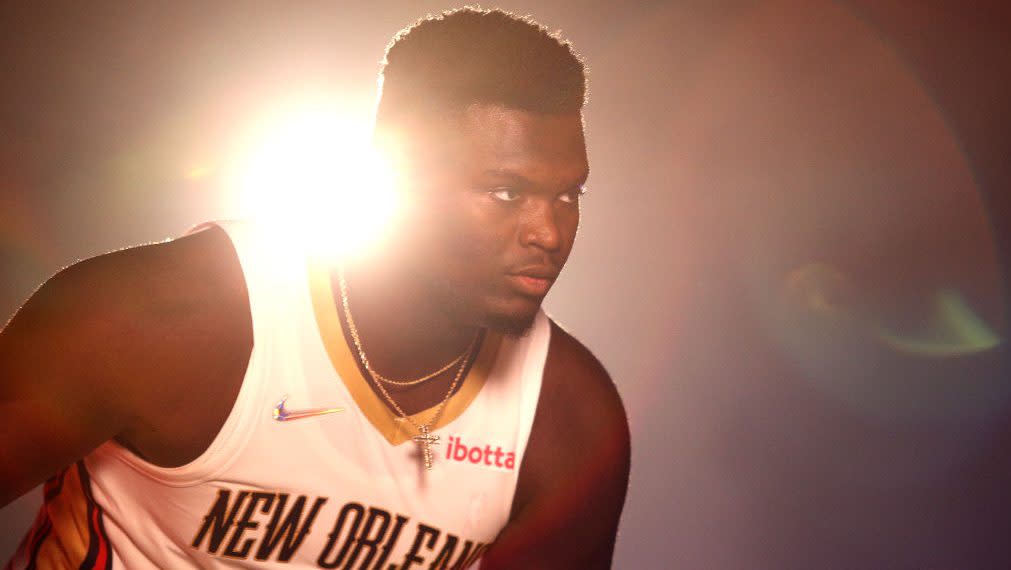 With a lot of smoke wafting around the league about Zion Williamson not loving New Orleans, the young star came out on media day and talked about how much he loved the city and team. It just got overshadowed by the revelation he had foot surgery this offseason, but Zion made his point.

To make sure everyone heard him, Zion talked about his desire to stay in New Orleans on Sirius XM NBA Radio, then put those quotes on his Instagram story.

One should always take the “I love it here, I never want to wear another jersey” comments from any player anywhere with a grain of salt. Not that we need to tell New Orleans fans that. Sometimes players say it and don’t mean it; sometimes they mean it but the situation changes.

There is no reason to doubt Zion, he very likely means what he says. That doesn’t change the fact there was a lot of smoke coming out of New Orleans last season about Zion’s frustration with the organization. Some of that is coming from Zion’s family members, and how much his representation at CAA is fanning those flames is up for discussion, but there is at least something there. Something worth watching.

Next offseason, the Pelicans can — and almost certainly will — offer Zion a max extension of his rookie contract. No player has ever turned down that max extension, that first generational wealth contract, and it’s unlikely that Zion would either. Just know other teams around the league are watching the situation.

No matter what Zion says.

Check out more on the Pelicans