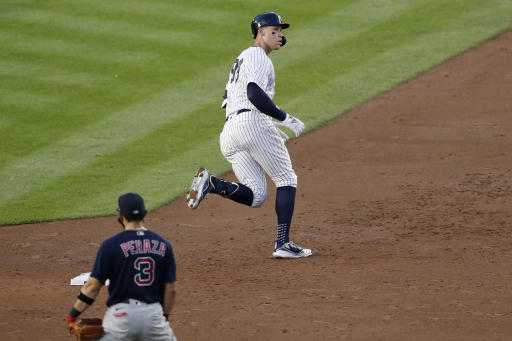 The big slugger connected off left-handed reliever Matt Hall in the second inning, sending a three-run drive off the facing of the second deck in left field at Yankee Stadium to give New York a 3-2 lead over the Boston Red Sox.

The previous Yankees hitter to go deep in five straight games was Alex Rodriguez in September 2007. Judge joined A-Rod as the only players in club history to hit five home runs in the first eight games of a season. Rodriguez also did that in 2007.

Judge had never homered in four games in a row until connecting during Saturday night’s 5-2 victory over Boston. The two-time All-Star led the American League with 52 home runs in 2017, when he was the AL Rookie of the Year and runner-up for MVP. Limited by injuries the past two years, he hit 27 homers each season.