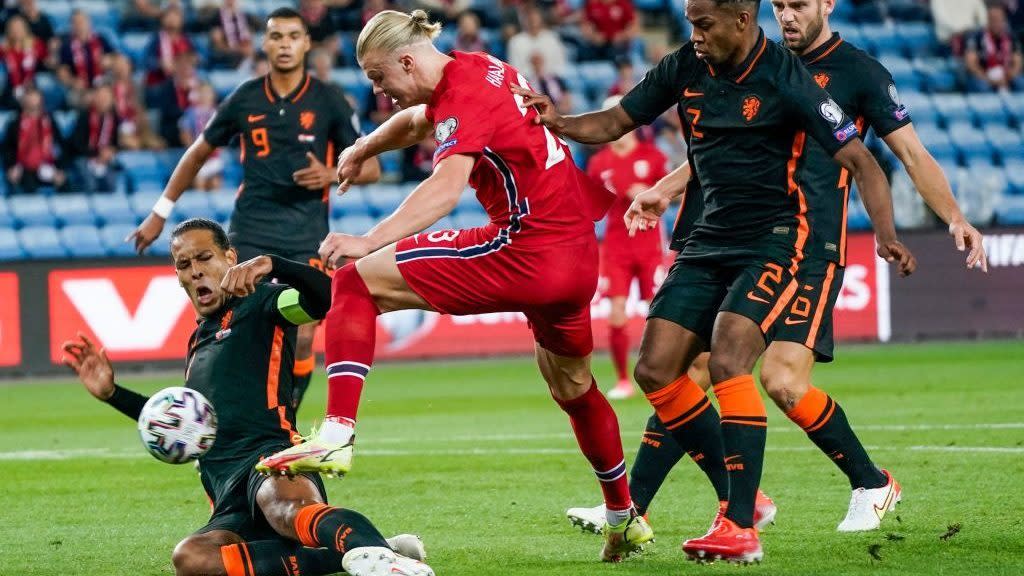 World Cup qualifying is back!

Africa kicked off its second round of qualifying for Qatar 2022 on Wednesday, while Europe rolled further into its group stage ongoing since March.

Cristiano Ronaldo broke a world men’s goals record to avoid going from GOAT to goat in poor fashion, while Kazakhstan and Libya will be celebrating notable results and Egypt will be relieved to have won without Mohamed Salah.

The first day of African qualifying for the 2022 World Cup didn’t raise too many eyebrows with four hosts winning, but there was a big upset.

FIFA’s 85th-ranked team Gabon fell to No. 122 Libya 2-1 as the Libyans kept Pierre-Emerick Aubameyang off the scoreboard to start the round off right.

The distinct lack of Mohamed Salah in red-listed Egypt wasn’t a major obstacle as Mohamed Magdy Afsha’s fifth-minute penalty led the Pharoahs to a 1-0 win over Angola.

Another Liverpool player, Sadio Mane, broke the ice with a 56th-minute goal in Senegal’s 2-0 home win over Togo.

Talk about a day that was heavy on draws and light on fireworks.

Maybe those were all saved for Portugal, where Ronaldo set a new international men’s record for goals on a pitch he was fortunate to stay on following a swing at Ireland’s Dara O’Shea.

Ronaldo also missed a penalty and failed to beat John Egan to a corner before rescuing Portugal from blushes with two goals after the 88th minute.

Erling Haaland scored as Norway held the Netherlands 1-1 and kept Group G a toss-up through four match days. Turkey’s eight points are one more than the Netherlands, Montenegro, and Norway, and the Crescent Stars have played three of their five home qualifiers and lost their only away trek 3-0 to Norway.

Kazakhstan collected a home draw again world No. 25 Ukraine, which apparently is only taking this one point at a time after its fourth draw in four matches.

That’s allowed France to get by with a pair of home draws, including Wednesday’s 1-1 draw with Bosnia and Herzegovina to hold first place in the group with eight points, though Finland, BNH, and Kazakhstan have all matches-in-hand.