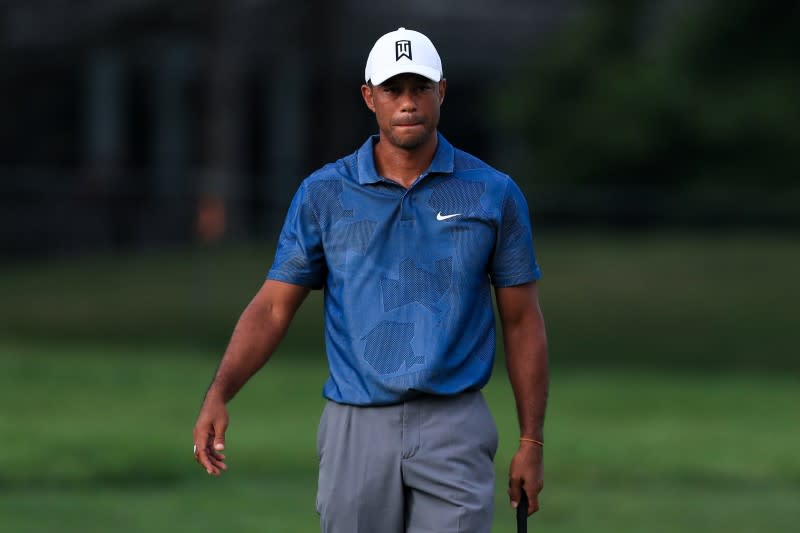 (Reuters) – Five-times champion Tiger Woods said his troublesome back was an issue as he struggled during the second round of the Memorial Tournament in Dublin, Ohio on Friday.

Woods, despite playing in much easier scoring conditions than Thursday’s opening round at Muirfield Village Golf Club, was visibly frustrated during a round in which he hit just five of 14 fairways and 10 of 18 greens in regulation.

«It started this morning during the warm-up. It wasn’t quite as good as I’d like, and it is what it is.»

Woods, who began on the back nine, birdied the par-three 12th where his tee shot settled two feet from the cup but he then played the next eight holes at six over par.

He followed a bogey at the par-four sixth with two straight birdies en route to a four-over-par 76 that left him at three over on the week in his first PGA Tour event in five months.

Woods, who has had several back surgeries during his storied career, said it often happens that he can wake up feeling fine and then suddenly something goes wrong during warm-ups.

«Well, the last four or five years have been difficult as I’ve gone through procedures and have tried to come back,» said Woods. «It’s going to happen more times than not.»

(Reporting by Frank Pingue in Toronto; editing by Ken Ferris)