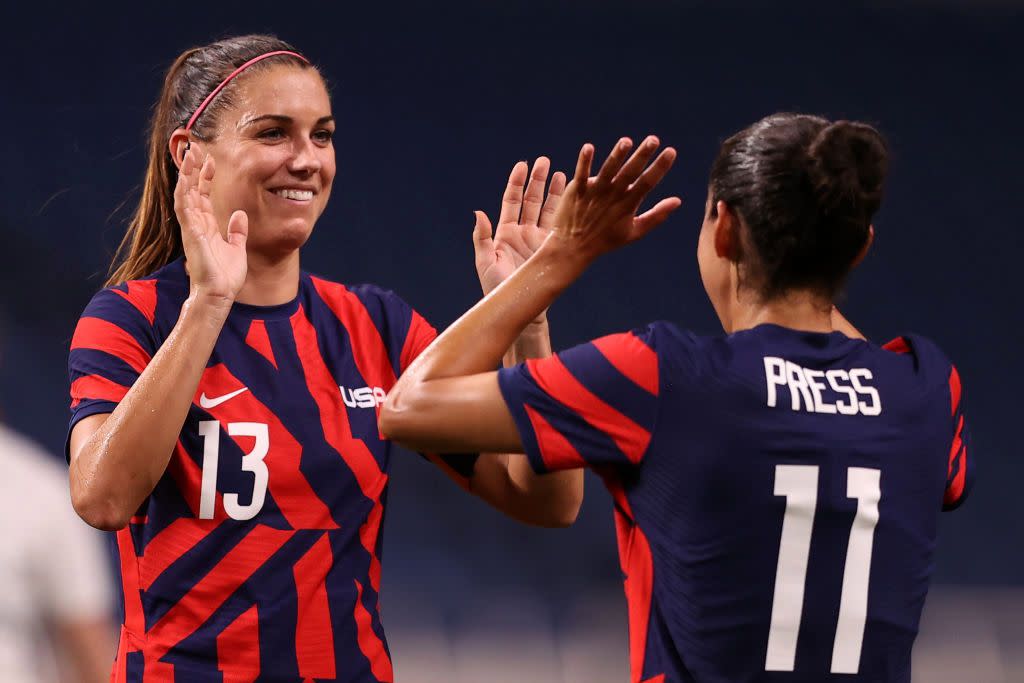 The Women’s Olympic soccer tournament is stacked in Tokyo and it has already been one heck of a tournament.

And we will have you covered throughout.

The United States women’s national team have won the last two World Cups, but their 2016 Olympics was a rare failure as the team failed to medal for the first time in six tournaments.

After being hammered in their opening group game by Sweden, the USWNT hammered New Zealand to get back on track and set up a huge Group G finale with Australia on Tuesday.

Elsewhere, Great Britain and Sweden both qualified for the quarterfinals as the former beat hosts Japan 1-0 and the latter battled past Australia 4-2 as they each made it two wins from two games so far.

Brazil and the Netherlands put on a show in Miyagi with a wild 3-3 draw as Marta scored (her 12th Olympic goal) and Dominique Janssen scored an incredible free kick to keep the Netherlands top of their group, and you can see her stunning strike in the video below. What a hit.

Elsewhere, China and Zambia played out a crazy 4-4 draw as Wang Shuang scored all four goals for China, while Barba Banda has now scored back-to-back hat tricks to kick off the Olympics for Zambia.

They have conceded 14 goals but scored seven and they now face Brazil in their final group game. Expect plenty of goals in that one.

Remember: eight of the 12 teams competing in the women’s tournament reach the last eight, so the top two teams from the three groups make it through, then the two best-placed third-place teams also reach the quarterfinals.

As always, NBC is home to the Olympics and will provide coverage, which can be accessed on local NBC stations as well as streamed on NBCOlympics.com, NBC Sports, and Peacock.

When is Soccer at Tokyo Olympics 2020?

Who is on the USWNT roster for the Olympics?

And maybe some you don’t. Here’s the 18-player USMNT squad for the Tokyo Olympics.

Women’s soccer at the Olympics — Standings