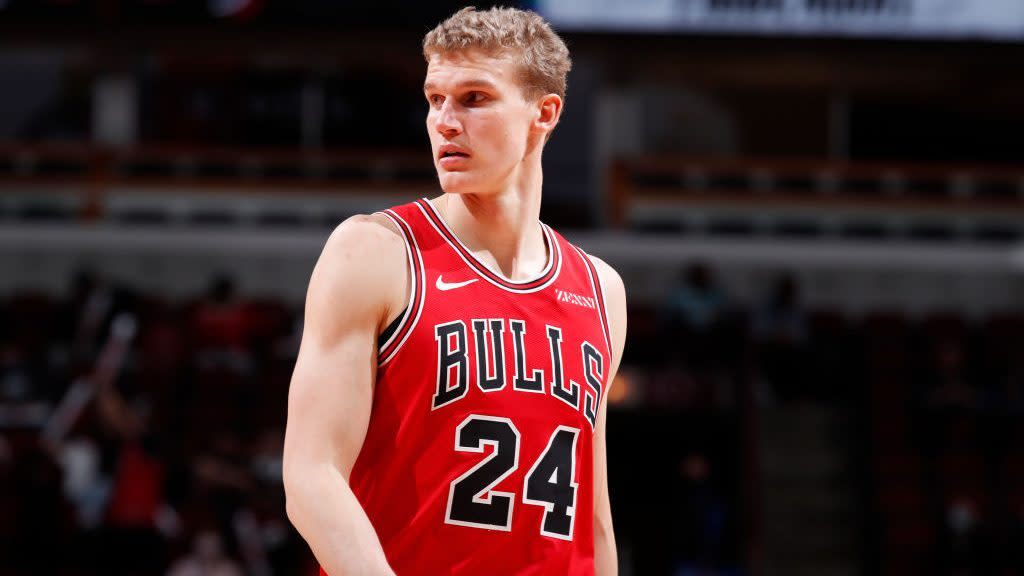 Lauri Markkanen was the biggest free agent on the board (well, him or Paul Millsap), and he wanted out of Chicago, but there seemed to be little momentum toward a deal as the summer dragged on.

Then out of nowhere came Cleveland and what is ultimately a three-team trade with Chicago and Portland that makes Markkanen a Cavalier. As part of this, Markkanen gets a new four-year, $67 million contract (only about $57 million is guaranteed, but still…).

Who won in this deal and who lost? Let’s break it down. But first, here is who each team added in the trade:

Markkanen went into the offseason wanting out of Chicago, to find a larger role with another team, and to get paid north of $14 million a season. Even a week ago, that all seemed like a longshot, with rosters filled and the best offers seemingly around the mid-level exception ($9.5 million).

Then in come the Cavaliers — Markkanen has gotten at least two out of the three things he wanted. He is out of Chicago and has a four-year, $67 million contract paying him an average of $16.7 million a season (only $6 million is guaranteed in the final season). Does he have a bigger role on a Cavaliers team with Evan Mobley and Jarrett Allen up front, plus Kevin Love in the mix? Maybe not, but he gets the chance to impress J.B. Bickerstaff and earn more run. This was as good as it would get for the Finnish big man.

What exactly is the plan here? They draft Evan Mobley No. 3, and he has to be the long-term plan at center with his game that fits beautifully as a modern five (think more Anthony Davis in style than Dwight Howard). However, it’s likely a couple of years until Mobley is physically ready to be an NBA center, so for now he slides over to be a stretch four and the Cavaliers re-sign Jarrett Allen as their center (although five years, $100 million was an overpay).

Where exactly does Markkanen fit in all this? More than long-term fit, the Cavaliers traded away a more reliable and, I would argue, better player in Larry Nance Jr. for the right to pay Markkanen way more money. Yes, Markkanen is a better shooter than Nance (40.2% from 3 last season), but he’s a much worse defender and not as good a playmaker/passer. Maybe the Cavaliers play Markkanen at the three next to Mobley and Allen, but that is a defensive disaster waiting to happen (Markkanen can’t guard threes).

Again, what is the plan here?

The four has been the black hole in Portland. The other four starting spots are set — Damian Lillard, CJ McCollum, Norman Powell, Jusuf Nurkic — but the Trail Blazers needed defense and shooting at the four. Now, between Nance and Robert Covington, the Trail Blazers are improved and deeper at that position.

Is this moving them into contention in the West? No. Not even close. The “will he/won’t he” Lillard cloud still hangs over this team. But this is a good pickup, a solid single (maybe a double in the gap if everything goes right) that makes the Trail Blazers better.

They wanted a first-round pick to facilitate a Markkanen sign-and-trade, and they got it — a lottery-protected first, but that was as good as they were going to get. Chicago needed picks after sending so many out to make sure they got Nikola Vucevic and DeMar DeRozan, now they added back a first rounder. Derrick Jones Jr. struggled to find a fit in Portland, but he will be part of the Bulls’ rotation and if he can get back to his Heat form that’s a solid pickup.

Here’s more on the Bulls