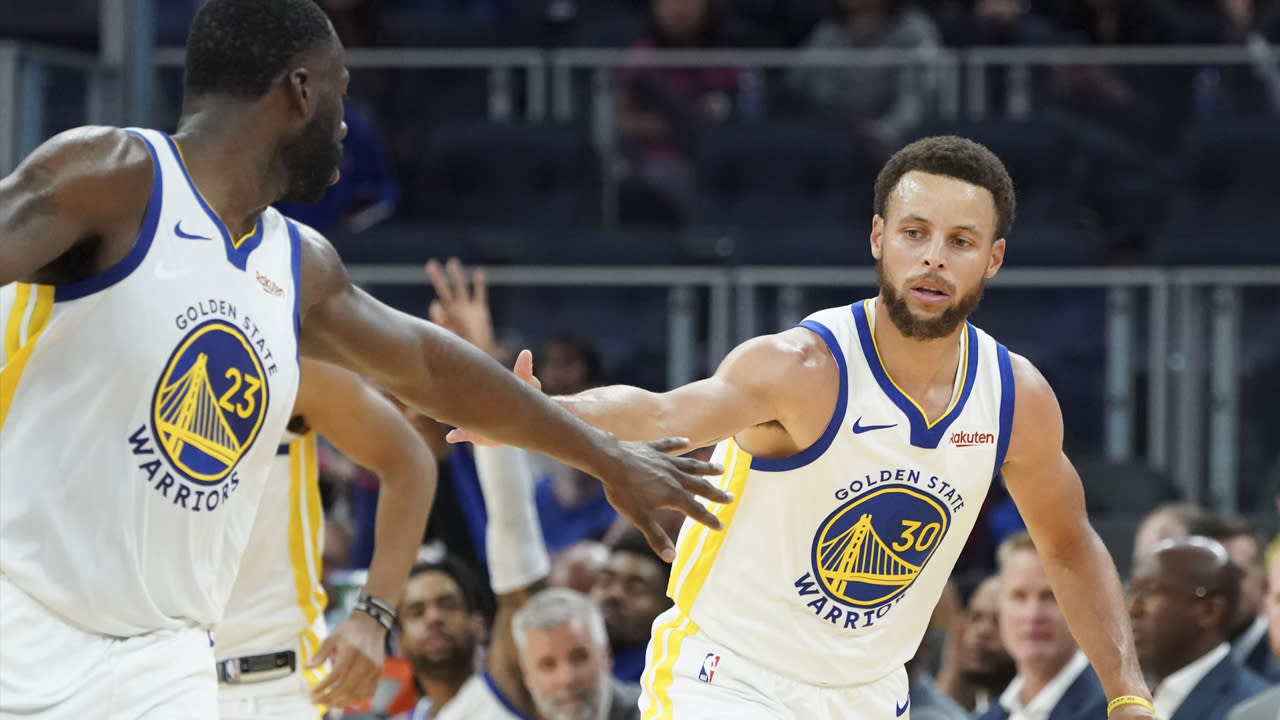 Why Stephen A. isn’t sleeping on Warriors this season originally appeared on NBC Sports Bayarea

In the eyes of many, the Warriors went from NBA title contender to a borderline playoff team when Klay Thompson sustained a season-ending torn Achilles on Nov. 18.

It was a catastrophic injury that put a huge dent in the Warriors’ hopes heading into the 2020-21 NBA season.

But the Warriors aren’t throwing in the towel on the upcoming season. General manager Bob Myers drafted James Wiseman with the No. 2 overall pick in the 2020 NBA Draft and then added Kelly Oubre Jr. in a trade with the Oklahoma City Thunder a few days later.

With a healthy Steph Curry, a motivated Draymond Green and a full season of Andrew Wiggins, the Warriors should still be a very good team.

If you’re completely writing off the Warriors as a contender in the Western Conference, that might not be a wise move.

ESPN’s Stephen A. Smith explained this week why he’s not sleeping on the Warriors this season.

«I have never seen someone, a leader, generate the level of selflessness that Steph Curry generates from his teammates,» Smith said on «First Take» on Thursday. «They all know instinctually, when it comes to shooting the ball, if that brother has got an inch free, give it to him. His movement without the basketball, his sniper-like marksmanship, all of those things considered, combined with Wiseman, a rim protected you picked with the No. 2 overall, being on the front court with Draymond, a Jordan Poole, others. Kelly Oubre is a big pickup.

«I believe, with Steph Curry, could they pull it off? Could they upset? Could they get to a conference finals? Hell yes. I got the [Los Angeles] Lakers as my favorite. I got the [Los Angeles] Clippers as the No. 1 team to watch. But I do not sleep on any team with a healthy Steph Curry and weapons. Not shooting weapons, but the other weapons around him. Man, I can’t sleep on them.»

Smith’s co-host, Max Kellerman wasn’t as optimistic about the Warriors’ chances of going far, mainly because of the lack of a second above-average shooter.

«With that little shooting, you’re not going to get to the NBA Finals,» Kellerman said. «It’s not going to happen, even with Steph Curry.»

Curry and Green feed off the doubters, so they will be motivated by all the pundits saying they don’t have a chance without Thompson.

It’s not often that Stephen A. says something we agree with, but he’s right. Don’t sleep on the Warriors.