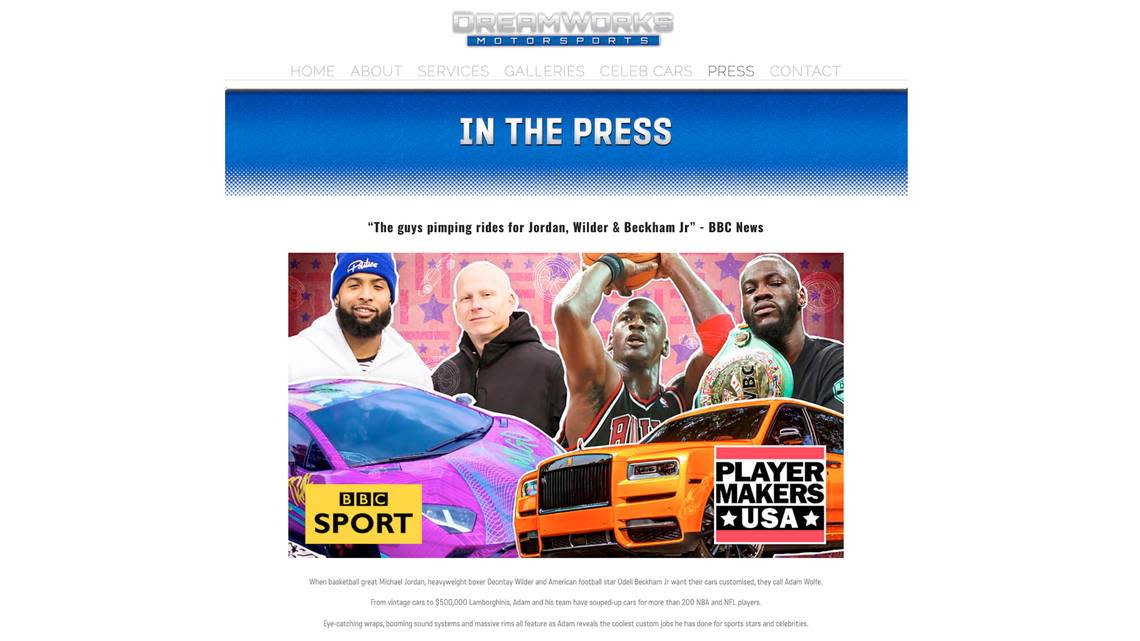 One of them is with Dreamworks Motorsports, a Roxboro-based business that specializes in customizing cars for celebrities, most of them athletes.

The white 2017 Jeep Michael Savarino was driving when N.C. Highway Patrol officers witnessed him rolling through a stop sign early Sunday morning in rural Orange County is registered to Banchero through Dreamworks.

The company’s Roxboro address on Leasburg Road is listed on the police reports detailing Savarino’s subsequent driving while impaired arrest and the citation Banchero received for a lesser charge of aiding and abetting DWI.

Prior to last July 1, when the NCAA altered its longstanding policy that prevented college athletes from making money from endorsements, such an arrangement would have been brought to the NCAA’s attention as a possible rules violation.

In the new world where athletes can profit off their name, image and likeness, the deal is now standard operating procedure.

Banchero, a 6-foot-10, 250-pound forward from Seattle who is already projected as the possible No. 1 overall pick in next summer’s NBA Draft, signed a deal with Creative Artists Agency (CAA) for marketing deals last August. CAA, a giant in the sports marketing world, also represents former Duke star and current New Orleans Pelicans forward Zion Williamson, among others.

In early September, Banchero became the first college player to sign a deal to appear in the popular NBA2K video game. The latest version of the game, NBA2K22, was released on Sept. 9.

On Sept. 28, he signed a multi-year deal with Panini, a trading card and collectibles company.

The deal with Dreamworks arose from CAA’s aggressive approach to land Banchero a car endorsement deal.

According to a copy of CAA’s pitch, obtained by the News & Observer, CAA asked a company to provide Banchero a loaner vehicle for the NCAA season in exchange for in-store appearances, his use in advertising, 25 autographs for the company’s use, game-worn shoes and tickets to Duke home games.

“Paolo is obviously a world class athlete,” the letter stated, “but once you meet him you will see he is an even more impressive person off the court.”

Messages left for Adam Wolfe, Dreamworks president, by the News & Observer on Tuesday and Wednesday were not returned.

Another one of the customers included on the website is Henry Ruggs, an NFL wide receiver from Alabama who was the Las Vegas Raiders’ first-round draft choice in 2020. Dreamworks customized a Chevrolet Corvette C8 Stingray for Ruggs and the details and photos of the car are displayed on the company website. On Nov. 2, Ruggs was driving that vehicle with a blood-alcohol level of 0.161 at 156 mph when he crashed into a Toyota RAV4, killing its 23-year-old driver and her dog.

Duke assistant coach Nolan Smith, the 2011 ACC player of the year during his Blue Devil playing career, is also featured among Dreamworks’ customers. Photos of his white 2017 Jeep Wrangler are on the Dreamworks website.

Savarino, Krzyzewski’s grandson, is temporarily off Duke’s basketball team pending the outcome of his DWI charges and adjudication from the school’s student disciplinary process. In accordance with N.C. law, his driver’s license is automatically suspended for 30 days.

Banchero has a Dec. 8 court appearance in Orange County on the aiding and abetting DWI charge.