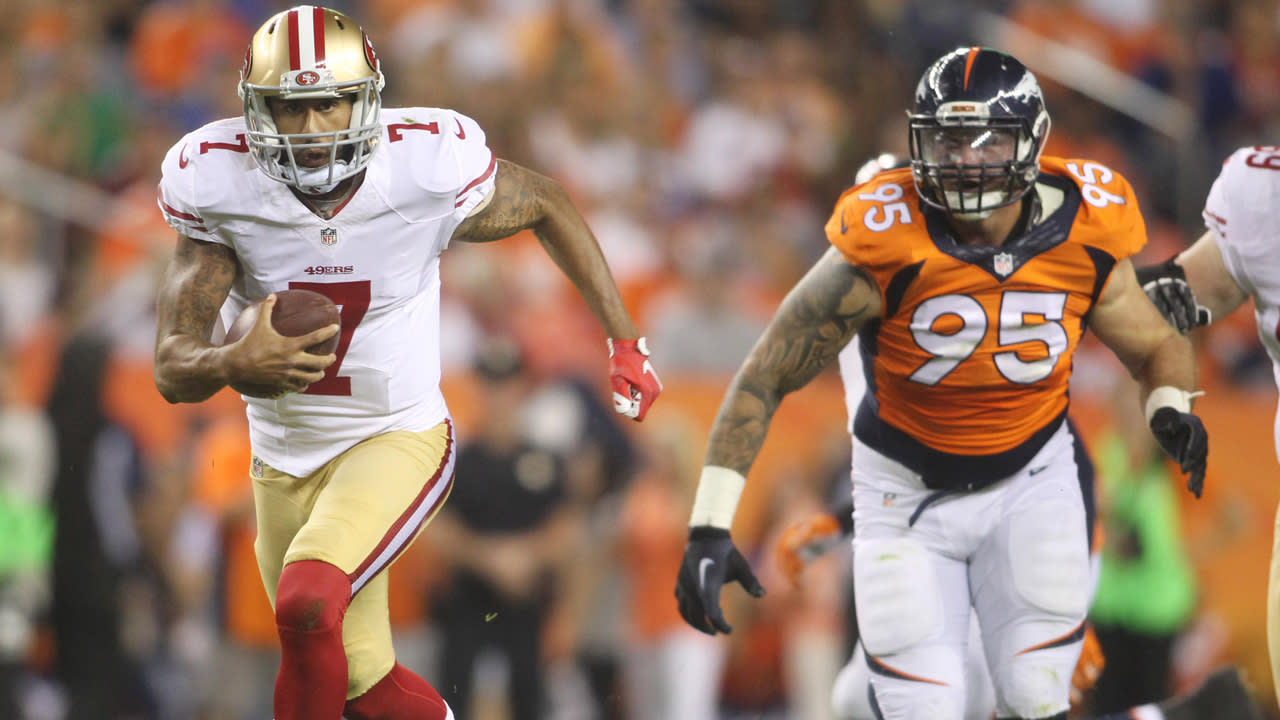 The Denver Broncos have a major, major problem on the eve of their game against the New Orleans Saints: They don’t have an eligible quarterback on the active roster.

In a bizarre scenario that came to a head Saturday, all four quarterbacks on the Broncos’ roster were deemed ineligible for Sunday’s game in Denver due to COVID-19-related issues.

Jeff Driskel tested positive for COVID-19 on Thursday, and Drew Lock, Brett Rypien and Blake Bortles all came in close contact with Driskel while they weren’t wearing masks.

Here’s how Denver got wiped out at the QB position in a 72-hour span:

Drew Lock, Brett Rypien and Blake Bortles did not wear masks, per a source, and were deemed high-risk close contacts today. They now are out Sunday.

When the news of the Broncos’ situation started hitting Twitter, a lot of fans wondered if Denver might be able to sign former 49ers quarterback Colin Kaepernick, who remains a free agent since parting ways with San Francisco in 2017.

But Kaepernick would not be able to sign with the Broncos on Saturday night and suit up for them Sunday against the Saints, due to COVID-19 protocols that he would have to clear.

1. COVID-19 protocols would still prohibit him from suiting up tomorrow.

2. John Elway & DEN already had their chance and the two parties did not come anywhere close to an agreement

Based on the protocols in place, it would take at least six days for Kaepernick to become eligible to play, so the most likely scenario is for the Broncos to find someone already within the organization who can play quarterback.

Per team source: Looking more and more like former Wake QB and current Broncos PS WRKendall Hinton will be Broncos QB tomorrow and NOT Royce Freeman per league source.

This past Monday, Kaepernick posted a one-minute video detailing the work he and fellow former 49er Eric Reid are putting in while waiting for NFL teams to call them.

Kaepernick took a seat during the national anthem in 2016 to protest racial and social injustices. He then began kneeling during the anthem, and Reid was among the 49ers players to join him.

While Kaepernick hasn’t played in the NFL since Jan. 1, 2017, Reid suited up for the Carolina Panthers in 2018 and 2019. He remains a free agent this season.

The argument could be made that Kaepernick would be a better option than Minton to start Sunday since he actually plays the quarterback position. But the NFL’s COVID-19 guidelines won’t allow Kaepernick to play so soon. So while it was a fun idea, it won’t happen.