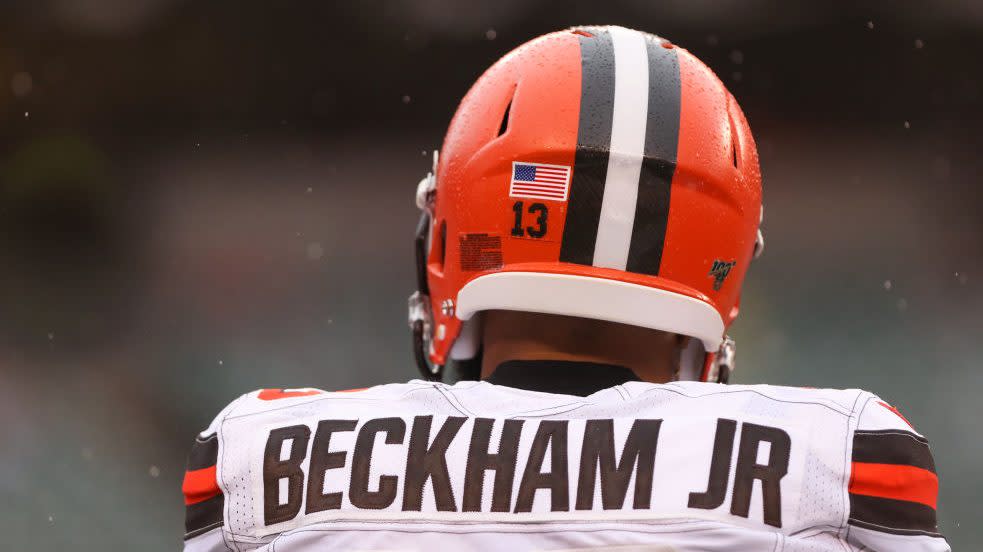 Odell Beckham Jr. has been a free agent for nearly 18 hours. How much longer will that last?

It’s surprising it’s even lasted this long. We’ve known for a week that he’s going to be available. Teams didn’t begin thinking about it last night and/or talking to his camp at 4:01 p.m. ET on Tuesday. Tampering happens all the time. There’s no reason to think teams weren’t having hypothetical conversions about hypothetical contract offers to hypothetical players who may become hypothetically available, hypothetically.

Here are the teams we’re currently keeping an eye on as things churn a lot more slowly than many thought they would.

Patriots: They’re the only team whose affirmative contact to Beckham’s camp has been publicly reported. If that leak came from Beckham’s camp, that could be enough to get the Patriots to back off. The team routinely makes it clear to potential free agents and their agents that if word of the interest leaks prematurely, the Patriots will move on.

Seahawks: Over the weekend, the Seahawks were the team Beckham preferred. On Monday, coach Pete Carroll was just coy enough to make it clear the interest is mutual. The question is whether Carroll has truly had the kind of epiphany during a month without Russell Wilson that would make him embrace an offense that runs through the quarterback, and that will extensively distribute the football to three high-end receivers.

Saints: They talked to the Browns about a trade for Beckham, so they’re obviously in the mix. The question is whether Beckham will take whatever the Saints can pay.

Packers: It makes sense, plenty of sense, for the Packers to add Beckham to the offense. How would Aaron Rodgers and Beckham co-exist, however? That’s a fair question given the oil-water mix between Beckham and Baker Mayfield.

Rams: Teddy KGB would love to splash the pot with OBJ.

49ers: One of the teams linked to Beckham over the weekend, coach Kyle Shanahan had a high opinion of Beckham three years ago (per Chris Simms). What does Shanahan think now? And are the 49ers good enough to attract Beckham’s attention?

Buccaneers: They’ve added Breshad Perriman to the practice squad, which suggests that Antonio Brown will be out even longer. It would be the ultimate all-in Tom Brady move to try to further stack the deck with OBJ. It currently seems unlikely, however.

Who’s really in the mix for OBJ? originally appeared on Pro Football Talk