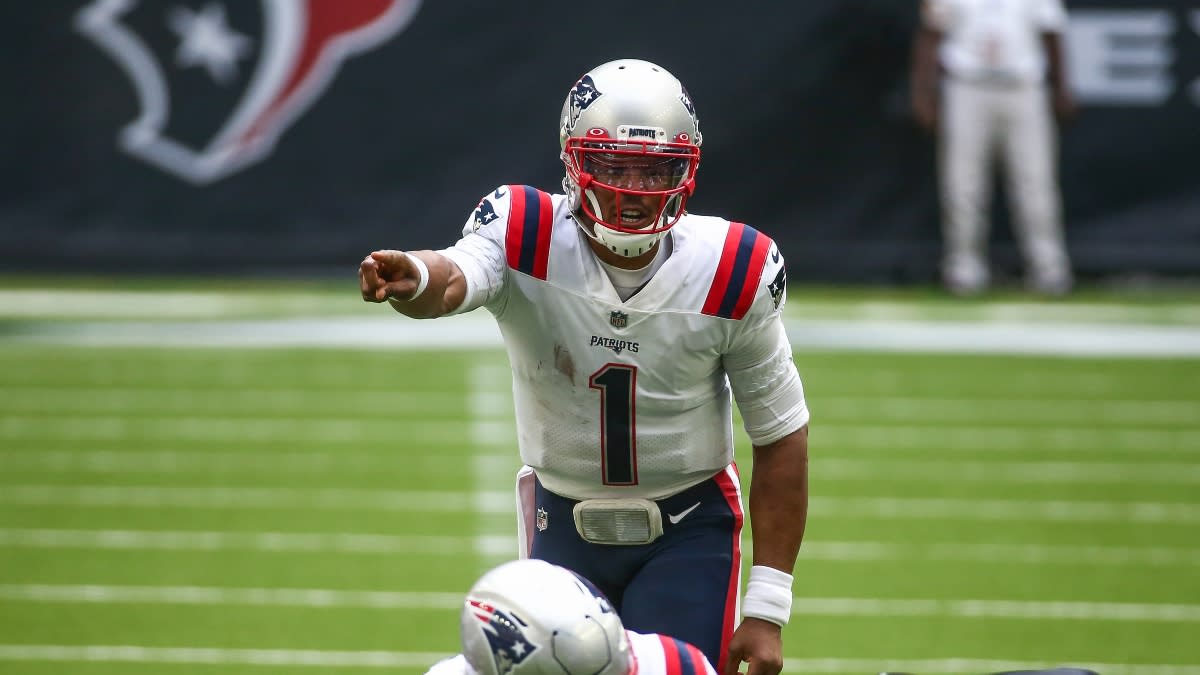 Newton appeared to be ahead of rookie Mac Jones on the depth chart all summer after starting 15 games for the Patriots last year. In 2020, Newton had 20 total touchdowns (12 rushing, eight passing), 10 interceptions and 2,657 passing yards.

The No. 1 overall pick in 2011, Newton had a strong career with the Panthers before playing in New England last year. He won NFL MVP and led Carolina to the Super Bowl in 2015 before falling to the Broncos. Now, the 32-year-old Newton looking to keep his career alive.

Jerry Jones is never afraid to make a big move, and this would certainly qualify as one. Dak Prescott didn’t play in the preseason after suffering a shoulder injury in training camp. He also missed the final 11 games of 2020 due to a gruesome ankle injury. The Cowboys cut quarterbacks Ben DiNucci and Garret Gilbert on Tuesday, leaving Cooper Rush as Prescott’s only backup entering the season. Newton makes sense if the Cowboys are looking for a more proven option — especially if there’s concern about Prescott’s health and durability.

The Ravens could have two of the greatest mobile quarterbacks in NFL history if they sign Newton. Lamar Jackson is obviously the starter, but adding Newton as a backup makes perfect sense. He’s capable of playing a similar style, albeit at a much lower level at this stage of his career. Still, Newton is an upgrade over the Ravens’ current backups Tyler Huntley and Trace McSorley (who is currently injured). Huntley might have made a strong case for himself in the preseason but Newton is a former MVP who was serviceable for New England in 2020.

Teddy Bridgewater won the Broncos’ quarterback job over Drew Lock after a solid preseason, and that likely wouldn’t change if Newton was signed. But if Denver isn’t in love with either of their current quarterbacks — and they shouldn’t be — it might be wise to take a flyer on Newton. The Broncos have a roster ready to challenge for a wild card spot and the quarterback position is holding them back. Newton went 7-8 as a starter last season behind a good running game and defense, something that Denver could replicate in 2021.

No team in the NFL is more confusing than the Texans right now. Deshaun Watson is unlikely to play another snap for Houston, as he’s mired in legal troubles and disgruntled with the organization. Veteran Tyrod Taylor is in line to start, which is never too exciting for a fan base to hear — just ask the other three teams he’s played for since 2017. New Texans GM Nick Caserio came over from New England and could be interested in a reunion this year as Houston begins its total rebuild.

Ryan Fitzpatrick is seemingly a lock to start for the 2020 NFC East champions, and that’s probably for the best. Newton does have tons of connections to the coaching staff, though. He played for head coach Ron Rivera in Carolina from 2011 to 2019, and worked with offensive coordinator Scott Turner for four seasons with the Panthers. Washington could’ve signed Newton over Fitzpatrick in free agency and chose not to, so that tells us all we need to know. It would likely take an early-season injury to change things here.