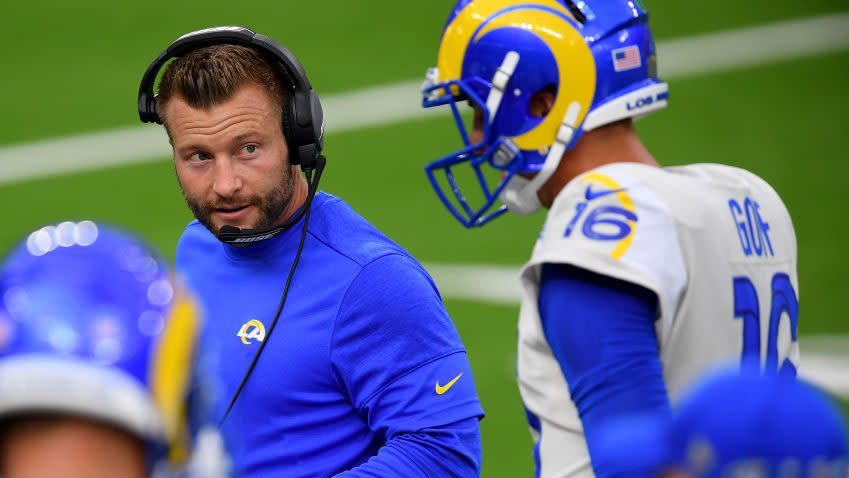 So what happened when McVay called Goff to talk about the trade? Via Jay Glazer of Fox Sports, Goff hung up on McVay.

McVay did little to conveal his glee after upgrading at quarterback, and he actually got a little salty when his public gushing about Matthew Stafford prompted folks in the media to draw the obvious conclusion that McVay didn’t feel nearly the same way about Goff.

Goff gets his chance to take out any lingering frustrations today. Unfortunately for him, he lacks the help around him that he had in L.A. With the Rams at 5-1 and the Lions at 0-6, this one could get ugly quickly.

When Sean McVay called Jared Goff to inform him of trade, Goff hung up originally appeared on Pro Football Talk