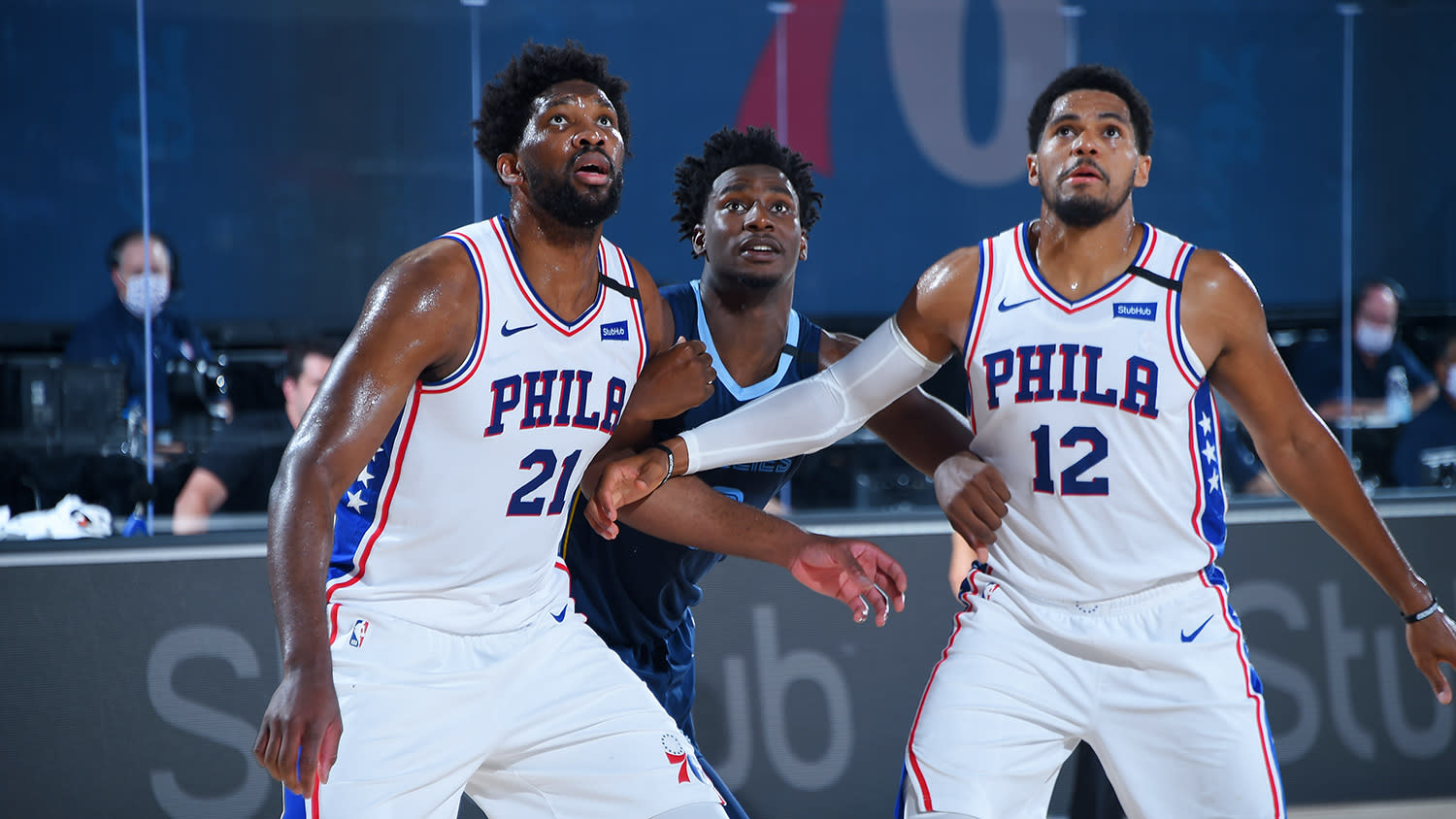 Any grand conclusions stemming from a scrimmage in which Joel Embiid played 12 minutes and 57 seconds and sat out the second half are premature.

However, the very early returns on the Sixers‘ new starting lineup are positive.

«It was good,» Ben Simmons said Friday night on a video conference call. «I think everyone had a good pace. Defensively, we were locked in early on and we could see everyone was communicating, getting deflections and steals and trying to run.»

Simmons’ three-pointer was perhaps the most attention-grabbing moment of the Sixers’ 90-83 scrimmage win over the Grizzlies, but it’s not the only valuable takeaway. One noticeable aspect of the Sixers’ offense was the desire to get the ball to Simmons at the elbow. We’ve seen that before when he’s played alongside Shake Milton, although the two had only shared the floor for 223 minutes this season. The idea is for Simmons to present a threat as both a facilitator and penetrator in that spot.

While the concept runs against the Sixers’ original idea heading into this year of having the power forward behind the «four-point line» in their base offense, it’s intuitive. With Simmons’ size, strength and lack of a jump shot that requires opponents to guard him tightly (for the time being), he generally has no trouble receiving the ball around the elbow.

It’s just the system we are in right now,» he said. «We only honestly ran one or two plays today when we went to that motion … so we’re getting a lot of looks. I love having the ball at the elbow where I’m able to create shots for my guys and get to the rim. There’s endless possibilities with what we are doing right now, so that felt very comfortable.

Milton was characteristically steady, posting six points, three assists and one turnover in a little under 18 minutes. He helped contribute to a strong defensive first half in which the Sixers forced 14 Memphis turnovers, though Brown wanted to review several sequences where he thought the 23-year-old might have done better.

«I thought that for the most part, he was good on both sides of the ball,» Brown said, «but I look forward to studying defense with Shake during this timeframe. We’ve given him a hell of a responsibility as a pretty good team’s starting point guard.»

Tobias Harris again used his time with the media to call for justice for Breonna Taylor, a message he said he will «continue to preach.»

On the court, he led the Sixers in points (15) and rebounds (10). Brown commended his «live legs» as an offensive rebounder and active communication. He ran the Sixers’ ceremonial mini Liberty Bell, which evidently traveled to Florida.

Josh Richardson chipped in six points and three rebounds. He should see more time as a pick-and-roll ball handler with Simmons as a roll man given that duo’s demonstrated potential, one would think.

With Embiid, Brown’s «crown jewel,» the most interesting development may be how and when he played next to Al Horford. The pair were together for about four minutes at the end of the first and beginning of the second period, flanked by Milton, Matisse Thybulle and Furkan Korkmaz.

It does not appear the Horford-Embiid pairing will be abandoned completely. Judging by this initial scrimmage, the essence of Brown’s approach may be short stints that bookend quarters and include Korkmaz, who has thrived next to Horford.

«I still think those two guys in the places that we had them, I still am a fan of,» Brown said of Horford and Embiid. «I still believe in it.»

The Sixers’ second of three scheduled scrimmages is Sunday at noon against the Thunder, and it’ll be a full 48 minutes. We’ll learn more at that point about schemes, rotations, competitions and the like. There’s «meaningless» basketball to analyze and, though it’s clear there are many other concerns in society of greater importance, it doesn’t feel completely worthless after so long away.