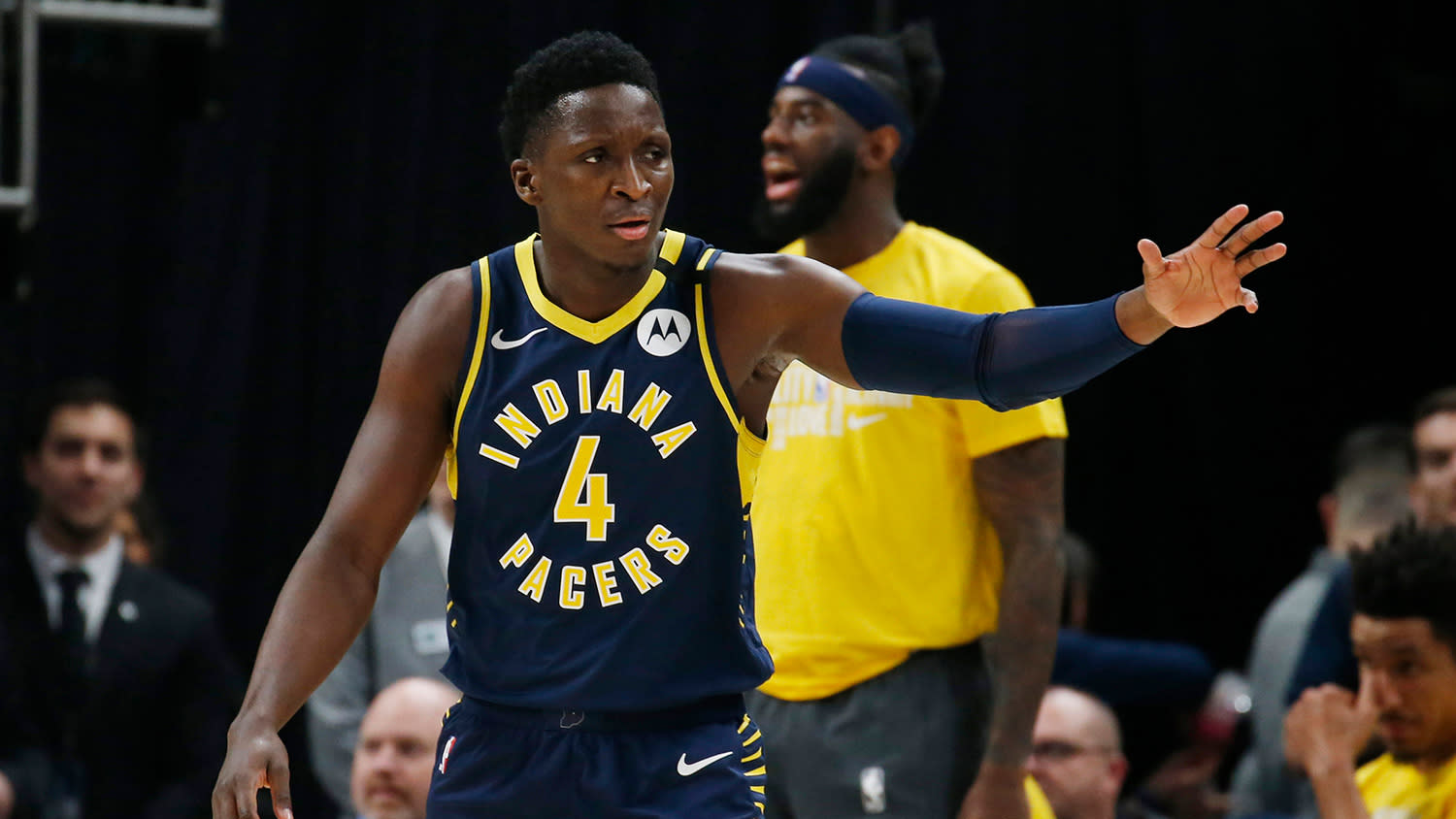 Two-time All-Star Victor Oladipo will not play when the NBA season resumes in Orlando, he told The Athletic’s Shams Charania.

Oladipo, who suffered a ruptured quadriceps tendon in January of 2019, returned to play 13 games this season for Indiana but decided it was best to be done for the year. He will still travel with the team to Disney World, according to Charania.

I really want to play, and as a competitor and teammate this is tearing me apart,» Oladipo told Charania. «I feel like I’m at a great place in my rehab and getting closer and closer to 100 percent. With all the variables, from how I have to build my 5-on-5 workload back up, to the increased risk of a soft tissue injury which could delay my rehab, and the unknown exact set up of the bubble, I just can’t get my mind to being fully comfortable in playing. I have to be smart and this decision hasn’t been easy, but I truly believe continuing on the course I’m on and getting fully healthy for the 2020-21 season is the right decision for me.

Oladipo’s decision is significant from the Sixers‘ perspective. The Pacers and Sixers have identical 39-26 records, with Indiana sitting fifth in the Eastern Conference because they have a 2-1 edge in the regular-season series. The two teams are scheduled to play Aug. 1.

Indiana, Miami and Boston are the Sixers’ likely potential playoff matchups, which we explored in greater depth here.

Joel Embiid missed both of the Sixers’ losses this season to the Pacers, first because of left knee soreness on Dec. 31 and then because of a torn ligament in his left ring finger on Jan. 13. Though the Pacers have a large starting frontcourt of Myles Turner and Domantas Sabonis, Embiid has averaged 27.0 points, 11.7 rebounds and 10 free throw attempts per game in nine career matchups vs. Indiana. His presence would certainly improve the Sixers’ chances.

While Oladipo was an excellent two-way player at his peak, he’s clearly still working his way back to top form and full health. He posted 13.8 points, 3.2 rebounds and 3.0 assists per contest this season, and the Pacers were 7-6 in those 13 games.

The Pacers are still a strong team without him, even if they’re not exceptional in any one category. Sabonis made his first All-Star Game this season, while Malcolm Brogdon has been a nice fit despite a drastic downturn in his three-point shooting. Indiana has good depth in brothers Justin Holiday and Aaron Holiday, Doug McDermott and T.J. McConnell.

Brogdon on June 24 said he tested positive for the coronavirus, which is of course a bigger story than any on-court matters. He said that he’s doing well and plans to join the Pacers at Disney World.