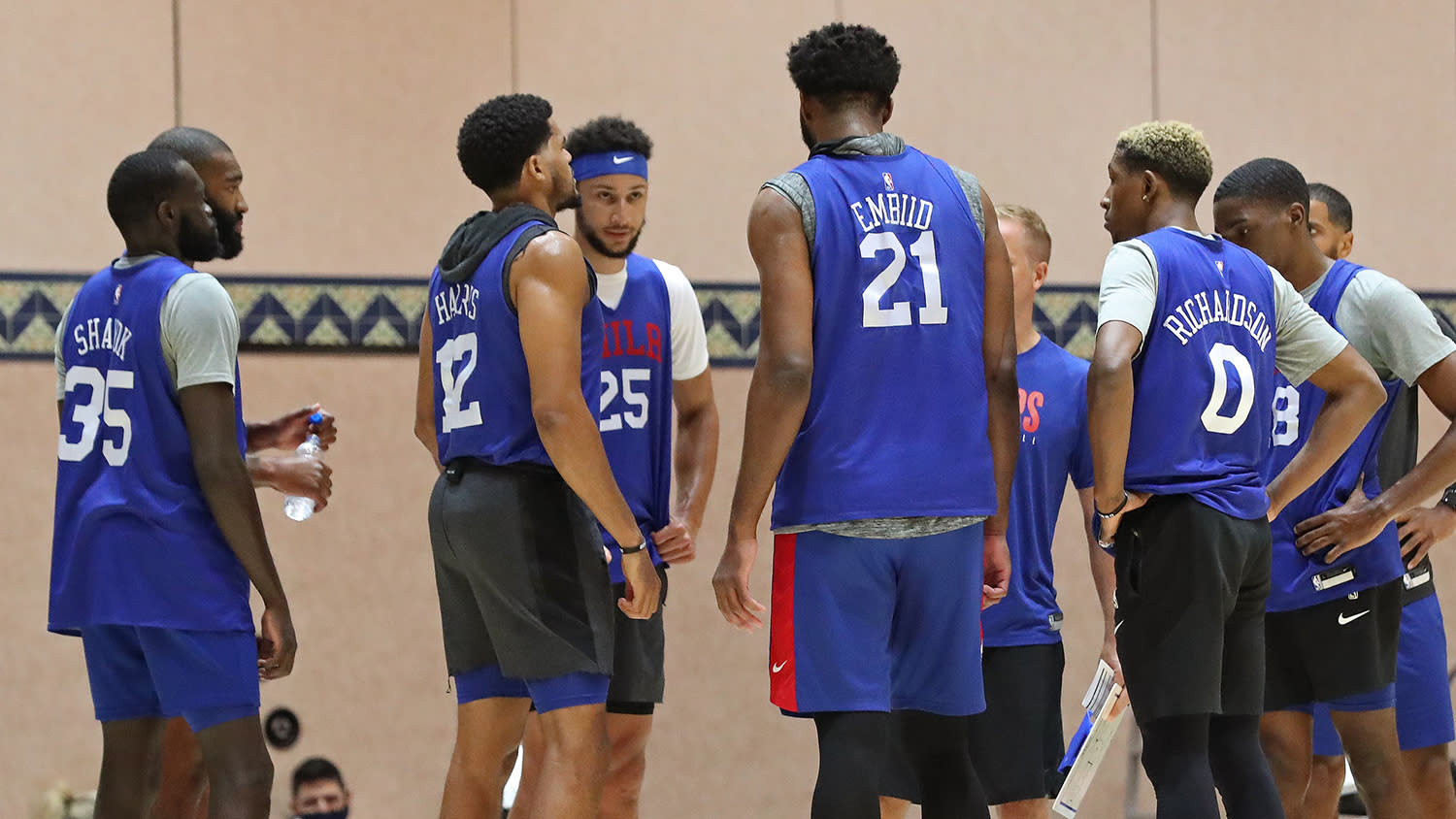 The Sixers are set to play against another team for the first time since March 11 on Friday afternoon, when they’re scheduled to scrimmage the Memphis Grizzlies. As that return to competition draws closer, we now know their official roster for the league’s planned restart.

Ryan Broekhoff is a notable exclusion. The 29-year-old wing will not be joining the Sixers in Orlando, a source confirmed to NBC Sports Philadelphia. The team signed him to a substitute contract last month.

Broekhoff’s wife tested positive for COVID-19 and he has a one-year-old son; his focus is understandably on his family. PhillyVoice’s Kyle Neubeck first reported that Broekhoff would not be traveling to Disney World at any stage.

Below is the team’s full roster. Rosters for all 22 teams at Disney World can be found here.

In addition to the new starting five the team has been using in practice, Korkmaz, Thybulle and Horford have been part of a lineup that Brett Brown intends to include in his rotation.

Brown has said he expects to have a 10-man rotation during the Sixers’ seeding games that will shrink to nine for the postseason. If Korkmaz, Thybulle and Horford are indeed locks, that would leave one playoff rotation spot left. Trade deadline acquisitions Alec Burks and Glenn Robinson III are presumed contenders, along with Mike Scott.

Since Brown plans to limit the minutes his «heavyweights» play in scrimmages, he anticipates opportunities for bench players to strengthen their cases.

«I know that in the scrimmage games, the preseason games, there will be more than enough time to look at different rotations,» he said Monday on a video conference call, «especially given the lack of extended minutes that our starters will receive. And I think by the time the dust settles after the three (scrimmage) games and the regular season begins, I think there’s enough of a runway to come pretty close, I hope, to settling on something. We all get it’s still moving parts and performance-driven, but that’s how I hope it plays out.»

It’s also worth mentioning that Brown has said his personnel decisions will be dictated by matchups. That might mean Thybulle gets an extended run when the Sixers require defense, Korkmaz steps in when the team is seeking outside shooting and Burks plays when pick-and-roll playmaking and shot creation is required. We’re still relatively far away from any final determinations.

Neto, Pelle, O’Quinn and Shayok would seem to be on the outside of the rotation, though it’s possible any of those players could become important under these unusual circumstances.

While there remain hurdles to clear before the Sixers start competing in games that count again, the NBA and NBPA announced Monday that none of the 346 players tested for COVID-19 since July 13 returned positive results, which is clearly good news. Two players that never cleared quarantine tested positive in the first round of results announced since the league shifted to Disney World.

The Sixers’ first of eight seeding games is on Aug. 1 against the Indiana Pacers (see schedule). We predicted each game here.