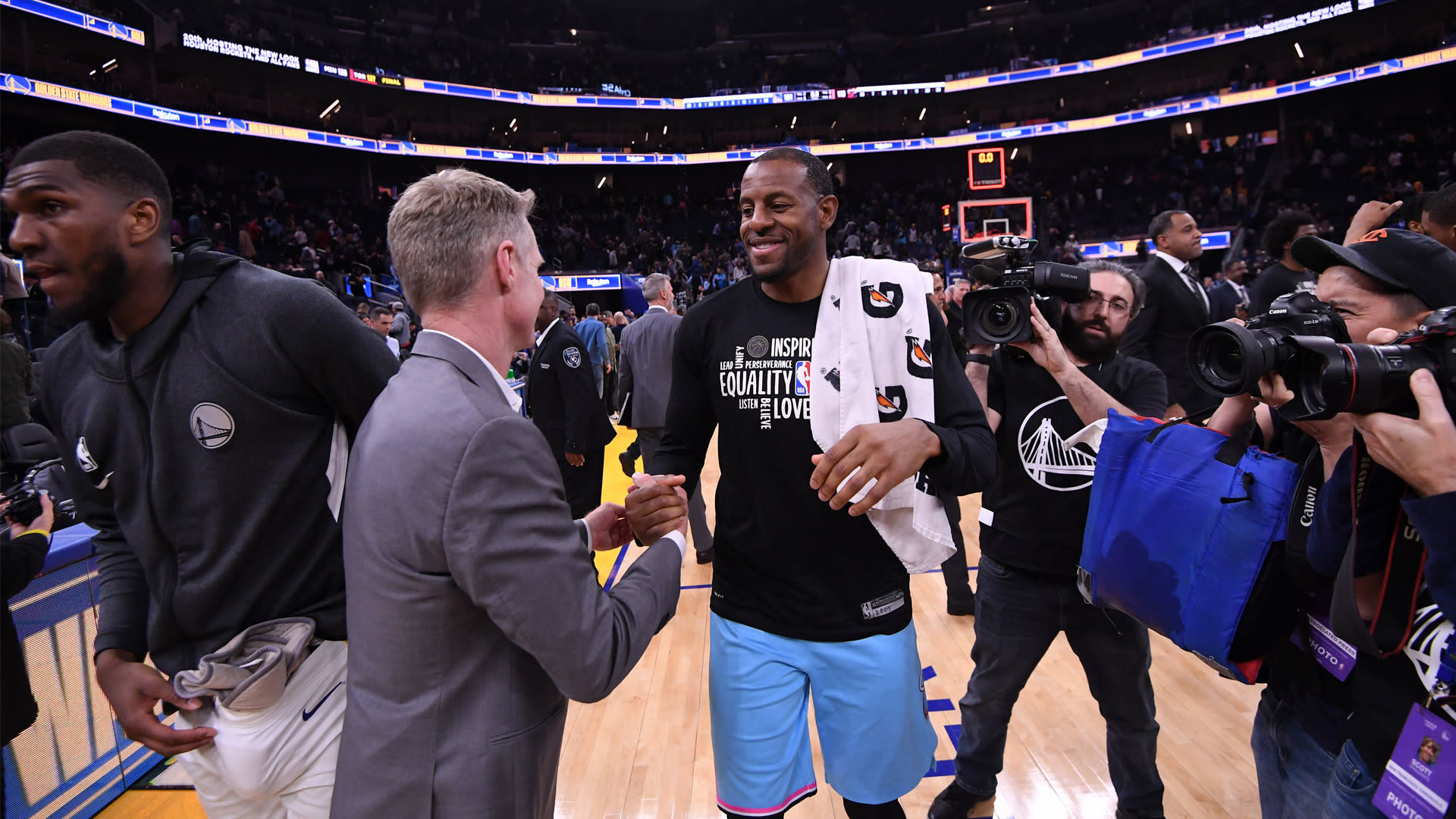 Andre Iguodala and the Miami Heat are in Orlando preparing for the restart of the 2019-20 NBA season.

How is the former Warriors forward approaching the «bubble» at Disney World?

«It’s not really a different type of environment,» the 2015 NBA Finals MVP said Saturday after practice. «The majority of the league comes from low to middle-class income families. We played in worse conditions. Obviously the NBA and every team should be giving all the players all the resources they need.

«It’s just getting the mental side right, making the most of the moment and putting forth the mental and physical effort to keep our game in a healthy place … we’re doing it as a collective. We’re competing on the court, but hopefully the players are getting a chance to interact and keep each other in a good mental space.»

Iguodala — one of the smartest players in the entire league — understands the big picture and what’s at stake for the NBA. He knows it won’t be easy for everybody and that the logistics present challenges, but is willing to sacrifice for the greater good. So don’t expect to hear any complaints from Iguodala when it comes to the food or accommodations in Orlando.

At 36 years old, it probably will take Iguodala a little longer to get himself to where he needs to be physically. But he made sure he put in the work while the season was suspended.

«The body is solid,» Iguodala said. «Just looking over the little nicks that may come up from being off so long … everyone was getting after it throughout this time.»

Iguodala averaged just 4.4 points in 18.5 minutes over his first 14 games with the Heat. But you definitely should expect his production and value to increase when the playoffs begin in mid-August.