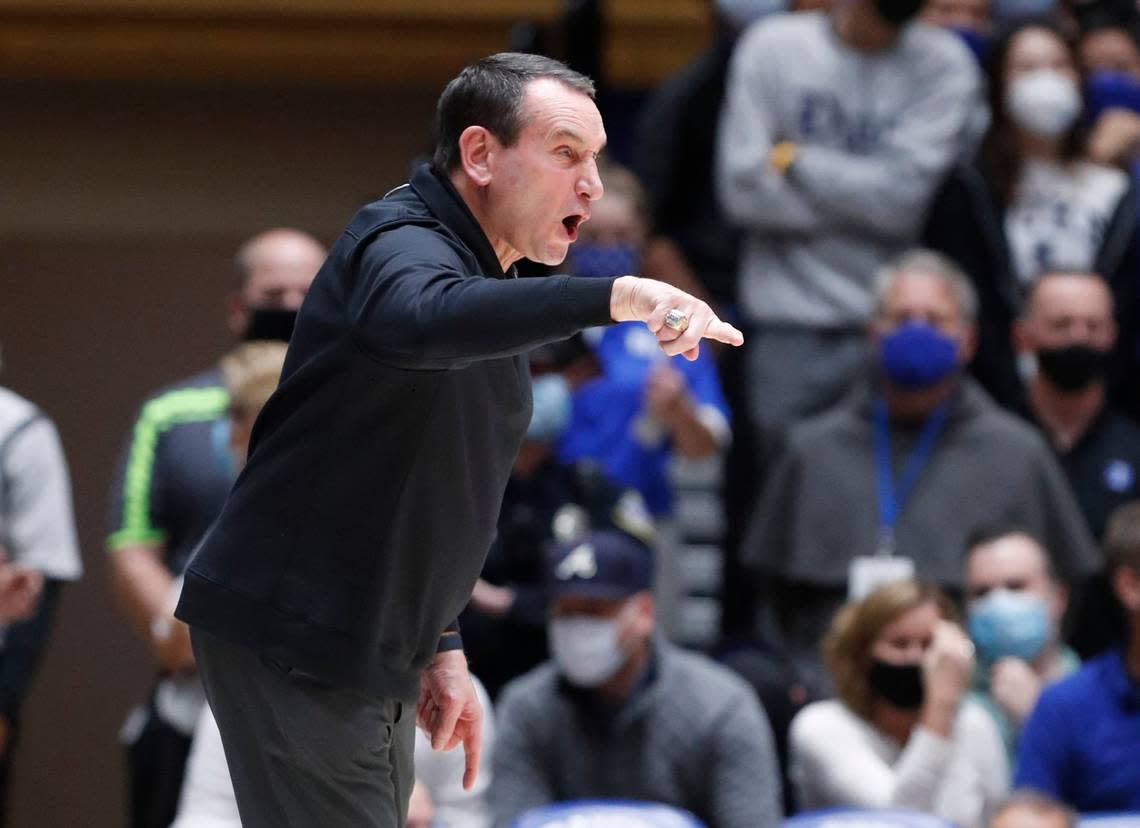 Michael Savarino, Krzyzewski’s 20-year-old grandson who is a junior reserve guard on the team, was stopped by N.C. Highway Patrol at 1:10 a.m. Sunday, just a few hours after Duke beat Campbell, 67-56, at Cameron Indoor Stadium.

Savarino, who was driving freshman forward Paolo Banchero’s 2017 Jeep on a rural Orange County road, admitted to police he’d been drinking and later recorded a .08 blood alcohol content on a breathalyzer.

Banchero, a 6-foot-10, 250-pound forward who entered Tuesday leading Duke in scoring (19.3 points per game), was charged with aiding and abetting DWI and was released from the site of the traffic stop.

While Savarino appears to be suspended as he was not with the team Tuesday night, Banchero started just as he had in Duke’s first three games of the season. He played 26 minutes and scored 10 points.

Krzyzewski did not specify how long Savarino will not be with the team.

“It’s two different situations,” Krzyzewski said. “Two entirely different situations. Headlines might make it look like it’s the same. It’s not. The decisions that are being made are in conjunction with our authorities and my superiors. We’re taking action. We took action and we will continue to take action.”