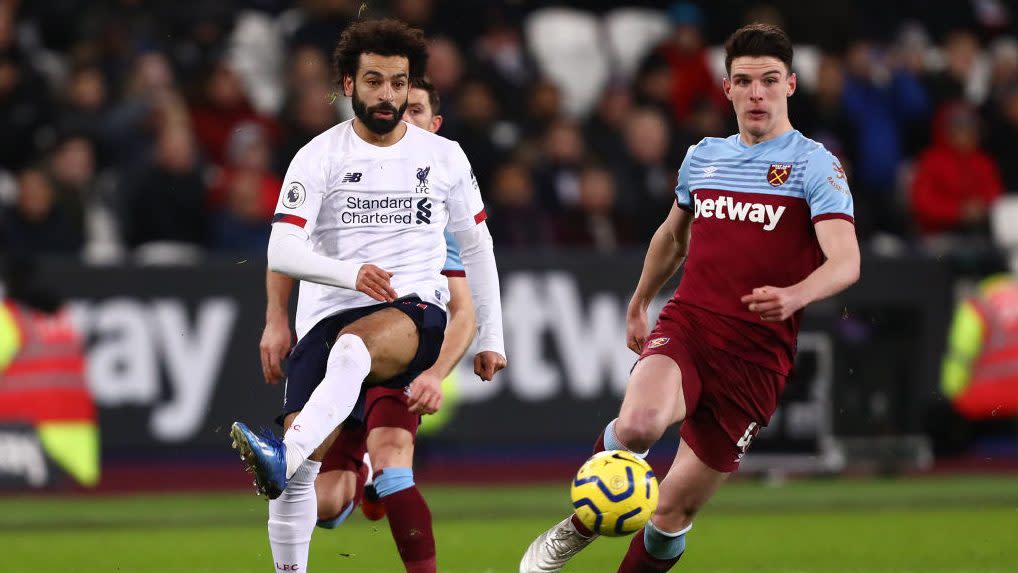 West Ham United boss David Moyes sees his club only going one way, and that’s up, but holding off the busy attack of Liverpool is big litmus test for the improved Irons at London’s Olympic Stadium (start time 11:30am ET Sunday on NBCSN and online via NBCSports.com).

The Irons are coming off Europa League action and will have less rest than Wednesday-busy Liverpool, but are fit and firing barring any injuries against Genk.

West Ham is up to fourth on 20 points thanks to a three-match win streak. Moyes’ boys sit two behind second-place Liverpool with a chance to sit as high as second heading into the international break.

“West Ham is a good club for me,” Moyes said this week in celebrating his 100th game. “I am really, really grateful to the owners for bringing me back because sometimes when you are put in a position it’s very hard to fight back. The owners have given me a chance to fight back and I am going to keep throwing some punches.”

But Liverpool hasn’t lost this season, boasting six wins from their 10 matches, and will be ready to built on a complete takedown of Atletico Madrid in midweek Champions League action.

Here’s everything you need to know ahead of West Ham vs. Liverpool.

The Reds will be without James Milner, Roberto Firmino, and Naby Keita, while Harvey Elliott remains a long-term absence. While Joe Gomez and Curtis Jones are out too.

However far West Ham has come, the Irons are still +350 underdogs at home with one fewer day of rest than Liverpool. The Reds are -143 for a win and there’s +290 in a draw.

You picking against the unbeaten Reds, right now? If you’re are, you’re a braver soul than this writer. West Ham 1-2 Liverpool.