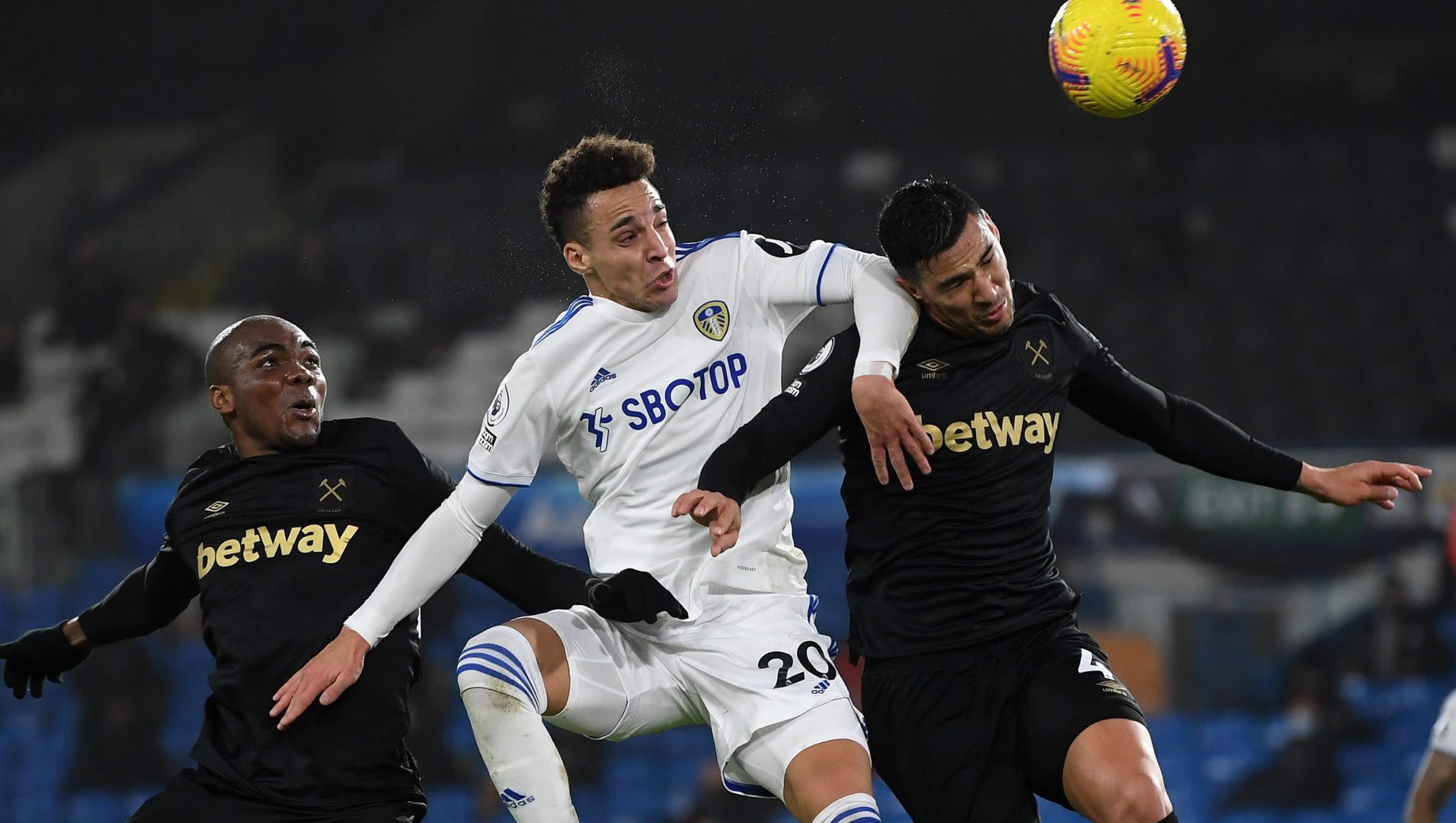 West Ham – Leeds: Marcelo Bielsa’s Leeds United can climb back into the top half of the Premier League table if it can take a measure of revenge from West Ham United at the London’s Olympic Stadium on Monday (Watch live at 3pm ET, on Peacock Premium).

West Ham beat Leeds 2-1 in December when the Irons overcame an early Mateusz Klich penalty via goals from Tomas Soucek and Angelo Ogbonna at Elland Road.

Leeds has won seven and lost seven since then and has 35 points, three points back of 10th-place Arsenal.

David Moyes’ West Ham will hope to stay in the thick of the top four discussion, with two fewer points but a match-in-hand on fourth-place Chelsea.

Here is everything you need to know ahead of West Ham – Leeds this Monday with team news, odds, stream link and more.

These are West Ham’s losses this year since starting 0-2: Liverpool, Manchester United, Chelsea, Liverpool, Manchester City. David Moyes has had the Irons prepared for every challenge, so unless you like the odds of some sort of cosmically-intended slip-up, let’s ride the Moyes’ resurgence. West Ham 2-1 Leeds.

How to watch West Ham – Leeds: stream and start time