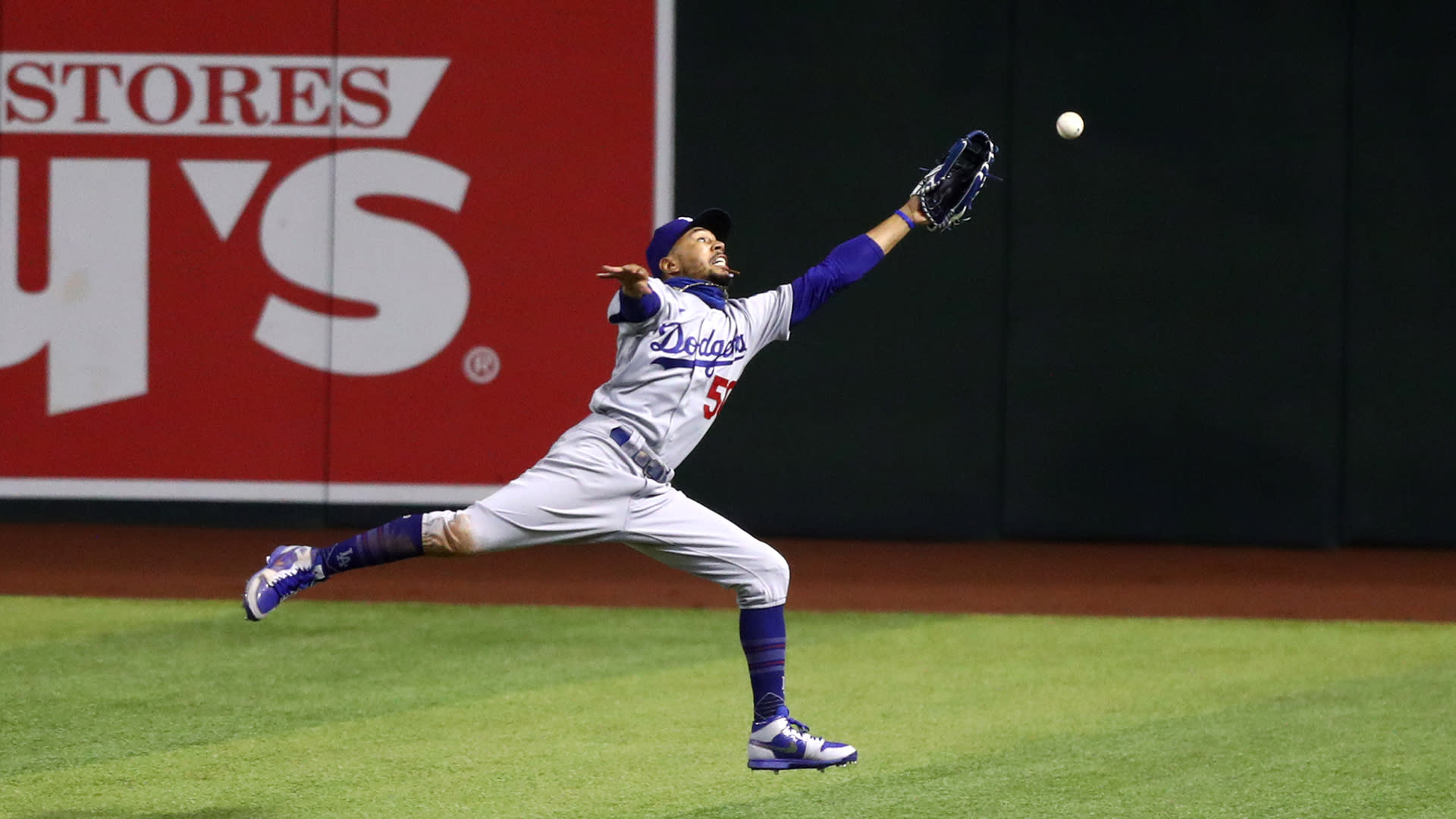 Mookie Betts might be the best player in baseball not named Mike Trout, and the Los Angeles Dodgers paid him accordingly in locking him up with the second-largest contract in MLB history.

He’s going to be in Dodger blue for the next decade-plus, and that’s an unfortunate reality for the rest of the league, but specifically the teams in the NL West. As the Dodgers archrival, one could argue the Giants will feel the resulting pain more than anyone.

San Francisco got a taste of what Betts provides to the Dodgers lineup when the two sides split the season-opening four-game series in Los Angeles. He has heated up since, and had his most impressive highlight yet in a Dodger uniform Friday night.

In addition to hitting his first home run with his new club, he also made what might be the defensive play of the season thus far.

Words to the wise, don’t run on Mookie.

So, yes, Betts is an amazing two-way player — just ask Red Sox fans about that.

However, he’s not infallible.

With the visiting Dodgers leading the Arizona 3-1 with two outs and the bases loaded in the bottom of the eighth inning, Diamondbacks designated hitter Christian Walker squared up a pitch from Blake Treinen and smacked a line drive to right-center.

Betts — who previously had been shifted to center field and was already shaded in that direction — took a bad route to the ball, which sailed over his head and cleared the bases.

[RELATED: What you might’ve missed in Giants’ blowout win vs. Rangers]

On one hand, the Dodgers would not have been in the lead if not for Betts’ greatness. On the other, his defensive gaffe ultimately cost Los Angeles the game.

Giants fans should revel in the latter while they can, because it’s not likely to be a frequent occurrence.