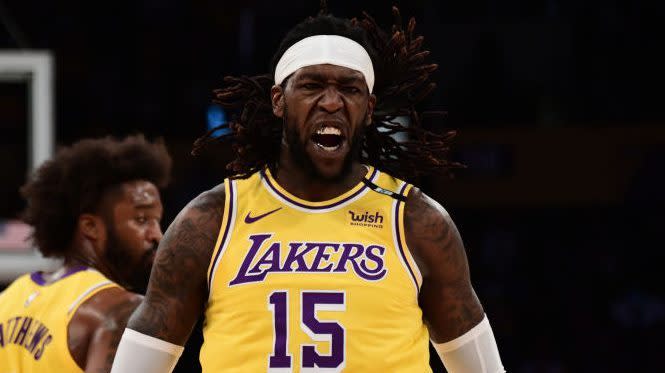 Montrezl Harrell did not win Sixth Man of the Year a couple of years back by bringing a lot of finesse to the court — he plays high-energy bully ball.

Just ask the backboard at a gym in Atlanta.

A lot of Lakers’ eyes are on Harrell and whether he will pick up his $9.7 million player option for next season. He had a solid regular season for Los Angeles but fell way back in the rotation during the playoffs. The buzz is he is leaning toward picking it up and staying in Los Angeles, but nothing is set in stone. If he declines it, the Lakers could have access to the full mid-level exception ($9.5 million) and not the taxpayer mid-level ($5.9 million).

Here’s more on the Lakers