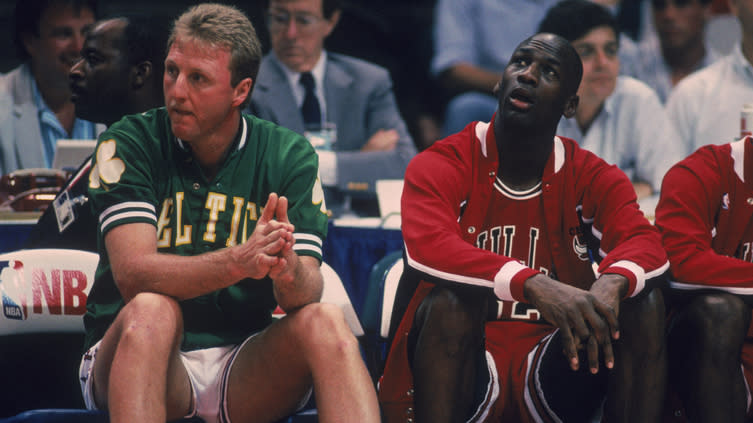 We’ve all seen the video of Larry Bird defeating Dale Ellis in the finals that year for his third straight crown, his crooked right index finger held aloft as he sinks the money ball for the walkoff victory.

What you might have missed is the reaction of the biggest star in NBA history from beneath Chicago Stadium during Bird’s tour-de-force 23-point semifinals round.

Standing at a small TV monitor with some reporters, Michael Jordan offered his take on Bird’s performance in real time.

«He didn’t take off his top yet,» Jordan said. «I’d hate to see when he takes off his top. I tell you, it’s hard to shoot after Bird just made 23.»