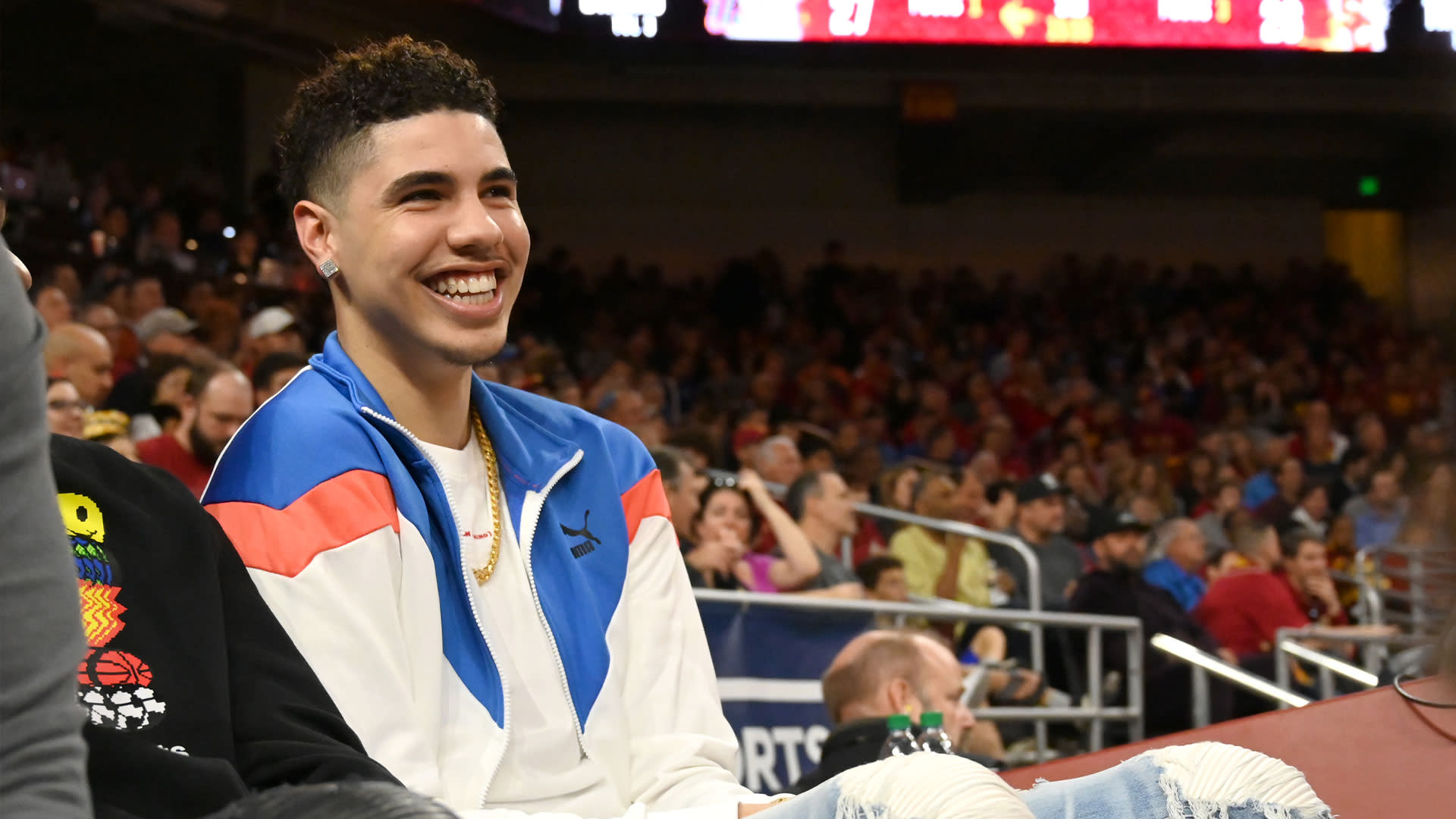 There are rumors circulating around young basketball star LaMelo Ball going to … well, many teams — and despite his outspoken father Lavar saying the Warriors might not be the best fit for his son, Ball’s potential is tantalizing.

He showed off that potential with a jaw-dropping self alley-oop.

LaMelo currently is in Detroit preparing for the 2020 NBA Draft where he is expected to be one of the first names to be called.

His work ethic alone has him standing out, but the viral videos of his talents from back in 2016 were what put him on the map — and the shine from his brother, New Orleans Pelicans point guard Lonzo Ball, was certainly a factor as well.

LaMelo played professionally as a teenager in Lithuania and spent this past season playing in Australia for the Illawarra Hawks.

At 6-foot-7, Ball has a strong, crafty offensive game. He averaged 17 points and 7.6 rebounds per game for the Hawks in the Australian NBL. That gave him more attention and allowed him to rise up draft boards.

The Warriors will have a top-five pick in the 2020 NBA Draft. While there is no transcendent player, there are a number of supremely gifted talents in the class with Ball at the top along with Anthony Edwards and James Wiseman. Ball isn’t an ideal fit for the Warriors, but his talent count be too hard to pass up.