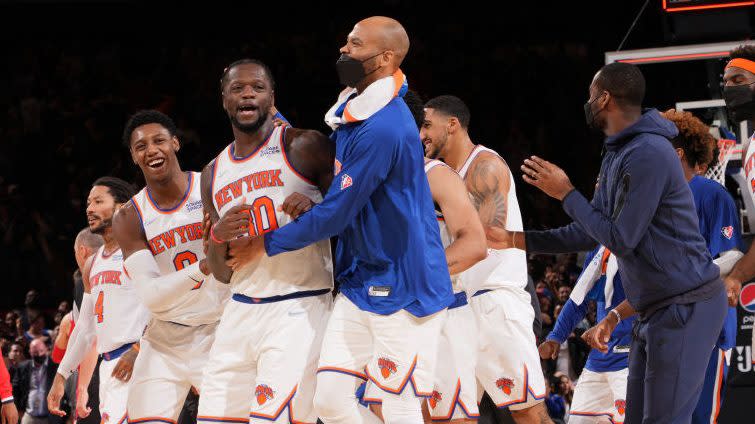 Tom Thibodeau is about winning — even in the preseason.

That’s why his All-NBA star forward Julius Randle played 35 minutes — a regular season game load — in a preseason game Friday night against the Wizards (the second preseason game in a row Thibodeau leaned on Randle like that). It’s why RJ Barrett and Derrick Rose were on the floor as well for a final shot against Washington.

That final shot was a Randle 21-foot stepback that he drained.

With that shot, the Knicks capped off a 19-point comeback to go 4-0 in the preseason.

How seriously does Thibodeau take the preseason? He got a technical in this game. After the game, Barrett echoed Thibodeau from a couple nights before telling the media, “you can get a lot out of the preseason.”

Thibodeau has his teams ready every night in the regular season, and they play hard — that’s how the Knicks overachieved and got up to the four seed in the East last season. They will likely overachieve in a deeper and better East this regular season. Where that leaves them for the playoffs is up for debate, but we are six months away from that discussion.

For now, Knicks fans know their team will bring it nightly, and they get to see some dramatic wins.