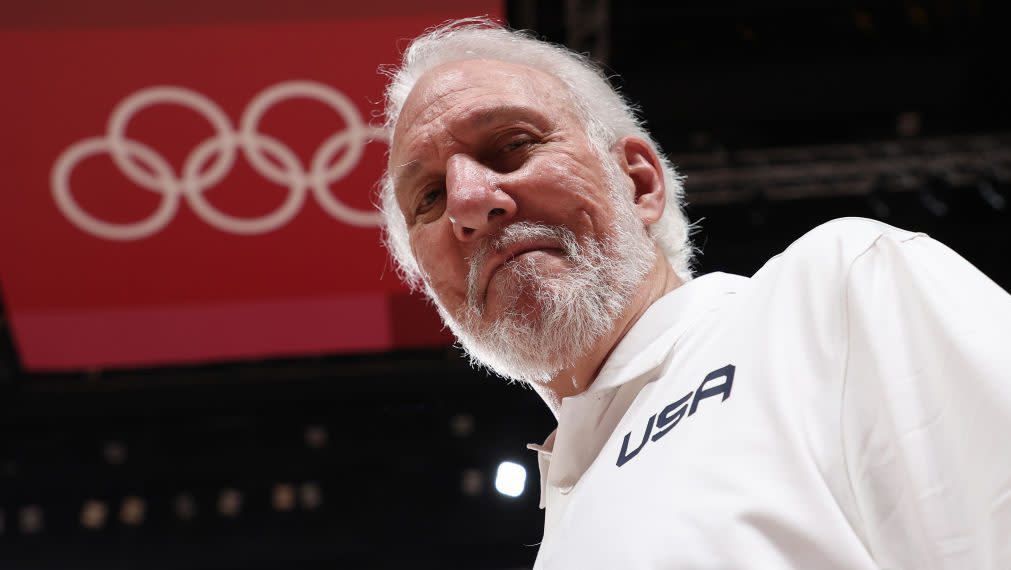 Which can be cantankerous when his team is struggling and celebratory when they get a big win.

Few wins can compare to winning a gold medal, and Popovich celebrated that by doing some defensive shuffles and slapping the floor.

Before you say that looks like your dad after a few drinks showing you how they used to play in his day, remember that Pop could play — he was the defensive-minded scrapper out of the Air Force Academy who was the final cut from the 1972 Olympic team. Pop could ball.

Through this entire Olympic run, Popovich was vintage Popovich. He had a plan for how he wanted Team USA to come together, and when that didn’t go well at points he sounded like a curmudgeon (something familiar to anyone who has covered him over the years). He also knew his vision would work, it was just going to take time, a focus on the defensive end (and some shuffles), and a healthy dose of Kevin Durant — who Popovich recruited hard. Popovich’s plan worked. Team USA eventually came together and won their fourth straight Olympic gold.

“We’re thrilled and honored to be able to represent the country the way we did,” Popovich said, via the AP. “The team progressed very rapidly in a very short period of time under some difficult circumstances, which I think made this win all the sweeter. We’re glad it’s over.”

Check out more from the Tokyo games