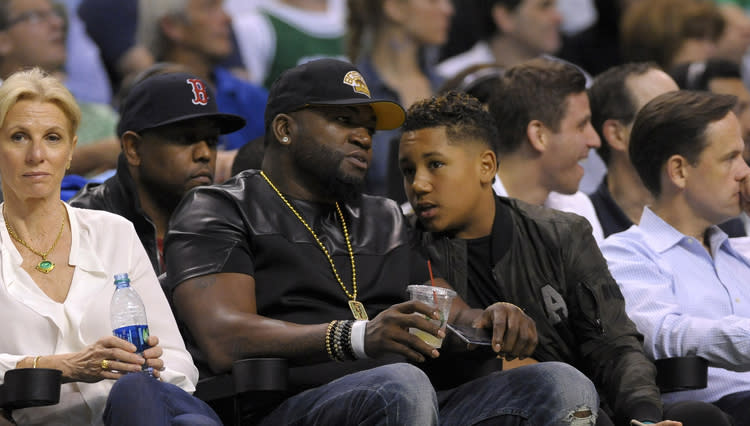 The apple doesn’t fall far from the tree.

D’Angelo Ortiz, the son of Boston Red Sox legend David Ortiz, has power at the plate reminiscent of what Sox fans witnessed at Fenway Park from 2003-16. A video of the 15-year-old hitting absolute missiles was shared on social media on Saturday.

Check it out below:

D’Angelo recently has been putting in work with his dad along with his dad’s former Red Sox teammate, Manny Ramirez. That’s 1,096 combined MLB home runs between the youngster’s two mentors.

There have been a number of second-generation MLB players that have made their presence felt over the last couple of seasons, including Vladimir Guerrero Jr., Fernando Tatis Jr., Bo Bichette (son of Dante Bichette), and Cavan Biggio (son of Craig Biggio).

We’ll have to look out for «Lil’ Papi» in a few years.