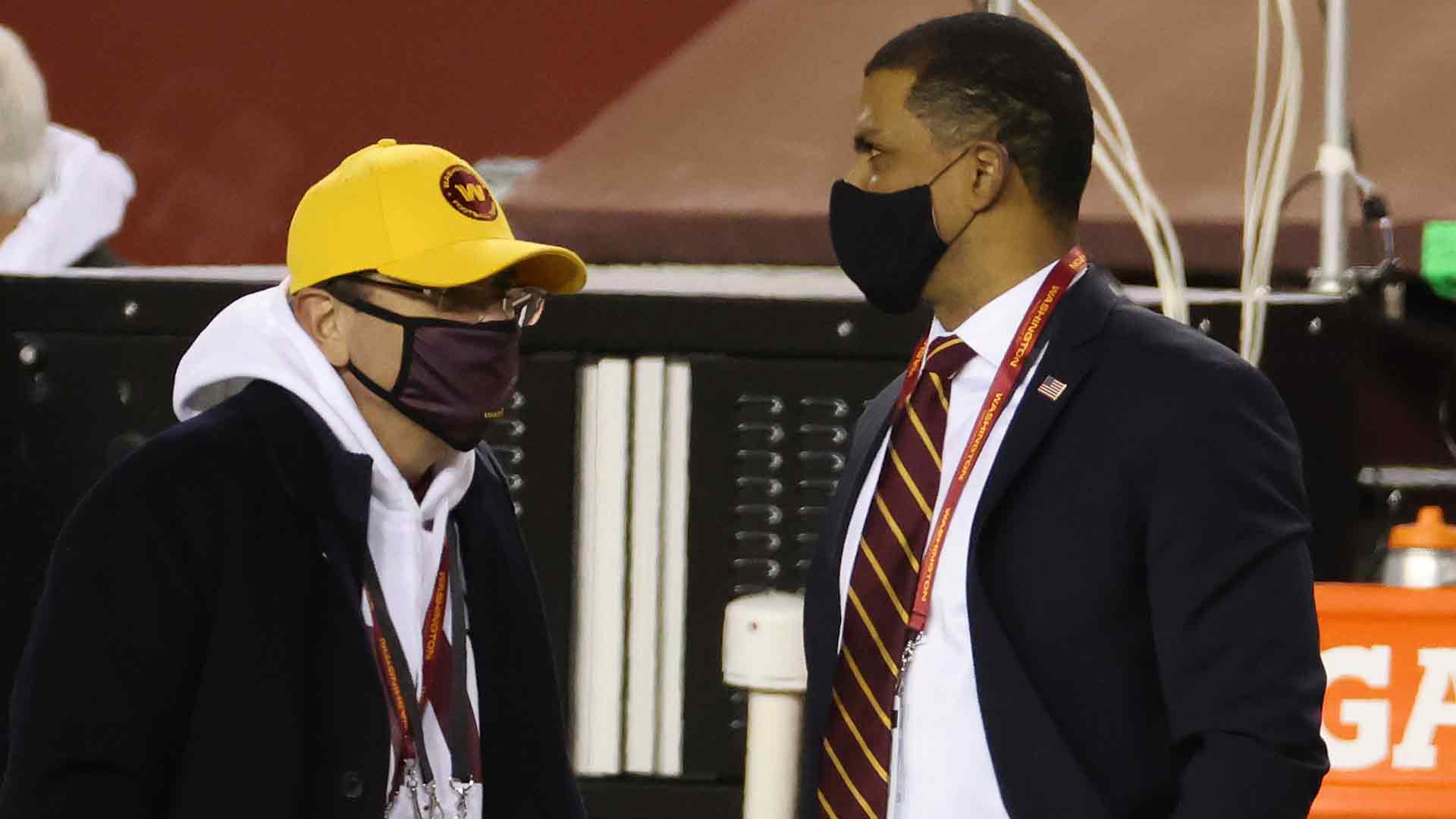 The Washington Football Team has narrowed its search down to three names, a team source confirmed to NBC Sports Washington’s Pete Hailey.

The confirmation comes after team president Jason Wright can be heard telling head coach Ron Rivera and general manager Martin Mayhew the three names moving on in the latest episode of «Making the Brand», which was released Monday morning on WFT’s website and YouTube channel.

Rivera and Wright appeared to have a name that they both really liked, though the video cuts out any hint of what that could be with a blurry spot over their mouths and a loud beeping sound to cover up what they’re saying.

The Washington Post’s Nicki Jhabvala first confirmed that the list is indeed down to three final names.

«Jason Wright told us that the list had been narrowed – mainly because they wanted to announce it on their team web site with this video,» Jhabvala said Monday afternoon on the Grant and Danny show on 106.7 The Fan. «But he did say that they had narrowed the list and pretty significantly, too. We learned it’s down to three. After watching the video, I did confirm that’s in fact what they were going with at the end of the video when Jason Wright said, ‘so we’re going to put these three through.’ Yes. The list has been narrowed.»

Even though the list is down to three, the exact date the new, permanent name will be announced remains unknown.