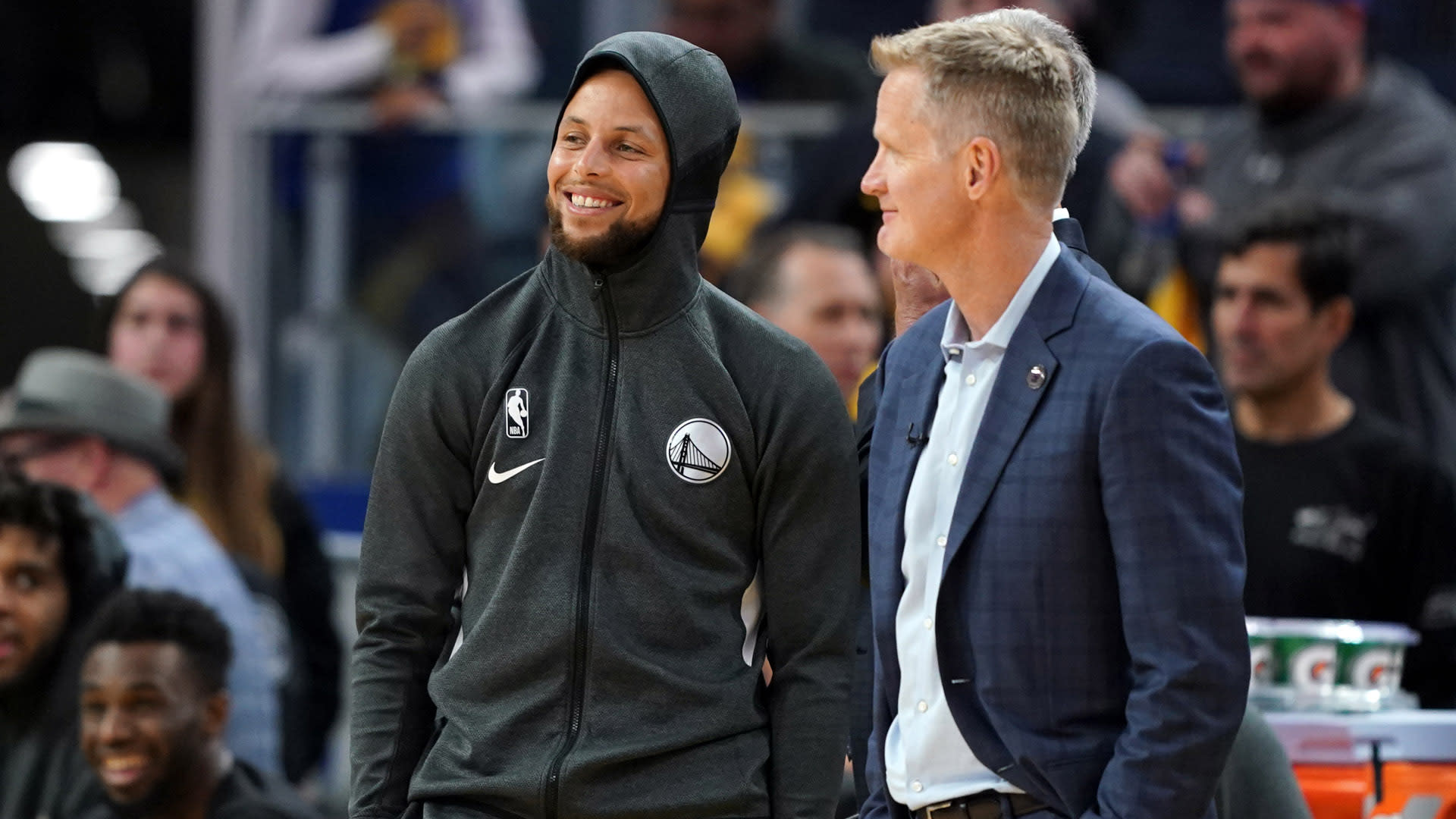 Any remaining hope that the Warriors would make noise in a loaded Western Conference this season was dashed when Steph Curry broke his left hand the night before last Halloween.

The Warriors were in the midst of a 1-3 start, already missing Klay Thompson as he rehabbed a torn ACL. Thompson wouldn’t play the rest of the season, Curry only played one more time the rest of the way as Golden State had an NBA-worst 15-50 record when the season was suspended in March due to the coronavirus pandemic.

Being down two All-Stars is a difficult task for any team, but Warriors coach Steve Kerr admitted Friday he didn’t have much hope prior to Curry’s injury. When 95.7 The Game’s Damon Bruce asked Kerr what Golden State’s season would’ve looked like with Curry healthy the whole year, Kerr said the Warriors still would’ve faced an uphill climb into contention.

«Well to be honest, I think it still would’ve been a struggle, Damon,» Kerr said on «Damon, Ratto & Kolsky.» «I think there were just too many factors that were going against us. Obviously, we would’ve won a lot more games. Steph is so talented that he would’ve undoubtedly won plenty of games on his own.»

Curry, Draymond Green, Kevon Looney and Jacob Evans were the only Warriors who dressed in Game 6 of the 2019 NBA Finals and in the first game of the 2019-20 regular season. The Warriors had seven new players in their opening-night lineup, aside from Damion Lee, who played 32 games with Golden State during the previous regular season but none in the playoffs.

The two-time MVP got a taste of even more roster turnover in March. Curry played his fifth — and, ultimately, final — game of the season on March against the Toronto Raptors. He looked like his old self, but the rest of the Warriors lineup was unrecognizable from the one that started the season, let alone the one that lost the Raptors in the 2019 Finals.

Out were Evans, D’Angelo Russell, Omari Spellman, Glenn Robinson and Alec Burks (who didn’t play on opening night). In were Andrew Wiggins, Juan Toscano-Anderson, Mychal Mulder and Dragan Bender. Robinson and Burks were traded to the contending Philadelphia 76ers for draft capital, but Russell, Evans and Spellman fetched Wiggins, whom the Warriors hope will fill a vital role on the wing moving forward.

Perhaps the Warriors, battling for playoff positioning, don’t make all of those moves if Curry’s healthy. Kerr previously indicated a Russell trade might’ve been inevitable because of the guard’s fit (or lack thereof) alongside Curry and Thompson, so it’s possible — if not likely — Golden State still trades Russell while in a postseason chase.

With Curry, Kerr said the Warriors still would’ve faced a steep learning curve due to all the roster turnover. Considering Curry had played over an extra season’s worth of games (93) during Golden State’s five Finals runs, it arguably was more beneficial for the guard to miss all the time he did this season.

«It was — in a strange way, he almost needed the break,» Kerr continued. «And Klay almost needed the break that they’re getting. Now, maybe this is too long of a break (after the season was suspended due to the pandemic), but I just feel like that quick of a turnaround (this summer) coming off that five-year run with that big of a roster change, we would’ve really had to seek an identity. And lacking the wing defensive talent that we needed to really compete at a high level, I think it would’ve been a tough year anyway, to be perfectly blunt.»

[RELATED: Why Jerry West fought to keep Splash Brothers together]

Now, the Warriors are armed with (at least) a top-five pick heading into October’s NBA draft. Whether that’s used to draft a prospect or in a trade for a veteran, Curry will once again have to get used to playing alongside some new faces.

With health on his (and Thompson’s) side and rest in the rearview mirror whenever next season begins, the Warriors are banking on being much closer to building an identity than they proved to be this season.