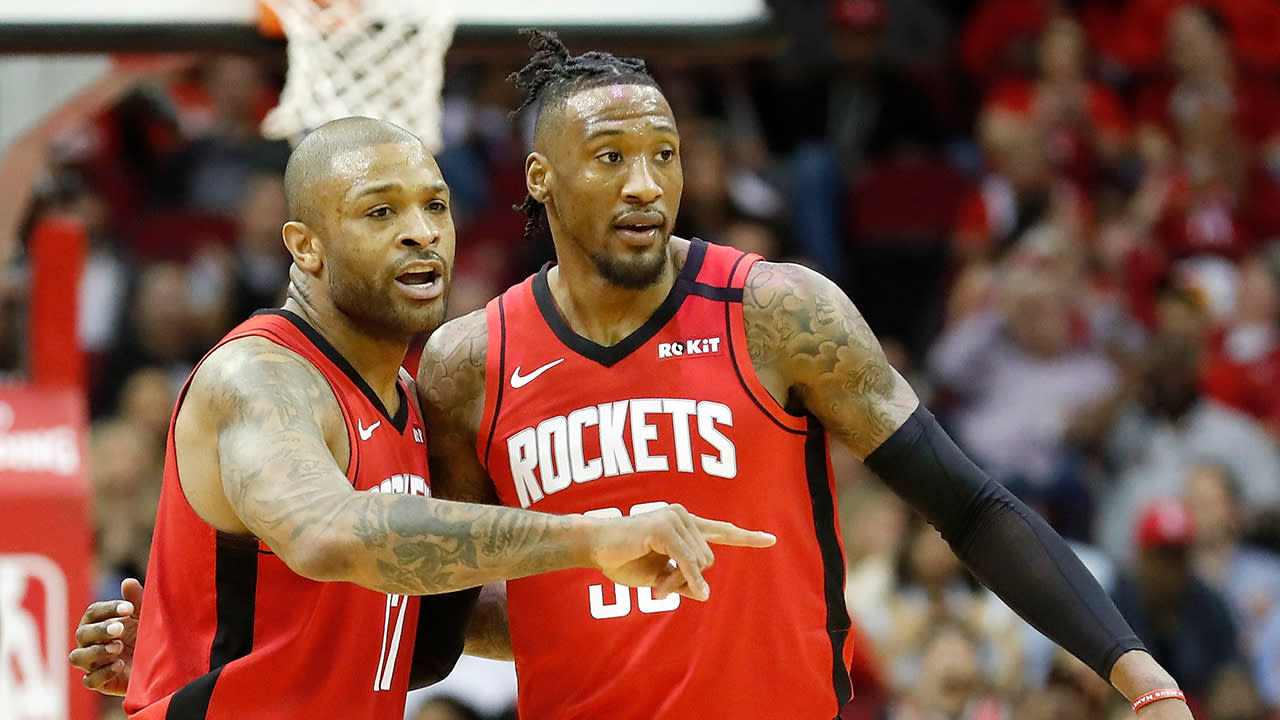 The Rockets are about to get very desperate, and the Warriors should take advantage.

The tumultuous nature of Houston’s offseason was ratcheted up several notches Wednesday with multiple reports suggesting the franchise is in turmoil. James Harden reportedly has concerns about the direction of the team, and fellow All-Star guard Russell Westbrook reportedly wants to be traded.

As for the latter issue, there isn’t an easy answer. The Rockets surely will struggle mightily to find a trade partner for Westbrook, who has three years and $132 million remaining on his current contract. And in the event they do find one, they’ll surely have to attach additional assets to get a trade done.

The problem — or I should say, another one — for the Rockets is, they don’t have many assets that teams will find desirable.

They currently don’t have any picks in next week’s draft. They already traded their first-round draft picks in 2024 and 2026 to the Oklahoma City Thunder to acquire Westbrook last offseason, and Oklahoma City also has the right to swap first-round picks with Houston in 2021 and 2025, too. The Stepien Rule prevents NBA teams from making any transaction that could leave them without any first-round picks in any two consecutive future drafts, so the Rockets are very limited in terms of the future picks they could include in any hypothetical trade.

It has long been reported that Rockets owner Tilman Fertitta is looking to trim payroll. Getting Westbrook off the books would obviously be a way to achieve that, but that’s going to be much easier said than done.

And therein lies the Warriors’ opportunity.

The Warriors are fully intent on competing for the championship this coming season, but in order to do so, they’ll likely need to add a few more rotation pieces, particularly wings. It just so happens that Houston is loaded with potentially available wings, and Golden State has the perfect method to acquire one.

The Warriors’ massive $17.2 million trade exception expires later this month. With it, they can absorb any player whose salary is equal or lesser to that value, and there are two Rockets players in particular who would qualify.

Robert Covington and P.J. Tucker are both battle-tested veterans whose skillsets fit with the modern game. They’re both dogged defenders and capable perimeter shooters, and they offer the positional versatility that is so key come playoff time. Either player would be a tremendous addition to the Warriors’ roster, and very well could join the starting lineup.

Covington, 29, might be the Warriors’ preference of the two. He has two years and roughly $25 million remaining on his current contract, a more-than-reasonable rate for what he brings to the table.

Tucker, 35, is longer in the tooth, but the Warriors are well aware of just how valuable he can be. The 10-year veteran has been the Rockets’ version of Draymond Green, and if having one is good, two can only be better. Tucker will make just under $8 million in the final year of his contract this season.

If you’re the Warriors, why wouldn’t you call up Houston’s new first-time general manager and offer the trade exception for either Covington or Tucker? The Rockets are in such poor negotiating position right now that Golden State could probably get away with not including any first-round picks as part of the deal. It could be a win-win for both sides.

RELATED: Warriors should use TPE as favor to Steph, Klay and Dray

The Warriors would get the key veteran piece they’re looking for without giving up any additional value beyond the trade exception, which will expire in a matter of weeks whether they use it or not. Meanwhile, the Rockets would move Covington or Tucker off the books, and possibly add a future draft pick or two.

Both sides have the requisite motivation to get this kind of deal done. It might seem wildly one-sided in Golden State’s favor, but that’s the situation the Rockets currently find themselves in.