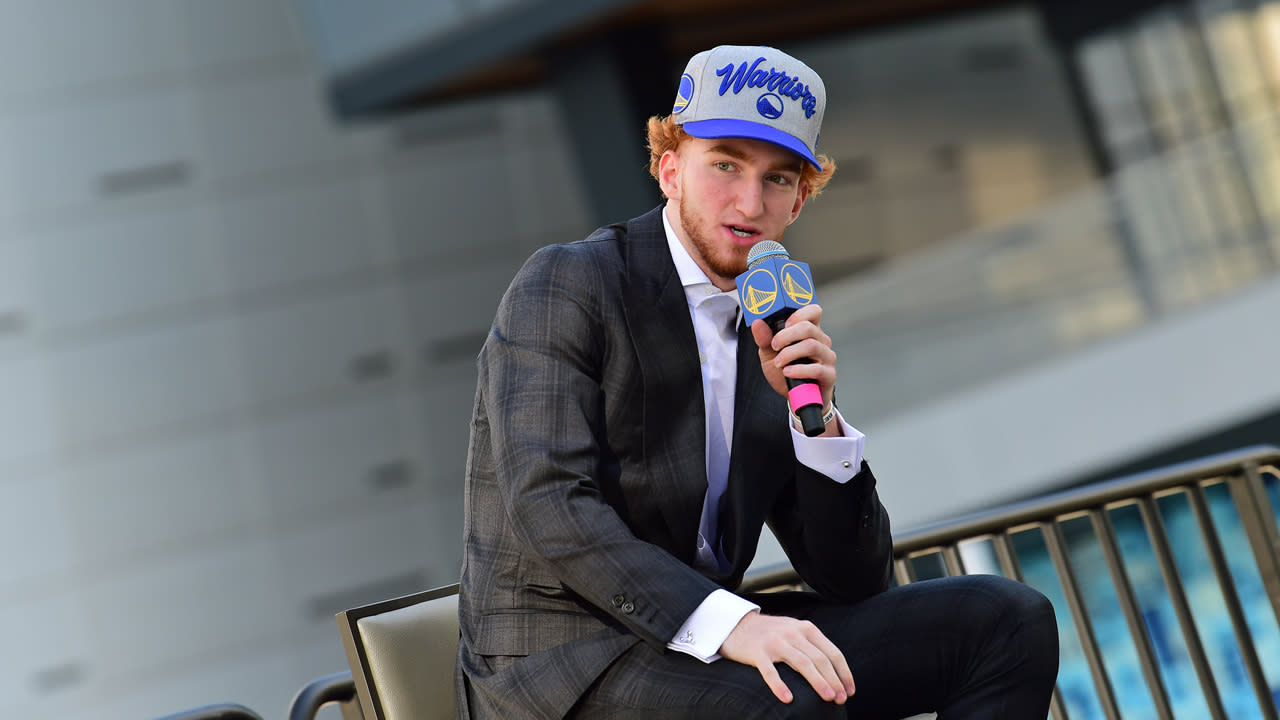 Nico Mannion was taken with the 48th overall pick in the 2020 NBA Draft, and that’s something he won’t soon forget.

The Warriors selected the Arizona product in the second round and signed him to a two-way contract. A year ago, Mannion was headed to Arizona as a star recruit and a projected lottery pick. An up-and-down freshman season at Arizona saw him fall to the late second round, a drop that’s burned into his mind as he begins his NBA journey.

“I kind of have that underdog feeling, and, honestly, I kind of like it,” Mannion told The San Francisco Chronicle’s Connor Letourneau. “My dad was always that underdog. He was always a guy scratching to get minutes or stay on a team. From him, I’ve learned to embrace that role.”

In a move straight out of Draymond Green’s playbook, Mannion told Letourneau that he screenshotted the NBA draft board after he was selected and it looks at it every day to memorize the point guards who were drafted ahead of him.

Green, who the Warriors drafted with the No. 35 pick in the 2012 NBA Draft, famously remembers all 34 players who were drafted before him and still can recite them in order to this day.

Mannion could have been drafted a little earlier. He knew teams were interested in taking him early in the second round, but he started rejecting offers as he slid because he believed the Warriors were the ideal fit for him.

Many NBA executives were stunned that Mannion fell to the Warriors at No. 48, believing that could be one of the steals of the draft.

The 6-foot-3 Mannion saw his draft stock take a hit due to shaky defense and some shooting woes, but the Warriors believe he could develop into a solid backup point guard behind Steph Curry.

Mannion’s father, Pace, was drafted by the Warriors in the second round of the 1983 NBA Draft, making Nico and Pace the fourth father-son duo to drafted by the same team in NBA history.

As Mannion begins his NBA journey with the Warriors, he’s embracing that «underdog mentality,» vowing not to forget the teams that didn’t think he was good enough.

“Of course, I’m happy I got drafted — especially by the Warriors,” Mannion told Letourneau. “Still, there’s a chip on my shoulder just because I know there’s 29 teams that passed on me. It’s something I won’t lose.”

That’s a mindset that’s going to be music to Green and the rest of the Warriors’ ears.