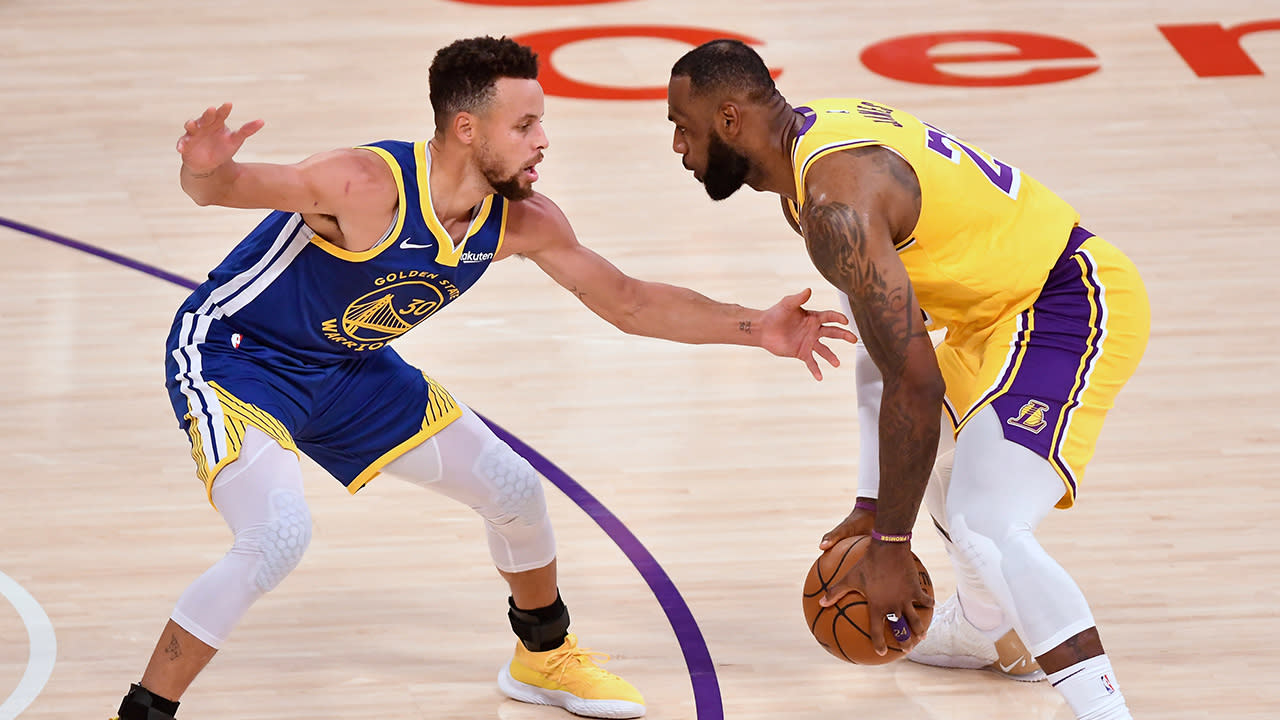 Warriors vs. Lakers in the play-in? LA nearly boxed in originally appeared on NBC Sports Bayarea

With each day that passes, the NBA playoff picture gains more clarity. And though the Warriors didn’t learn who they would face in the play-in tournament on Wednesday, they did get a better idea of which team it will be.

It won’t be the New Orleans Pelicans, who were eliminated from play-in contention with their loss to the Dallas Mavericks. The San Antonio Spurs lost as well, which keeps the Sacramento Kings‘ hopes alive for the 10th seed. It will be either the Spurs or Kings that claim it.

The Warriors are guaranteed to be either the eighth or ninth seed in the West play-in tournament. If it’s the latter, they would host the 10th seed in one of the play-in games.

However, it’s more likely that Golden State finishes eighth in the conference, which would mean the Warriors would face whichever team finishes in seventh in the play-in. Even if the Warriors lost that game, they would still have one more chance to secure the No. 8 overall seed in the playoffs against the winner of the other play-in game.

Entering Wednesday’s games, there were three teams that could finish in seventh (and in the play-in): the Dallas Mavericks, Portland Trail Blazers and Los Angeles Lakers.

That’s still the case. However, the odds have shifted, and it’s almost certainly going to be the Lakers.Like the Mavericks, the Blazers were victorious Wednesday night, having defeated the Utah Jazz on the road. Though the Lakers kept pace by beating the lowly Houston Rockets, the wins by Dallas and Portland have significantly boxed in the defending champs.

If the Blazers win at least one of their final two games, they cannot finish lower than sixth.

If the Mavericks win at least one of their final two games, they cannot finish lower than sixth.

The only way for the Lakers to avoid the seventh seed — and the play-in — is if they win both of their final two games, and at least one of the Blazers or Mavericks loses out.

That’s certainly possible, but extremely unlikely, especially considering the Lakers might not have LeBron James and/or Anthony Davis for their final two contests. The Blazers and Mavericks next play on Thursday and Friday, respectively, while the Lakers don’t play until a back-to-back over the weekend. So, it’s possible the Lakers could get locked into the seventh seed and the play-in before they next step on the court.

The earliest the Warriors could learn who they’re facing in the play-in is Friday night, and there’s only one scenario in which that’s possible.

If all of that happens, the Warriors will finish eighth in the West, and will face the Lakers in the play-in tournament with the No. 7 overall playoff seed on the line.

If the Blazers or Mavericks lose, then the seventh-place team won’t be determined until Saturday at the earliest. And if the Warriors lose to the Pelicans, or if the Kings don’t sweep both games against the Grizzlies, then Golden State’s own play-in seeding will be determined by the outcome of the season finale against Memphis on Sunday.

Technically, the Warriors could still face any one of six different teams in the play-in. With that said…

Get ready for Warriors-Lakers, folks.