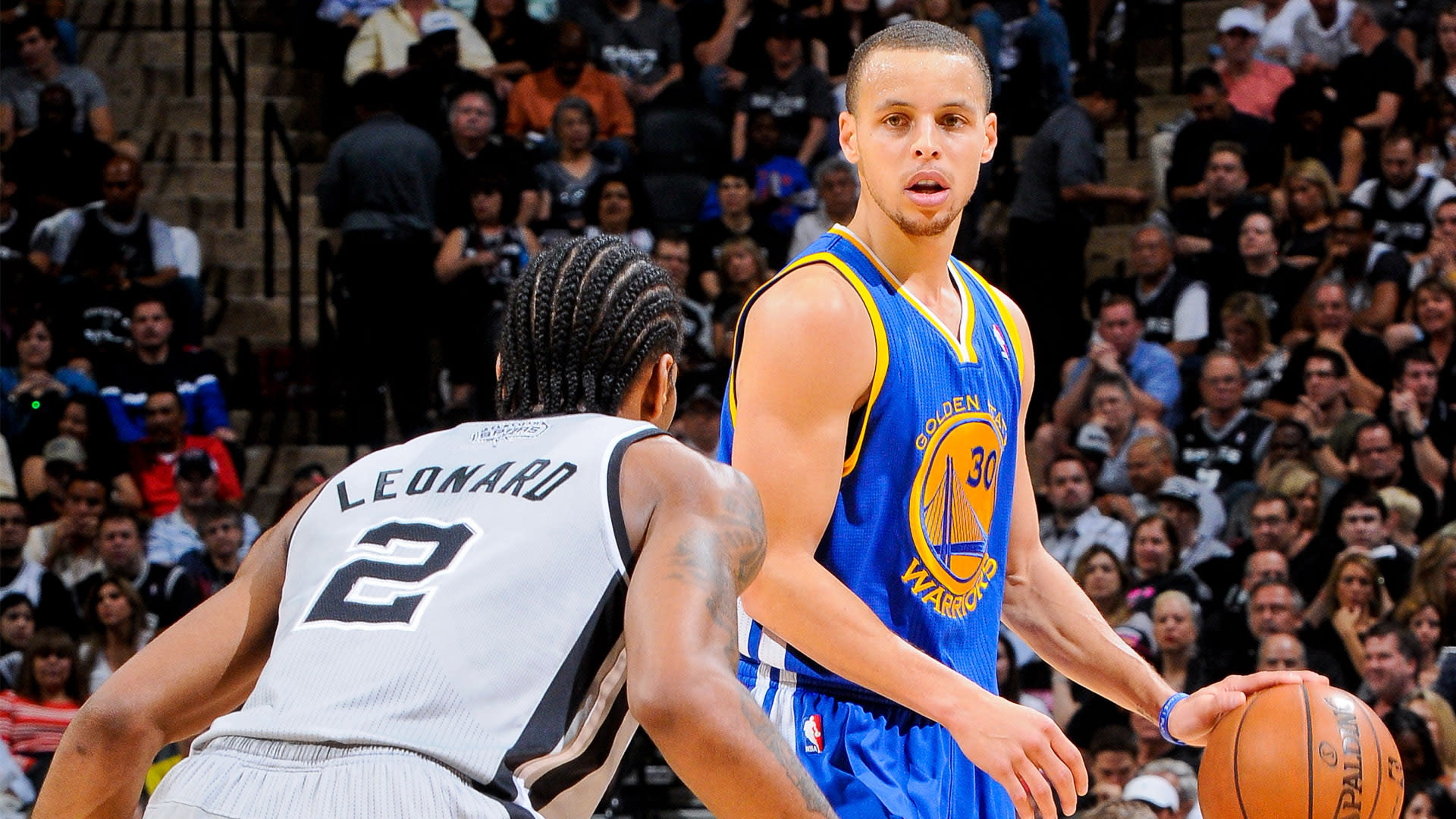 And in commemoration of the Minnesota Timberwolves picking Ricky Rubio and Jonny Flynn at No. 5 and No. 6 overall respectively, Thursday was «Steph Curry Appreciation Day» at 95.7 The Game.

Bob Myers joined the «Bonta, Steiny & Guru» show and was asked when he knew Steph was destined for superstardom. The Warriors’ general manager revealed his «aha moment» came during Game 2 of the Warriors’ Western Conference semifinals matchup vs. the San Antonio Spurs in 2013.

«He came off a screen at the top and he took a one-footed 3-point shot — in the halfcourt,» Myers explained. «I looked at Travis (Schlenk) — our assistant GM at the time — and said, ‘Did he just shoot that off one foot?’ It looked so natural. I said, ‘This guy is different man.’

«That is so unusual and the way he did it. There’s a difference between being great and transcendent. There are a lot of great players in the NBA, but then there’s the ones like Steph that go beyond that category.»

In case you forgot what that shot looked like, here you are:

In Game 2 against the Spurs in 2013, Steph Curry made a one-legged 3-pointer (check out Richard Jefferson’s reaction at the 15-second mark of this video 😂) pic.twitter.com/Vil8C9vwHe

Curry registered 22 points and four assists that night, and the Warriors won 100-91 to even the series at one game apiece.

Myers also acknowledged how lucky he was to inherit a franchise-altering talent like Steph.

«You have a responsibility because when you’re gifted with somebody like that, all you can do is say, ‘Let’s try to give this guy a chance to win a championship,’ » the two-time NBA Executive of the Year said. «You don’t get that lucky very often.»

[RELATED: Why Stein stands by not voting Steph for 2015 Finals MVP]

Misson accomplished, as the Warriors advanced to five straight NBA Finals from 2015 to 2019 and won three titles.

And now the objective is to reload and give the two-time NBA MVP a chance to capture a fourth Larry O’Brien Trophy.