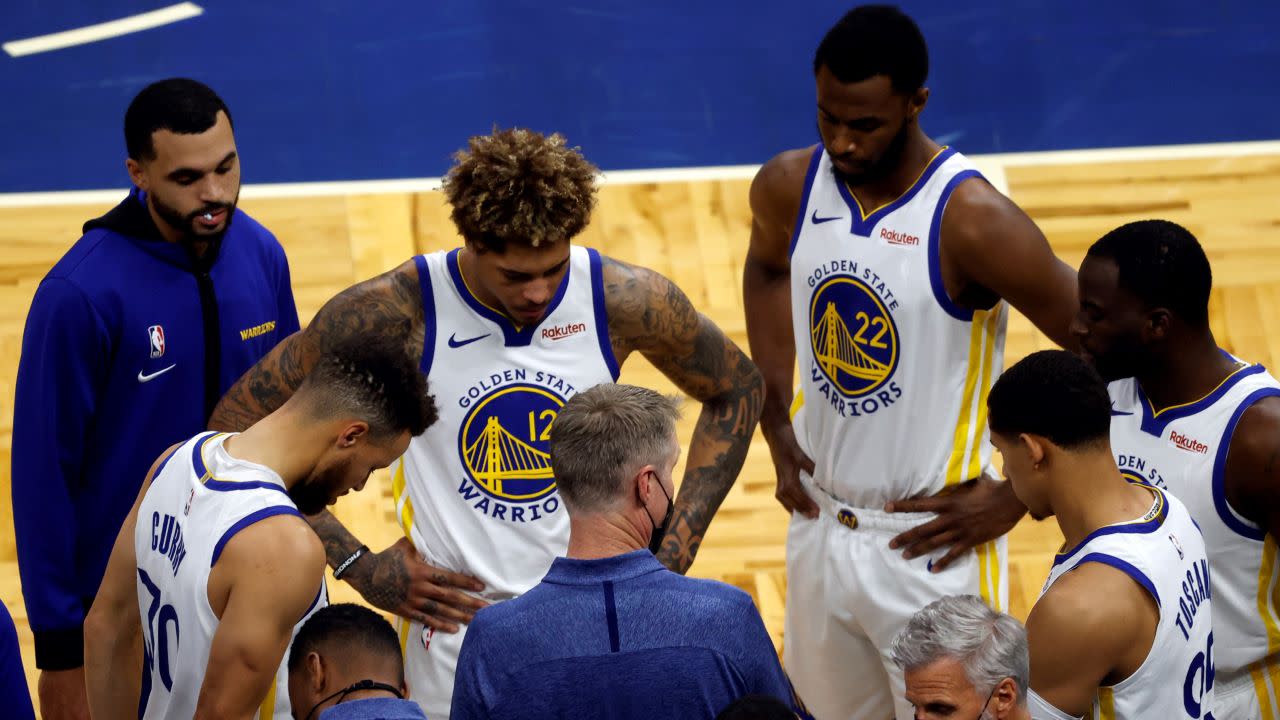 After reaching its highest point last week, stock in the 2020-21 Warriors plummeted over the weekend and now sits at its lowest level since the first week of the season.

Back then, there was easy rationalization for consecutive blowout losses.

This time, there is nothing easy or rational.

The Warriors opened this season days removed from an instructional training camp, without defensive facilitator Draymond Green against two top-five teams on the road. Beating the Nets or the Bucks would have been shocking.

Two months later, the Warriors are clearly improved – yet trying to recover from untimely back-to-back losses to teams they reasonably believe inferior

That’s why the alarms ringing now are so loud, and it’s why the Warriors confront their first truly pivotal game of the season and perhaps their defining week.

It’s not make-or-break. Too early for that. But this week reveal their underpinnings.

“Anytime you lose a couple games, you want to stop the bleeding,” Green said Monday, after blaming himself for a late-game meltdown on Saturday. “So, these next two are very important. In trying to win these two and finish this road trip 2-2, head back home for a game and continue to try and build some momentum.”

The Warriors took to the road last week after winning four of five games, with the only loss to a Brooklyn team smashing the rest of the league. Coach Steve Kerr and Stephen Curry both saw this four-game stretch of winnable games as a prime opportunity to build some momentum.

As in winning three or four games, going at least five games over .500 before returning home Friday night for another winnable game, against the Magic. Getting to 20 wins before facing the Lakers on Sunday in Los Angeles no longer is possible.

“We haven’t lost three in a row all year – we’ve lost two in a row – and we’d like to keep that streak going,” Kerr added. “The Knicks came into San Francisco a month ago and handled us pretty well. We know that they pose a lot of problems.”

New York’s 119-104 win over Golden State on Jan. 21 at Chase Center positioned the Knicks as perhaps the toughest opponent on this road trip. They’re a top-five defense, forward Julius Randle is playing at All-Star level and the game is at the fabled Garden.

The second half of the back-to-back set is at Indiana, a team the Warriors have beaten only twice in the last six meetings.

A 1-3 road trip would be abject disappointment, and 0-4 would leave the Warriors in such a hole they would be a longshot to finish the first half of the season with a winning record. Following the Lakers are the Trail Blazers and Suns, road games on successive nights.

The one thing they have is typical of all players with championship pedigree. They still believe, firmly, that they’ll get out of the routine that has been their lot this season. They still believe they are better than the mediocrity that comes with a .500 record.

“This team is getting better,” Green said. “And, hopefully, that will start to show in the win/loss column.”

The Warriors are better than they were two months ago. So is most of the NBA. At question is whether those first two games are representative of where they sit in the league’s pecking order, or whether the progress since is enough to put them among the top six teams in the Western Conference.

“We were in disarray,” Kerr said, reflecting on the first two games. “Didn’t have much of a training camp. James (Wiseman) and Draymond didn’t have any camp. And in two months, we are to the point where we have the fifth-ranked defense in the league and we have a chance to win pretty much every night.

“And now, we’ve just got to take the next step, which is closing games.”

Wiseman is expected back on Tuesday. So is Kevon Looney. The rotation will be deeper, which implies a better team.

But every sign of progress thus far has been followed by a setback. If the Warriors can’t break that self-defeating habit this week, when can they?

Anything less than winning the next four games would strip most of the realistic chances of their ability to achieve one of the top six seeds in the West.