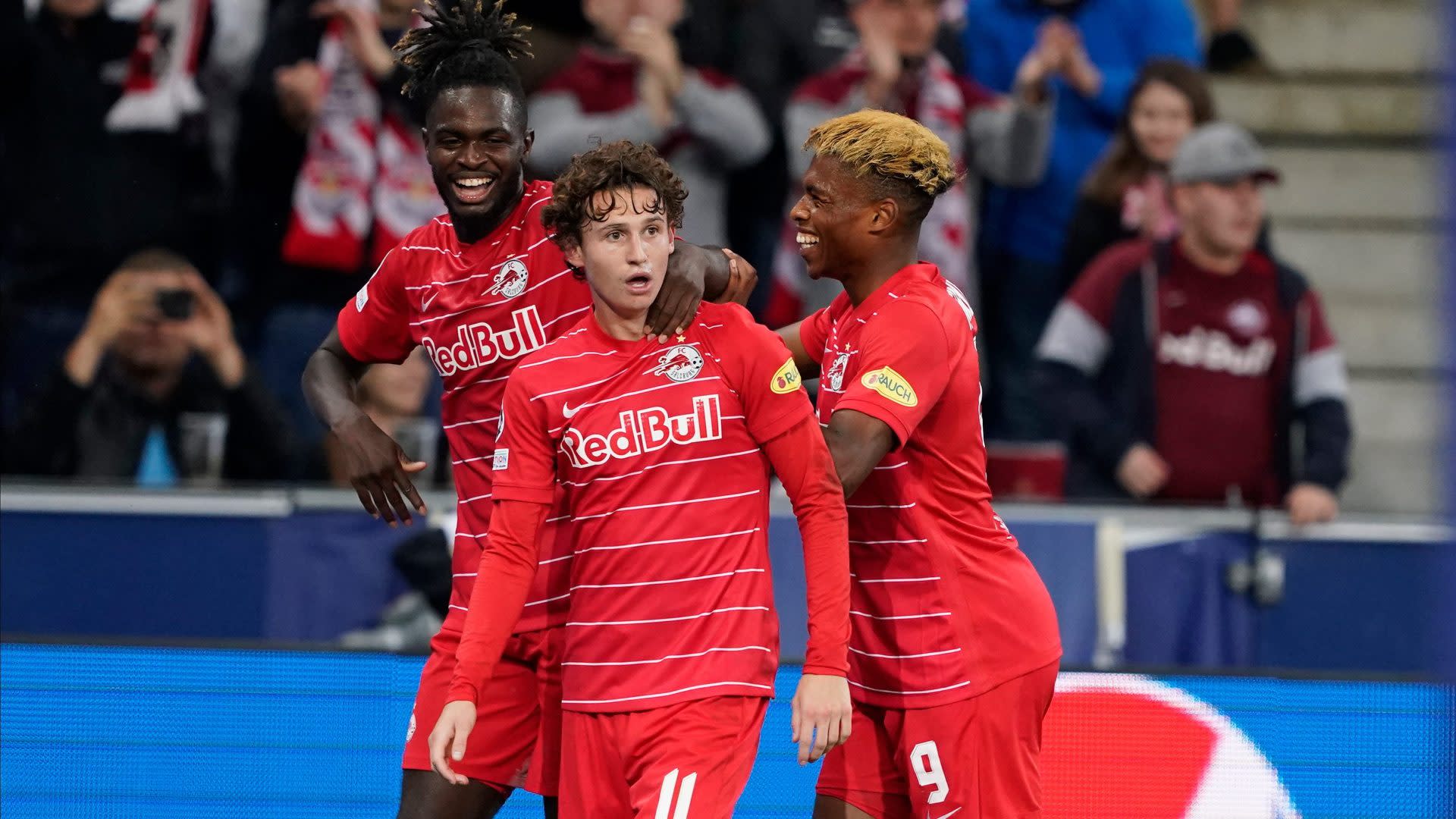 Brenden Aaronson played the part of hero on Tuesday, as the 20-year-old USMNT midfielder scored the game-winning goal for Red Bull Salzburg in their UEFA Champions League playoff round qualifier.

Aaronson’s name is one (of many) that USMNT fans are likely to become quite familiar with over the next 15 months leading up to the 2022 World Cup in Qatar. He’s only been at Salzburg since January, but Aaronson has quickly established himself as a full-time regular for the Austrian giants and he moves closer to his next step up the European ladder with each standout performance and shining moment.

Salzburg fell behind to Danish side Brondby after four minutes on Tuesday, but Karim Adeyemi, another of the club’s sterling prospects, made it 1-1 just before the hour mark. Aaronson entered the game as a halftime substitute before going on to score the winner in the 90th minute.

Now, 90 minutes is all that stands between Aaronson and his first taste of UEFA Champions League competition. After arriving from the Philadelphia Union last winter, Aaronson played 121 of 180 minutes in Salzburg’s round-of-32 defeat to eventual winners Villarreal.