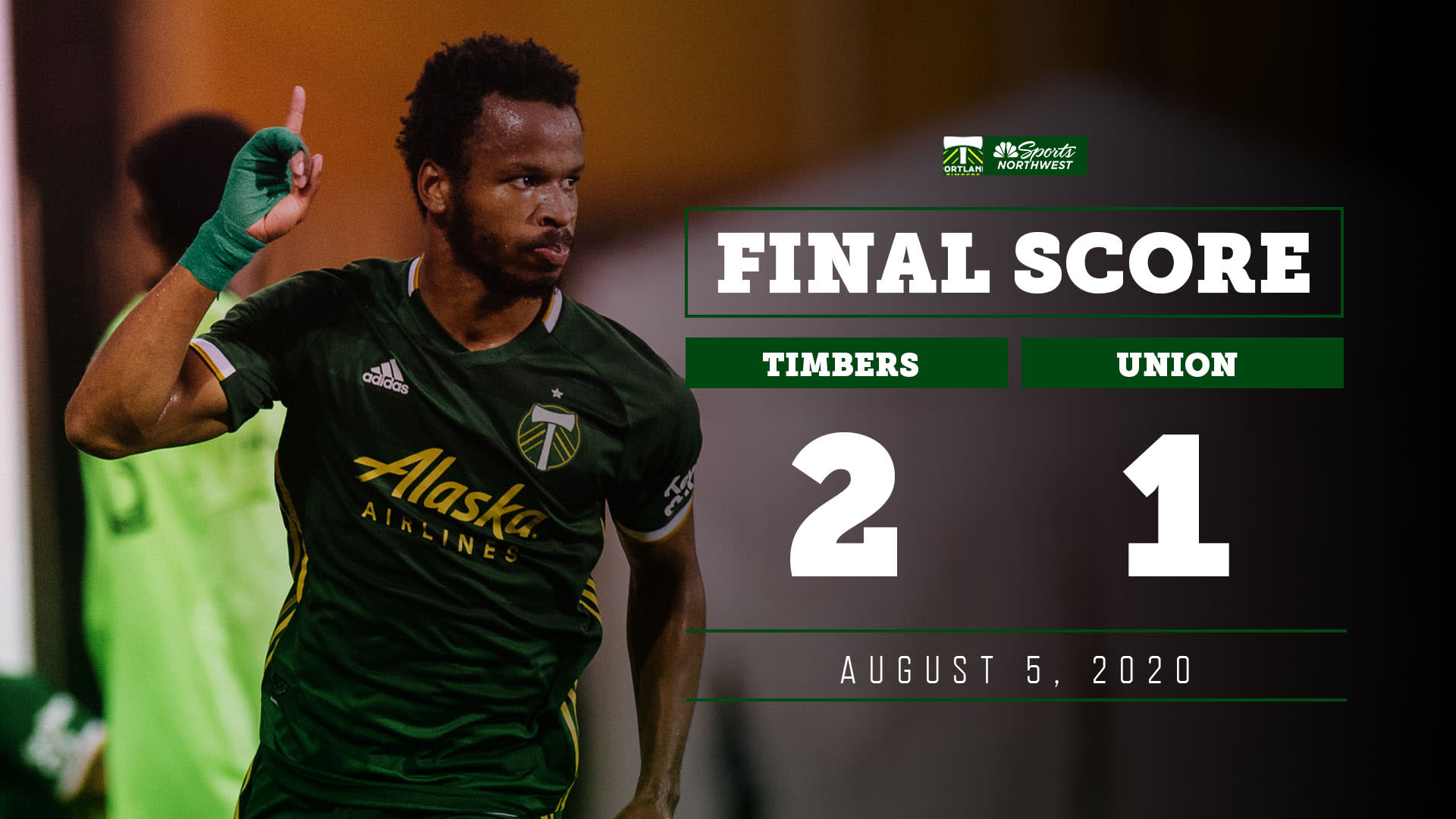 The Portland Timbers are a game away from being champions once again.

The Timbers defeated the Philadelphia Union in the semifinals of the MLS is Back Tournament 2-1 Wednesday evening behind goals from Jeremy Ebobisse and Sebastian Blanco.

It didn’t take long for the Timbers to get on the board, because in the 13th minute Ebobisse scored his fourth goal of the MLS is Back Tournament to give Portland an early lead that they never relinquished.

Portland nearly surrendered that lead in stoppage time of the first half when Sebastian Blanco surrendered a penalty kick, but Sergio Santos badly missed frame for the Union.

It was the fifth penalty kick given up in six games for the Timbers.

Portland ‘s offensive attack strung together a few great possessions but blew multiple opportunities to get a second ball in the back of the net.

That was until the 70th minute when Blanco finished a corner kick to give the Timbers a 2-0 lead.

Blanco has been all over the stat sheet for Portland so far this tournament with three goals and five assists, having a part in 8 of the team’s 12 goals.

The Union scored a goal off a free kick in the 85th minute to pull within one but it wasn’t enough. Andrew Wooten scored it for Philadelphia. Then, an equalizer for the Union in the 86th minute was disallowed for offsides.

Next up, the Portland Timbers will play the winner of Orlando City FC and Minnesota United on August 11th at 5:30 p.m. PT. The winner will get a spot in the CONCACAF Champions League in 2021.