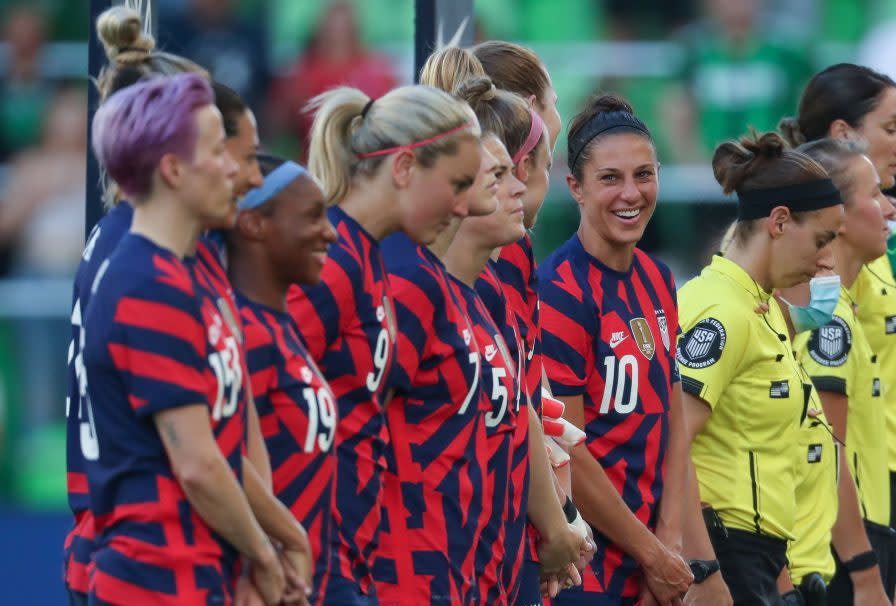 The USWNT roster for the Tokyo Olympics has been confirmed, with the Stars and Stripes going with a mixture of experienced stars and young prospects.

After failing to medal in 2016 (the first time in history they didn’t get either a silver or gold) the USWNT are red-hot favorites to win Gold at Tokyo, as the back-to-back reigning World Cup champions are currently on an incredible unbeaten run of 42 games.

Lloyd and Heath are playing in a record-equalling fourth Olympics, as they match the record of USWNT legend Christie Pearce Rampone.

“It’s been a long process to get to this point, longer than anyone thought it would be, but we collected a lot of information on the players over the past year and half in trainings, in their club matches and in international games and we’re confident that we’ve selected the team with the best chance for success in Japan,” said Andonovski.

The tournament starts for the USWNT on July 21 and their group stage concludes on July 27.

Remember: You can watch the Olympics on NBCSports.com and Peacock Premium.

Below is the USWNT squad in full.