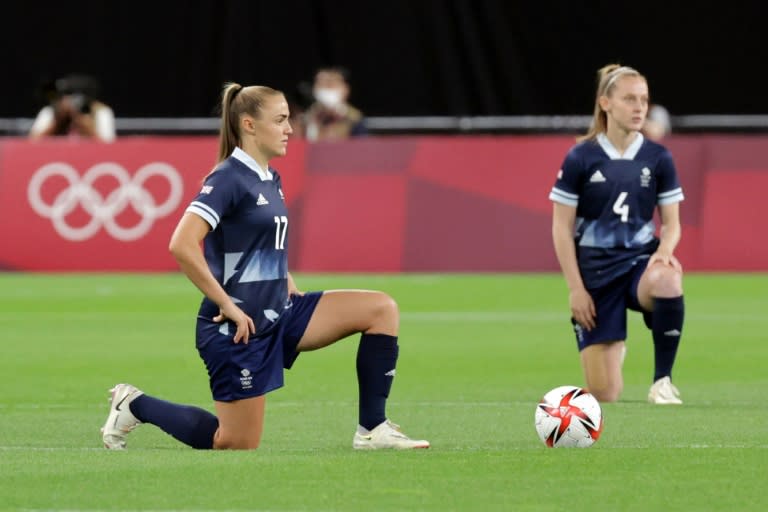 Gold medal favourites the United States began their bid for a fifth women’s Olympic football title with an embarrassing 3-0 loss to Sweden, while Team GB kicked off their campaign at the Tokyo Games by beating Chile on Wednesday.

The US have won four of six Olympic titles since women’s football was introduced to the programme in 1996, but suffered a heavy defeat by the same team that knocked them out on penalties in the quarter-finals in Rio.

Stina Blackstenius scored twice before substitute Lina Hurtig added a third for 2016 silver medallists Sweden at a game played in front of empty stands at Tokyo Stadium due to strict Covid-19 restrictions.

The loss ended a 44-match unbeaten run for the Americans dating back to the start of 2019. It was also only the second time they had lost a game in 90 minutes at the Olympics.

«They’re (Sweden) one of the best teams in the world,» said US forward Megan Rapinoe. «There’s really no time to dwell or think about if Sweden is living in our heads or not. We’ve got another game in three days.»

In Sapporo, Britain won their Group E opener 2-0, with Manchester City striker Ellen White scoring twice and having a goal disallowed by VAR for offside.

Hege Riise’s side are bidding to become the first British team to win an Olympic football medal.

«When you get into a competition, it’s really important you win that first game,» said Team GB captain Steph Houghton.

«There’s still a lot of stuff to improve on but three points on the board, we’re really pleased.»

Debinha scored in between Marta’s brace before a late Andressa penalty and Beatriz strike completed a comprehensive victory in Rifu.

European champions and 2019 World Cup runners-up the Netherlands take on Zambia later in a meeting of Olympic newcomers in the group’s other game.

Hosts Japan are in action against Canada, who have won bronze at the past two Olympics.

Players from the US, Sweden, Team GB and Chile all took a knee before kick-off to highlight racial injustice.

«As players in Great Britain we’ve been taking the knee in club and international matches and we felt strongly as a group that we wanted to show support for those affected by discrimination and equality,» said Houghton.

«It was a proud moment because the Chile players took the knee too to show how united we are as sport.»

New Zealand did the same ahead of their game against Australia, whose players stood arm in arm facing their opponents.

The International Olympic Committee has relaxed some of the rules for protests at the Games, softening a long-standing ban on political protests at the global sporting event.

Athletes will now be allowed to take a knee before play begins to highlight racial injustice, speak to the media and post online about their views, or wear clothing with a protest slogan at a press conference.

But political statements during events, victory ceremonies and at the Olympic Village are still off the cards, the IOC said.

«For us it feels right to stand up for human rights,» said Sweden defender Amanda Ilestedt.

«For us it feels good to do, and something we stand for as a team.»