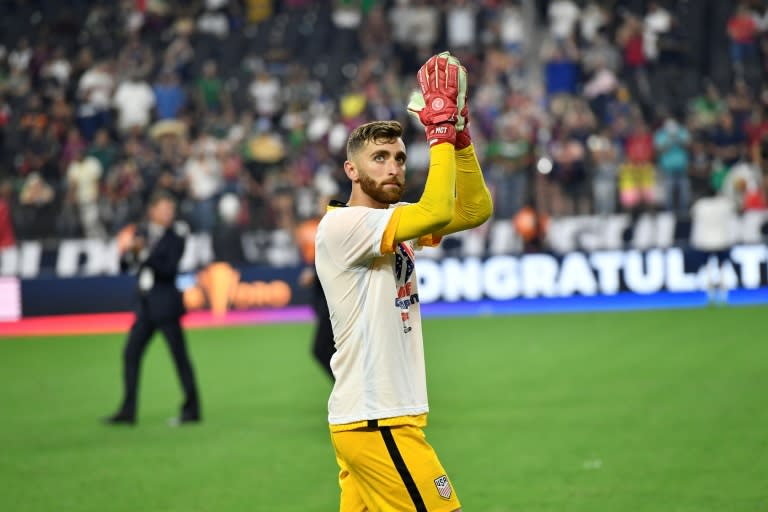 New England Revolution goalkeeper Matt Turner was the hero as the MLS All-Stars defeated their counterparts from Mexico’s Liga-MX on penalties to win Major League Soccer’s All-Star game on Wednesday.

US international Turner pulled off superb saves from Liga-MX duo Rogeli Funes Mori and Salvador Reyes in the shoot-out to hand the MLS All-Star team their first victory in the showpiece since 2015.

Turner’s display earned him Most Valuable Player honors and follows a dazzling performance for the USA in their CONCACAF Gold Cup victory earlier this month.

FC Dallas teenager Ricardo Pepi struck the winning spot-kick for the MLS line-up after an entertaining game at Los Angeles’s Banc of California Stadium finished deadlocked at 1-1 after 90 minutes.

The MLS line-up had gone close to taking the lead early in the first half when Los Angeles FC’s Diego Rossi found space in the area and lofted the ball over advancing goalkeeper Guillermo Ochoa.

However Liga MX defender Jorge Sanchez did brilliantly to deny Rossi, lunging acrobatically to hook a clearance off the goal-line.

Liga-MX then took the lead in the 20th minute, when Uruguayan international Jonathan Rodriguez chested down a cross at the far post, lost his marker Alex Roldan with ease and fired past Pedro Gallese.

Gallese’s replacement, Jamaican international Andre Blake, then kept the MLS All-Stars in the game with a fine save to deny Santiago Gimenez just before half-time, advancing off his line to pluck the ball away from the Cruz Azul forward’s feet.

The MLS All-Stars levelled on 53 minutes with a goal that came courtesy of Los Angeles duo Eduard Atuesta and Colombian compatriot Jesus Murillo.

Atuesta’s inviting corner was met by Murillo who headed home to make it 1-1 and set up the late penalty drama.