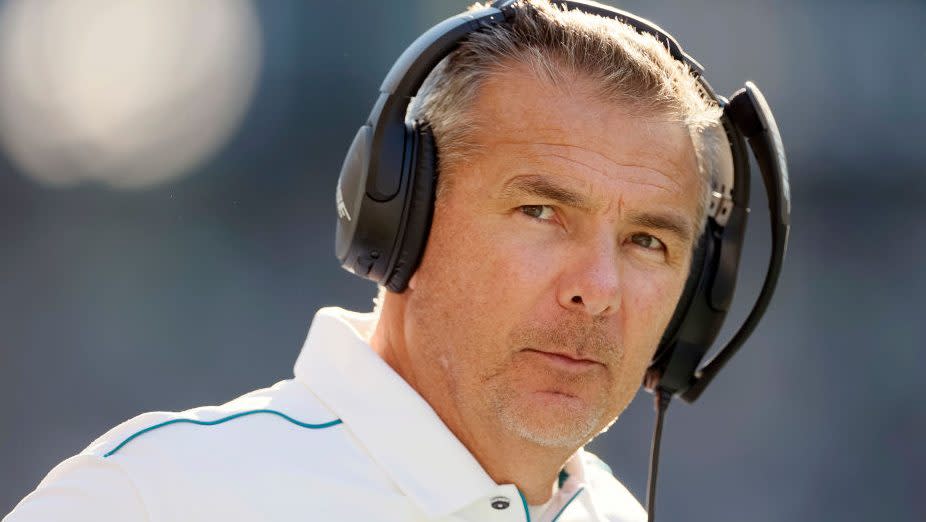 Between the Jon Gruden email fiasco and an unexpected London win over the Dolphins, Jaguars coach Urban Meyer’s fitness to coach in the NFL became a back-burner topic. On Sunday, a decision he made raises questions about his fitness to coach at any level.

Trailing 24-0 with just under two minutes to play, the Jaguars scored a touchdown. The availability of the two-point conversion made going for it a no-brainer, since 24-8 would have changed the game to a two-score contest. Taking the single point after the touchdown would have kept the margin at 17, requiring three scores.

So Meyer did what anyone would have done, from the NFL all the way down to playing Madden, right? Nope. He called for the extra point.

Why did Meyer do it?

“I should have kicked it deep,” Meyer told reporters after the game. “We kind of had that discussion on the sidelines. They wanted to try it and work on some things, get another possession.”

Actually, he should have gone for two. Then, if his team had secured the conversion, he should have tried the onside kick. And so on, hopeful that lighting would strike.

Lightning can’t hit a milk bottle unless the milk bottle is in the street. Meyer inexplicably decided to take the bottle inside for the point-after-touchdown, and then to trot it back out for the onside kick, with the chances of winning the game far more remote than they would have been if he’d gone for two and gotten it.

In Meyer’s defense, he was rarely down by 24 points at any stage of a game in college. Still, anyone should have known to go for two in that spot. The ensuing onside kick made the decision even more glaring.