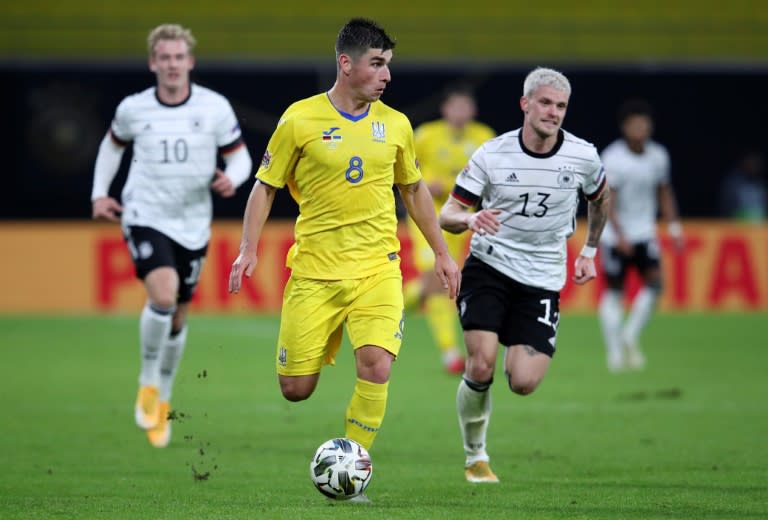 Tuesday’s Nations League match between Switzerland and Ukraine has been called off, the Ukrainian football association said, after six of its players tested positive for the coronavirus.

The association said in a statement that it was informed by UEFA the match «cannot take place» after Swiss health authorities made the decision «to quarantine the entire delegation of the national team of Ukraine.»

The decision on the future of the match, which had been scheduled to take place in Lucerne at 1945 GMT, will be made by UEFA, the association said.

Atalanta midfielder Ruslan Malinovskyi and two Shakhtar Donetsk team-mates — Sergiy Kryvtsov and Junior Moraes — contracted the virus and were self-isolating in their hotel in Switzerland, the association said.

Kryvtsov and Moraes have already come into contact with the coronavirus and have antibodies, Ukraine’s FA said.

It added that UEFA allowed Kryvtsov and Moraes to play, but local authorities barred players from participating in team events.

Andriy Shevchenko’s side have been badly affected by the virus, as four more players tested positive before the 3-1 loss away to Germany on Saturday.

In October, Ukraine included 45-year-old assistant Oleksandr Shovkovskiy in the squad for a friendly against France after a number of players, including two goalkeepers, tested positive.

Ukraine are three points ahead of Switzerland with one match left in Nations League Group 4, as they attempt to remain in the top tier of the competition.