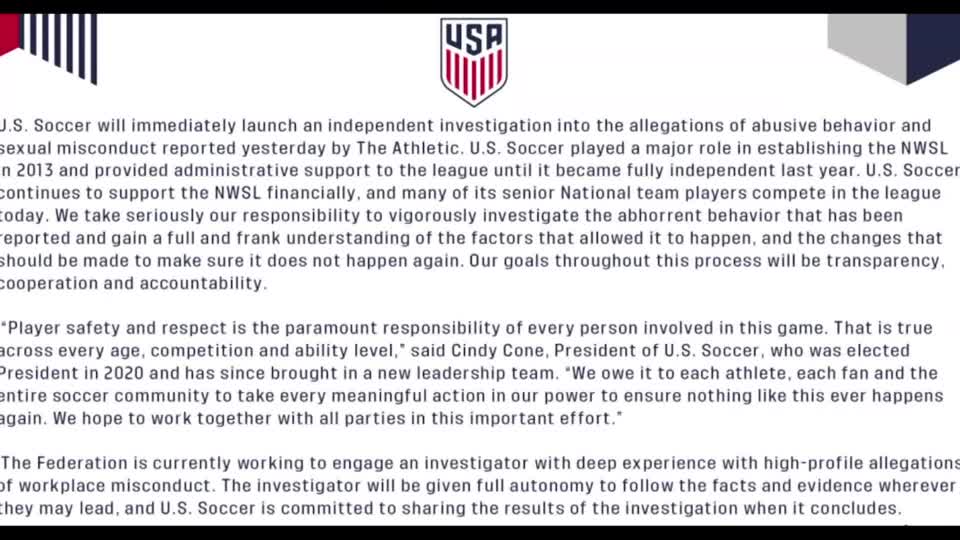 U.S. Soccer announced Friday it’s launching an investigation into the National Women’s Soccer League (NWSL), in the wake of sexual misconduct allegations against a former coach.

North Carolina Courage coach Paul Riley was terminated by the league after over a dozen players outlined sexual coercion and misconduct allegations against him, according to a report by The Athletic on Thursday.

He reportedly denied any wrongdoing, and did not immediately respond to a request for comment.

It’s sent shockwaves through the soccer world and prompted its most prominent figures, including two-time World Cup winners Megan Rapinoe and Alex Morgan, to voice their outrage.

It’s also prompted the NWSL board of directors to fire several key members, including commissioner Lisa Baird, who had previously announced that scheduled games would not be held that weekend.

In an earlier statement, Baird wrote, «this pause will be the first step as we collectively work to transform the culture of this league, something that is long overdue.»

The Athletic report came days after another head coach in the league, Richie Burke of the Washington Spirit, was terminated with cause. He had previously been suspended following allegations of abuse detailed by the Washington Post.

NWSL did not immediately respond to a request for comment.