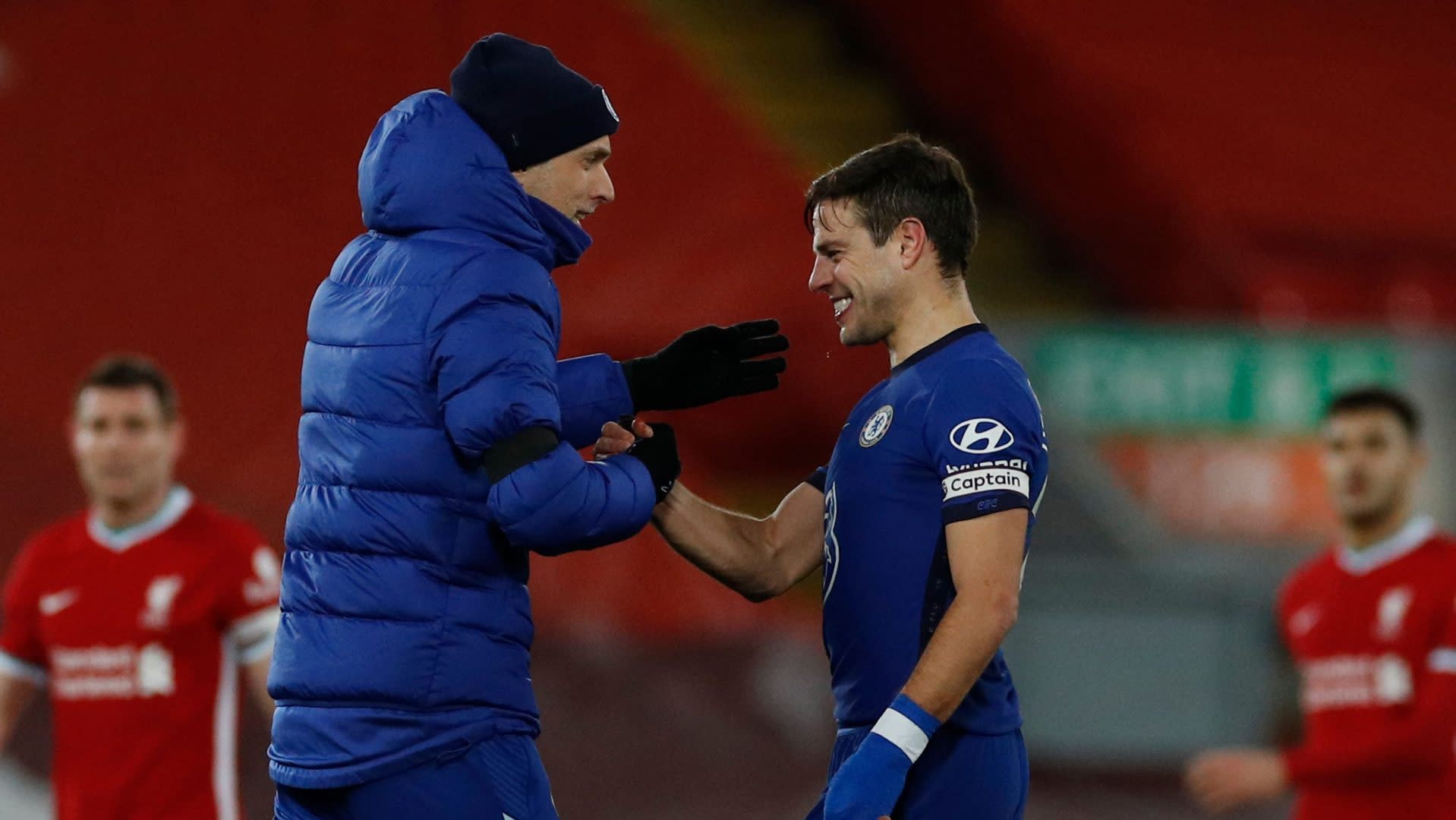 Chelsea moved back into the top four, four points clear of the hosts, after holding Liverpool to a single shot on target.

None of those came from Liverpool’s front three of Roberto Firmino, Mohamed Salah, and Sadio Mane, who managed just two shot attempts between them.

“Played very courageous,” Tuchel said. “Excellent moments with the ball. We had moments we needed to suffer but never lost the attitude to defend and the disciplined desire to defend up front. It’s a well-deserved win, a big performance, and a big result.”

Tuchel’s Blues haven’t allowed many teams to score, an 11-2 combined scoreline with the lone concessions an Antonio Rudiger own goal versus Sheffield United and Takumi Minamino’s early goal in a 1-1 draw with Southampton.

“When you play at Anfield, you cannot overthink,” Tuchel said. “You have no time to think. We told the players we need your best performance but we don’t need anything extra. … It was a very good team performance.

“Everybody was very brave,” Tuchel said. “The highest pressure was inside but the solution was inside, too. … It’s a six-point game. We knew this, but the race is on and there are 11 games to go. There is no other way than to prepare every game and the next one is another tough one against a direct rival.”

Chelsea hosts Everton on Monday in a match just as big as Thursday’s fight with the champms. The schedule eases after that, as Leeds, West Brom, Palace, and Brighton are next. Beating the Toffees will make the top four seem a destination and not a hope.