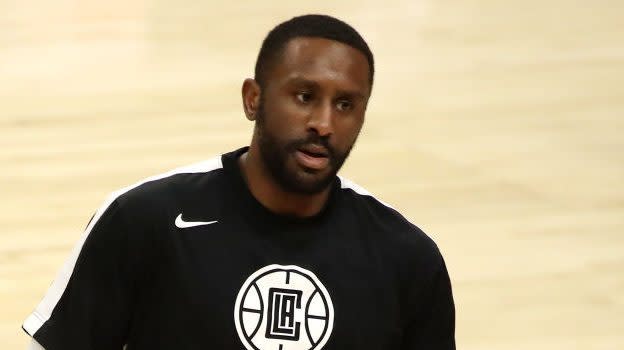 Portland is going to have an interesting training camp — and not just because all eyes will be on Damian Lillard (that story may be a little boring if you’re expecting trade drama).

The Trail Blazers will head into camp later this month with 13 guaranteed contracts and plans to carry 14 players (they can carry 15). Portland has set up a little competition, first giving a non-guaranteed contract to Dennis Smith Jr., then another training camp deal to Marquese Chriss to fight for that last roster spot. Now you can add Patrick Patterson to that mix, a story broken by Adrian Wojnarowski of ESPN.

Offensively, Patterson makes some sense for the Trail Blazers. Last season he played in 38 games for the Clippers, only averaging 5.2 points per game but shooting 35.7% from three — he can space the floor and make smart plays on that end. The challenge is he is a minus defender at this point.

Portland reportedly also is considering bringing in Michael Beasley (who played Summer League for the Trail Blazers) and/or James Ennis to compete for that slot.

Norman Powell, Robert Covington, Larry Nance Jr., and Tony Snell will get the bulk of the minutes that would go to whoever gets that final roster spot (or spots). This is an end-of-the-bench veteran role.

But it will be interesting to watch the battle for that spot, a little Hard Knocks Portland.

Check out more on the Trail Blazers