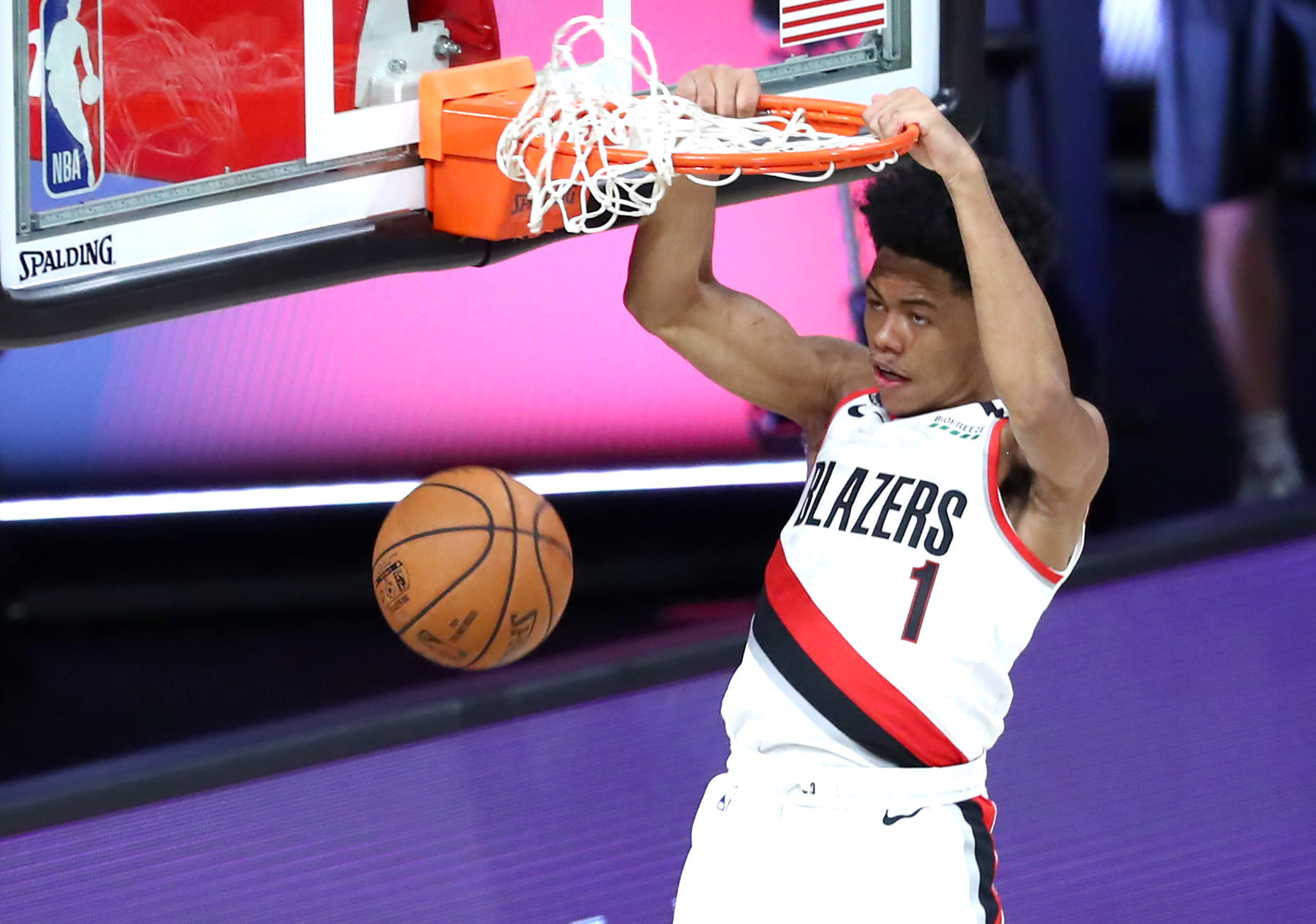 Whatever plans you had for March 7th, they better include watching NBA All-Star events.

Not only will Damian Lillard be playing in the All-Star game with Robert Covington expected to be among the Skills Competition participants, but guard Anfernee Simons will be in the NBA Slam Dunk Contest, as reported by ESPN’s Adrian Wojnarowski.

It’s been a long time coming.

Last year, Rip City wanted to see Simons in the event but ultimately the NBA decided against it.

«It would be a good opportunity,» said Simons about if he’d want to be in the event in 2020. «It would be fun, especially a time for me to get my name out there and show what I can do. I don’t think a lot of people know that I can jump pretty high.»

His Blazers teammates have seen firsthand how high Simons can jump.

«There’s athleticism, there’s elite athleticism,» said Damian Lillard. «And then there’s what (Simons) can do.»

«I would love for him to have the opportunity to do that,» said Stotts. «I think he’d be really good at it. We know about him. I don’t know how the league decides who is in different contests, but I think Anfernee would be an exciting contestant in it.»

How does Simons describe his dunking style for those unfamiliar with him?

«Skinny guy that floats,» said Simons last year. «A lot of people want to see guys who aren’t the tallest, skinny but able to jump out the gym, kind of float in the air, like Ja Morant. He’s able to float. People like to see that.»

Despite being passed up for the event last year, he had two dunks ready to go in case the invitation came. Now he will get to show them off at halftime of the NBA All-Star game.

Simons will be the first Trail Blazer to participate in the dunk contest since Damian Lillard in 2014. He joins New York Knicks forward Obi Toppin and Indiana Pacers guard Cassius Stanley according to reports.

Coincidentally, Portland signed reining Dunk Contest champion Derrick Jones Jr. this past offseason, but he elected to not defend his title this year.