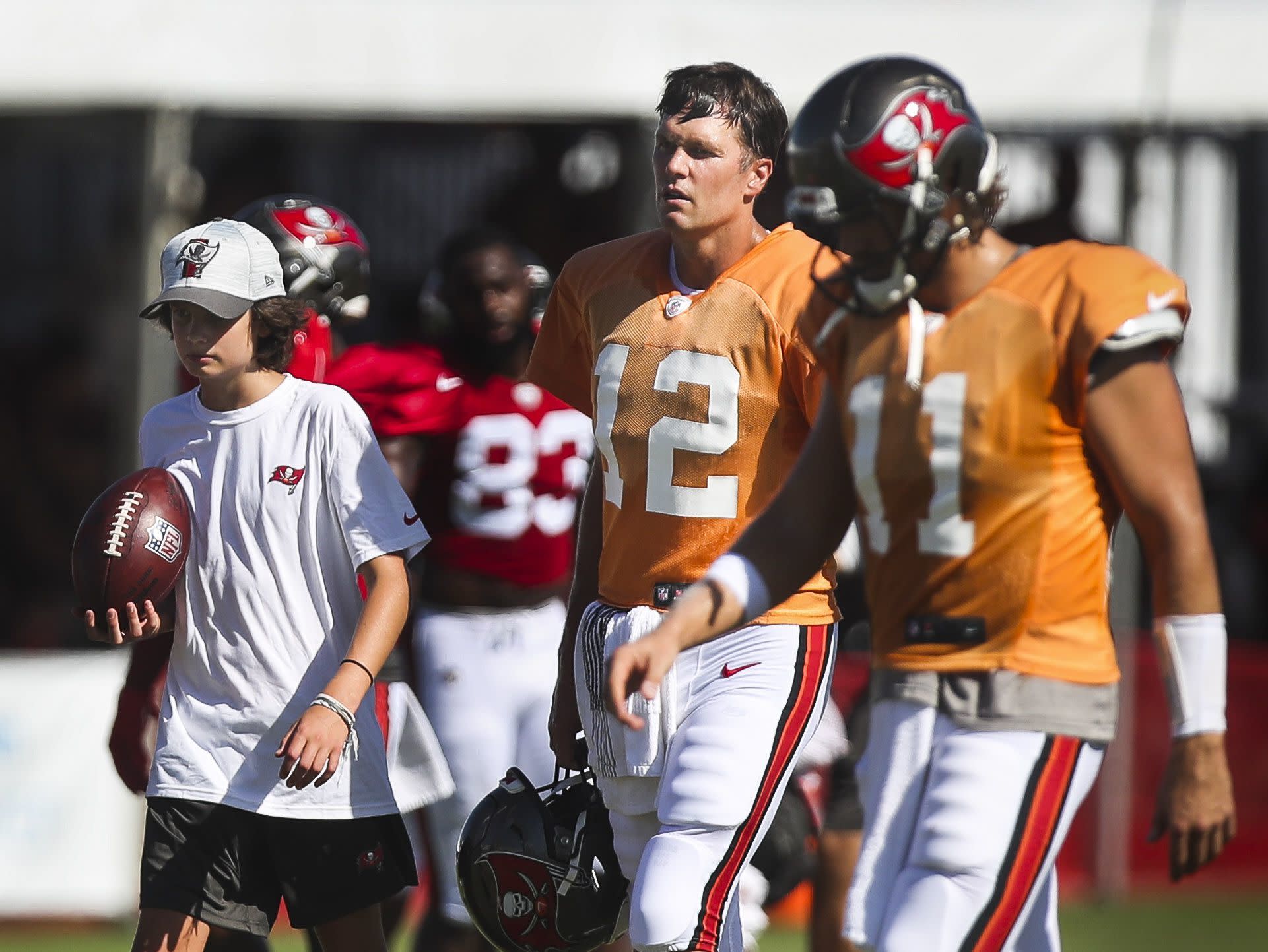 TAMPA ― Long after practice had ended Wednesday, 44-year-old quarterback Tom Brady was working on his mobility and doing sprints on an adjacent field.

His running mate was his son, 13-year-old Jack, who served as a ball boy for the Bucs this week in training camp.

“It’s great. He’s at a good age,” Brady said. “The more I get to do with him, the better it is. We have a great time together, and it’s really a treat to have him here. He thinks it’s fun, but it’s way better for me having him out here. It’s really, really cool.

“He’s just a great kid. I don’t want to blow his head up too much. He’s probably going to read this. Just a real special kid. It’s fun to be with him. He’s good with everything. Let’s run, let’s go on the boat, let’s golf, let’s ride bikes. I mean, he’s pretty cool with anything.

“He listens pretty well,” Brady continued. “I’ve got to keep him hydrated out there. I’m trying to always make sure he’s drinking. Because it’s so hot out here, you lose a lot and he’s not thinking, he’s just running around. Then he gets home and he’s wiped out. So I’m trying to keep his fluids in him and he gets to watch. He probably hears a lot of words that he doesn’t typically hear at his school, but that’s being on the football field.”

Sign up for the Bucs RedZone newsletter to get updates and analysis on the latest team and NFL news from Bucs beat writer Joey Knight.

Never miss out on the latest with the Bucs, Rays, Lightning, Florida college sports and more. Follow our Tampa Bay Times sports team on Twitter and Facebook.