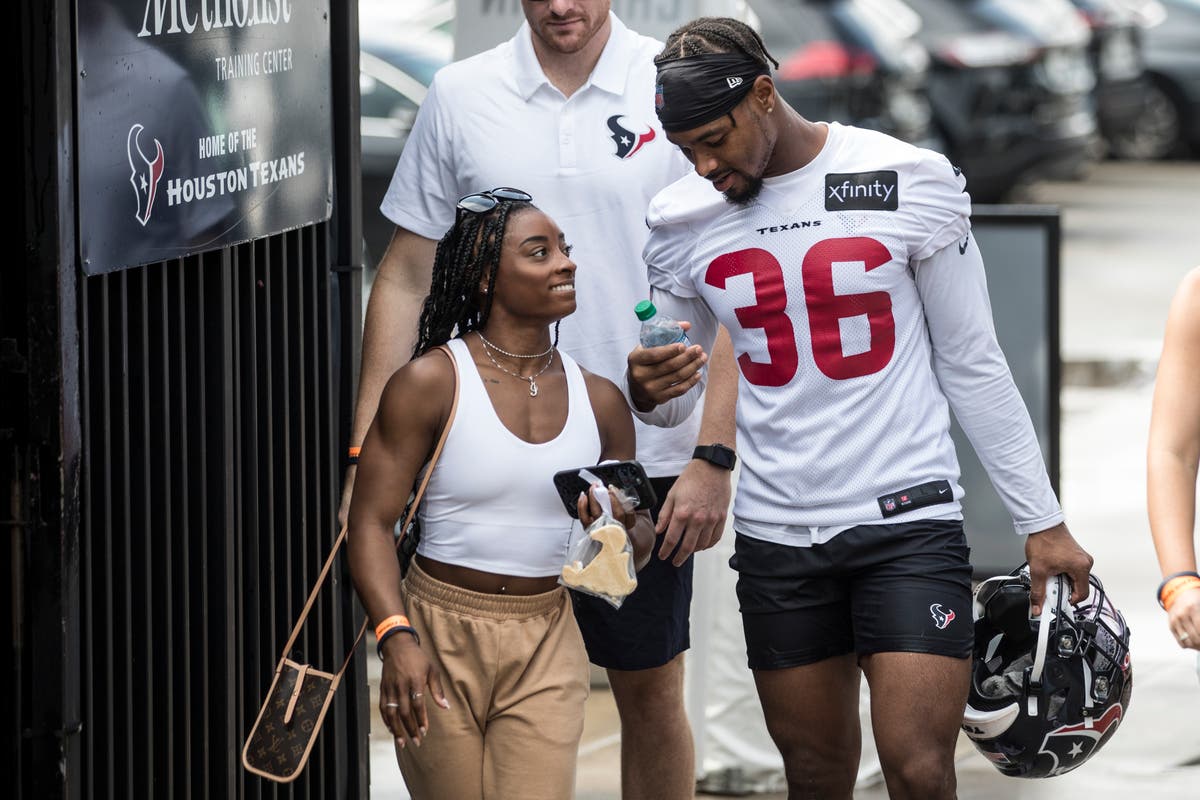 Simone Biles reunited with boyfriend Jonathan Owens back in Texas as she attended his NFL team’s practice in Houston.

The Olympic great on Thursday arrived back in the United States from Tokyo, where she won a bronze medal in the beam after pulling out of a string of other events to concentrate on her mental health.

Ms Biles was greeted by her family and hundreds of cheering fans as she arrived back at Houston’s George Bush Intercontinental Airport from the Tokyo 2020 games.

“Morning with bae,” she wrote on on e social media post, while on another she said, “open practices aka bring your girlfriend to work day.”

Ms Biles lives near her parents and currently dates Mr Owens, a defensive player who is on a two-year contract worth $1.39m with the Texans.

“He would say I slid into his DMs,” Ms Biles told The Wall Street Journal.

“I saw him and I was like, ‘Oh, he’s pretty cute,’ so I said hi … and then I saw that he was in the Houston area, so we started chatting a little bit, and then we went to hang out a week or two later.”

Her sister eventually interrupted a FaceTime call and invited Mr Owens on a lake house trip, to which he brought his English bull dog Zeus, and Ms Biles took along her French bulldog, Lilo.

Mr Owen has told Texas Monthly that he did not know who Ms Biles was when they first met, despite her international success and fame.

Ms Biles, 24, won four Olympic gold medals at Rio 2016 in the team event, the individual all-around, the vault, and the floor exercise, as well as a bronze medal in the balance beam.

She had been expected to challenge for gold again in all her events until she suffered a case of the “twisties” in the opening team-all-around event.

Gymnasts have described the predicament as a mental block where the athlete’s body feels disconnected from their brain and they do not know where they are in the air.