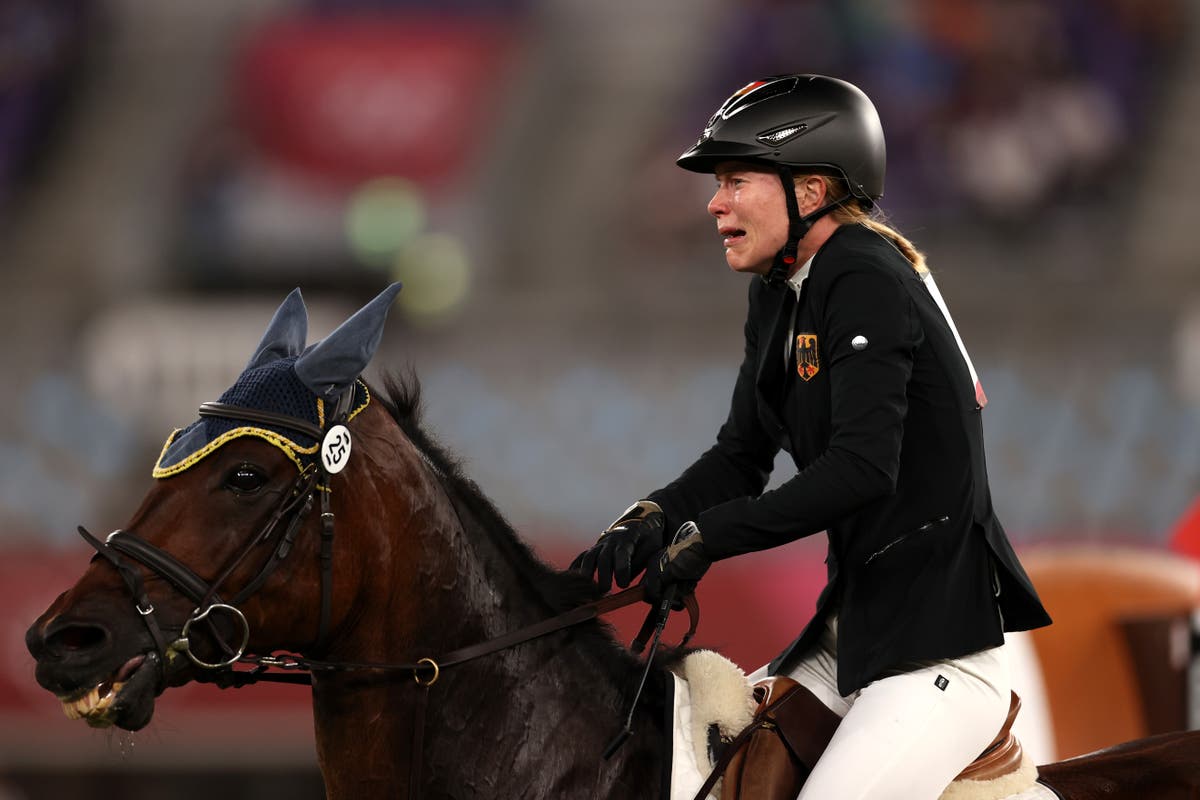 An Olympic pentathlete was left in tears as her horse refused to jump and she plummeted from the gold medal position toward the bottom of the competition.

Germany’s Annika Schleu was left inconsolable when her horse, Saint Boy, would not take on any obstacles in the show jumping portion of the pentathlon.

Schleu was leading the event after the fencing and swimming competitions.

But her horse’s refusal to cooperate cost her dearly, and after scoring zero points she fell from first position to 31st out of 36 competitors with just two events left.

Pentathletes do not bring their own horses to the Olympics but are instead randomly assigned one of 18 horses.

The pentathlon’s official governing body, UIPM, called her “the undoubted star” after the first day of competition.

But Schleu appeared to predict her equine disaster, when she was asked to preview the event.

“I will try to get my nerves to survive until tomorrow. It is just unbelievable. Everything I tried made sense, everything touched,” she said.

And she added: “If I am honest, I am a little scared as well.”

“I hope I manage to stay calm and concentrate on every discipline tomorrow. We don’t know the horse and in the riding, dreams can just die. You can go from first to last place.”

The incident was extra painful as Schleu narrowly missed out on a medal at Rio 2016, when she finished fourth.