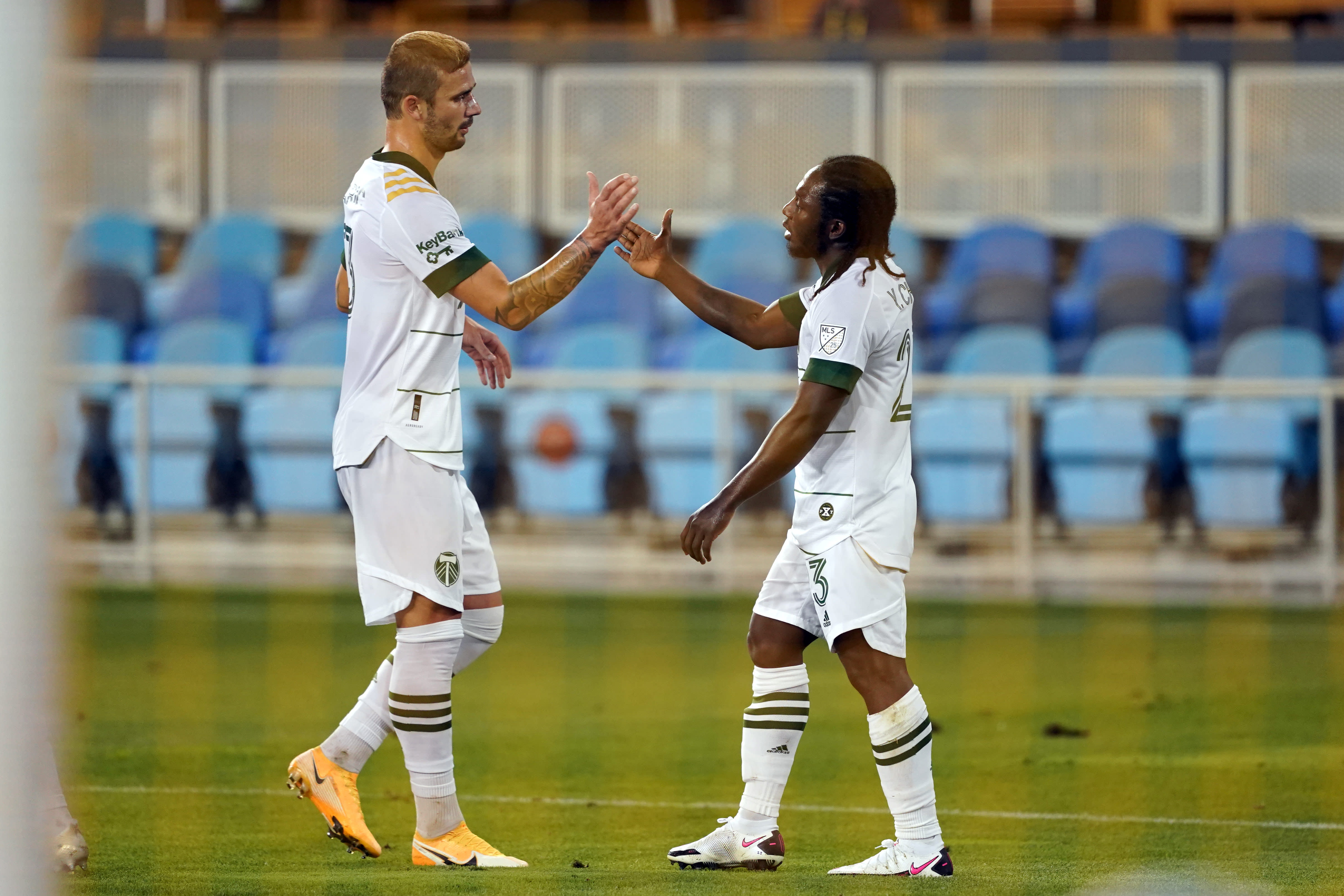 Wednesday evening, the Portland Timbers drew the San Jose Earthquakes 1-1 at Earthquakes Stadium and on Saturday, the two teams will meet again at the same stadium.

But due to COVID-19 protocols, the Timbers were not allowed to stay in Northern California between the games. Instead, they will make two separate same-day, down-and-back trips for the games in San Jose against the Earthquakes.

“We have to leave tonight and we have to follow the protocols,» said Savarese back on Wednesday. «We have to travel back again on the weekend the day of the game and then we’ll leave right after the match. We’re staying very strict with the protocols and it’s taxing. It’s difficult. Now we have to go back right away and in two days, we have to recover the team and be ready to play the same team traveling again to San Jose.»

Wednesday’s match was originally scheduled for August 26th, but the game got moved after both teams decided to protest the match to promote racial justice in the United States. The Timbers had already made the trip to San Jose when they made the decision.

Now, Portland makes the same trip twice in a week against a team that will make the Timbers sore the next day.

«It’s not easy, especially against a team that favors the physical part of the game. The running, the 1v1,» added Savarese Wednesday.

An additional concern of Savarese is the quantity of matches in such a short time span.

Saturday’s match will be the third contest in a week for Portland. Due to the schedule, Savarese has rested key players such as Diego Valeri and Jeremy Ebobisse whether it’s bringing them off the bench like he did with Jebo Wednesday or resting entirely like he did with the former MLS MVP.

“No player can endure to play in every single match,» Savarese told the media Friday morning who agreed the recent stretch is too many games. «You see that not only in our team but on other teams there’s players that get injured for different reasons. Muscle injuries are common when you play so many matches in a constant basis.»

Savarese will not allow his team to let the amount of games excuse poor effort or results on the field, however.

«Instead of complaining or looking at it in a negative way, we have to adapt to it, we need to embrace it. We have to figure [out] how to better use a roster at this time because it’s definitely very difficult.»

As for what the Timbers need to do to earn three points on Saturday, Savarese expects the Earthquakes to ugly the game up.

Additionally, the Timbers were unable to practice outdoors leading up to Wednesday’s match due to hazardous air conditions which limited their field space and made it more difficult for players who hadn’t played with one another to develop chemistry, such as Jaroslaw Niezgoda and Felipe Mora.

But, the Timbers were able to get some outdoor field time before Saturday’s match.

«For us, having a lot of players that haven’t played against [San Jose], or we couldn’t practice in normal conditions for those players that haven’t been playing together like Mora or Niezgoda, Yimmi [Chará] and others. Now they have a better understanding of hat to expect on the field,» said Savarese.

«I think this match we have a clear[er] understanding of our movements so we can utilize [them] in a much better way.»

Next up, the Portland Timbers will have a rematch of Wednesday’s 1-1 draw against San Jose at 7:30 p.m. PT on Saturday, September 19th.