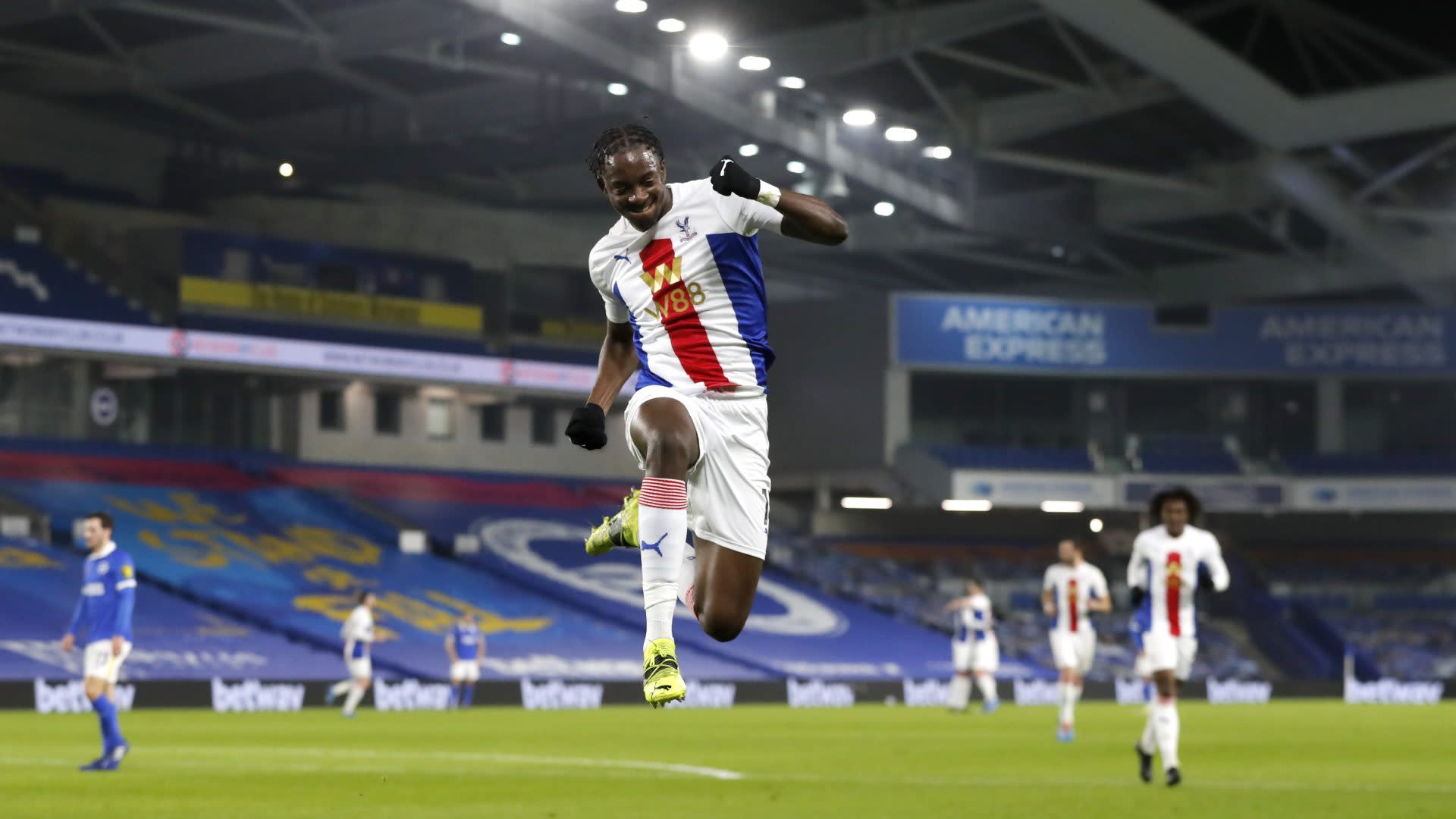 Brighton – Crystal Palace: Christian Benteke broke a stoppage-time deadlock to secure all three points in an all-time smash-and-grab job the Eagles at the Amex Stadium on Monday.

Jean-Philippe Mateta and Joel Veltman got the goals either side of halftime to set the stage for Benteke’s dramatic winner.

The victory gives Crystal Palace a massive amount of breathing space with regard to the relegation battle. Brighton, on the other hand, are starting to sweat.

1. Wins down at the bottom are oh so huge: Not only does Monday’s victory put Crystal Palace into 13th place, now 10 points clear of 18th-place Fulham, but it also places another team — Southampton — between the Eagles and the relegation zone. Had Crystal Palace been beaten on Monday, they would have remained seven points clear but would have also seen Brighton leapfrog them and drop them down to 15th. It wasn’t just a six-point swing one way or the other, but a difference of two places in the Premier League table as well.

2. The losses are even bigger: From five points clear of Fulham at 1-1 in the 94th minute, to so nearly going seven points clear with any number of golden scoring chances throughout the game, to finishing right where they started the day — and three points worse off than at weekend’s start — Brighton look like they belong in a three-way battle alongside Fulham and Newcastle United.

3. Criminally wasteful finishing from Brighton, again: Monday was simply a continuation of the same old story, in which Brighton dominated the game (25-3 in terms of shots taken), had plenty of chances to score, failed to do so, and dropped points unnecessarily. For the vast majority of the field, Potter’s men are brilliant and comprehensive — they’re even good part of the way into the final third, as chance creation is hardly an issue. But, when it comes time to put the ball in the back of the net, they go from 7th in shots taken (12.9 per game) down to 15th in shots on target (3.9) — three of the five teams currently below them will be relegated, and the other two will stay up by the skin of their teeth. Only time will tell if they are made to pay for their transgressions.

Crystal Palace’s opener, which came in the 28th minute, was nothing short of sensational and a worthy goal of the season candidate. Jordan Ayew made his way down the right side of Brighton’s penalty area and crossed to the top of the six-yard box, where Mateta arrived with Ben White draped all over him. Unable to strike the ball as one normally would in such a space, Mateta had get creative, thus jan impossibly cool and casual spinning back-heel finish. Extra points for nutmegging Robert Sanchez.

The lead lasted 10 minutes into the second half before Brighton’s sustained pressure finally paid off. Danny Welbeck had the ball tackled away when he looked like shooting, only for it to fall to Veltman to his right. The Dutchman collected the ball and fired past Vicente Guaita to make it 1-1.

Brighton failed to go ahead through an almighty goal-mouth scramble in the 61st minute. Neal Maupay, Leandro Trossard and Welbeck all had efforts blocked or saved, from six yards and in, within a five-second period.

The winner came about as late as it could possibly do, with Benteke smashing a right-footed volley past Sanchez in the fourth minute of stoppage time. Andros Townsend lofted the ball high into the penalty area from the left wing, and Benteke did the rest from there.