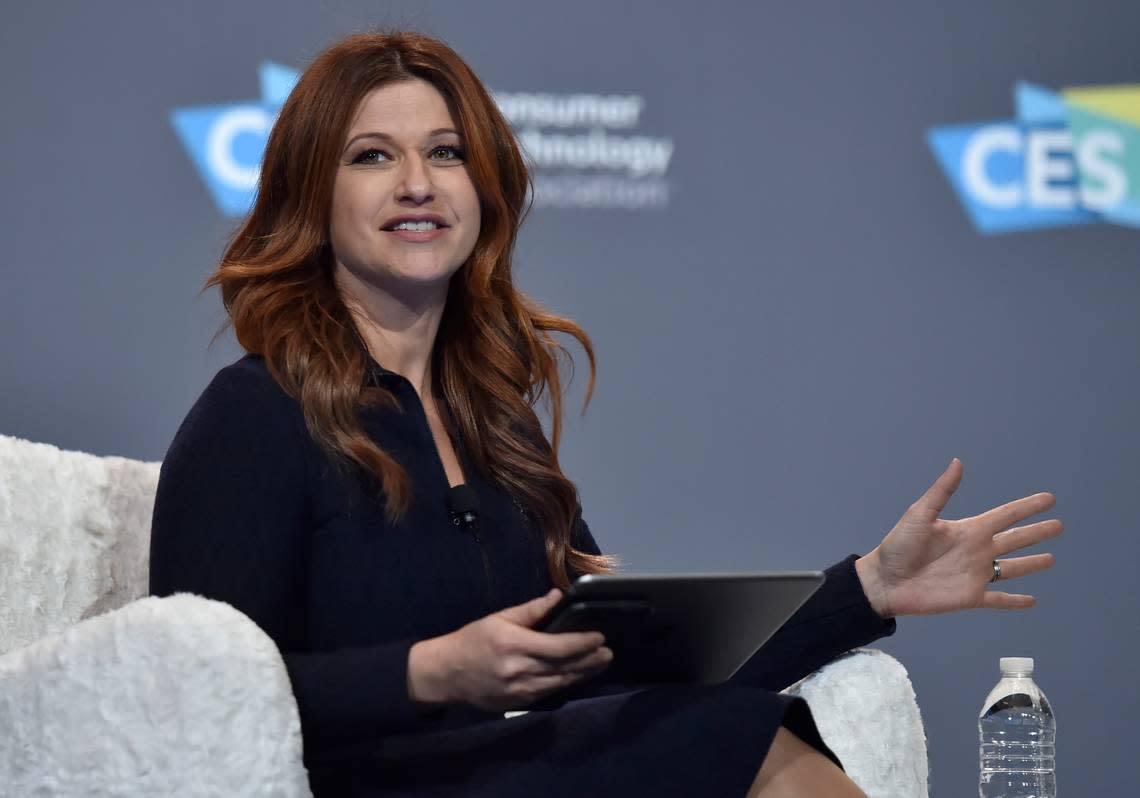 So Rachel Nichols is done at ESPN, and this was an inevitable ending since that day in early July that the New York Times reported the contents of a year-old secretly recorded conversation between Nichols and an associate — one in which she attributed the color of Maria Taylor’s skin to Taylor snagging the NBA Finals studio host job that Nichols coveted.

Was it fair that Nichols this week lost her weekday NBA TV show, “The Jump,” in part because of comments not intended for public consumption? In theory, no.

But here’s why Nichols remaining in her role was uncomfortable and ultimately untenable: Though she was widely embraced by the NBA community, Nichols — to her image-conscious employer — was tarnished because she fed into a stereotype that minorities procure positions in media because they are, well, minorities.

No matter how contrite she appeared publicly, it’s difficult to walk that back even if the comment was intended for a private audience, and even though there are other white people who lose out on a job to a minority who often privately express a reaction similar to Nichols’.

“I wish Maria Taylor all the success in the world — she covers football, she covers basketball,” Nichols said 13 months ago in what she believed was a private conversation with publicist Adam Mendelsohn from the NBA’s Disney bubble last July, but was overheard by ESPN colleagues through a computer server and eventually obtained by The New York Times.

“If you need to give her more things to do because you are feeling pressure about your crappy longtime record on diversity — which, by the way, I know personally from the female side of it — like, go for it. Just find it somewhere else. You are not going to find it from me or taking my thing away.”

Here was the flaw in Nichols’ comment to Mendelsohn:

Taylor — who left last month for an NFL and Olympic role with NBC — and Nichols are comparable talents, and it was entirely reasonable to split the network’s marquee studio jobs between both, regardless of the race or gender of either of them.

Why should Nichols — who was afforded five hours of live television each week on The Jump — also do all of the pregame and halftime studio programming, too?

Didn’t Taylor — who is Black — also deserve a role?

And there’s precedent throughout network television for splitting assignments. ABC’s news division, for years, has had David Muir anchor its weeknight newscast but George Stephanopoulos anchor prime time political coverage. (Muir assumed more of those duties in a new contract.)

In canceling “The Jump,” ESPN indicated that it will create new NBA studio programming on weekdays, content that likely will more closely mirror “NFL Live,” which follows “The Jump.”

And though Nichols’ private comments were a significant factor in her losing her show, they weren’t the only reasons, a source insisted.

If ESPN wants its weekday NBA studio show to resemble its NFL counterpart, Nichols wasn’t the ideal fit for this reason: She injected her opinion far more than any other studio host at the network.

To Nichols’ credit, she’s sharp, always prepared and her opening monologues were consistently well written. But Nichols felt compelled to give her opinion on virtually every question she posed to her analysts.

In that regard, the contrast between Nichols and Rutledge was stark.

For all of Nichols’ talents as a wordsmith, developed during a previous newspaper career, The Jump nevertheless dragged at times because she felt compelled to interject her opinion on virtually everything, and rarely did it concisely.

Nichols — unlikely to appear again on ESPN in any role — will be paid off the remaining year-plus of her contract and left this week with class, tweeting that she “got to create a whole show and spend five years hanging out with some of my favorite people talking about one my favorite things. An eternal thank you to our amazing producers & crew — The Jump was never built to last forever but it sure was fun.”

Her comments about Taylor shouldn’t be a death sentence in the industry; we have heard far worse.

And ESPN should have been more proactive handling this soap opera – which simmered behind the scenes for a year – and not permitted Taylor to essentially bar Nichols from appearing live on ABC’s NBA pregame show last season, which was an infantile “don’t play in my sandbox” reaction by Taylor.

The person who stands to benefit most from this tumult — Taylor leaving, Nichols being told to leave — is Malika Andrews, a rising talent who filled in for Nichols on the final days of “The Jump” last week, before Nichols was informed her show was being canceled.

Andrews — poised, smart and likable — aced ABC’s sideline reporting gig during the Finals and the Milwaukee Bucks’ trophy presentation and has a bright future in the business. She’s a natural choice for either the Jump’s reincarnation, ABC and ESPN NBA pregame shows or both.

The mystery is why ABC and ESPN can never seem to create a compelling NBA pregame show. One reason: ESPN doesn’t use either its most skilled studio analyst (Tim Legler), its most recognizable and bombastic (Stephen A. Smith) or the two analysts who have the best chemistry (Kendrick Perkins and Richard Jefferson).

Using any of those four — either replacing or supplementing — pleasant but predictable Jalen Rose and Jay Williams would inject life into a studio show that offers viewers no compelling reason to watch.

Atlantic Broadband — which serves much of Miami Beach and North Bay Village and other pockets of Miami-Dade — will begin carrying ACC Network on Wednesday. Comcast reportedly also is nearing an agreement to carry ACC Network…

ESPN will use Sean McDonough, Todd Blackledge and Todd McShay to call UM’s opener against Alabama at 3:30 p.m. Sept. 4 from Atlanta…

The network’s No. 3 team — Kevin Harlan and Trent Green — call the Dolphins’ regular-season opener at New England, but much of the country will get Cleveland-Kansas City instead….

Stan Van Gundy, fired by the New Orleans Pelicans after one season as their coach, is expected to rejoin TNT as an NBA game analyst.